Who doesn’t want to party with friends, family or colleagues? Almost everyone does. But, the party needs to be organized well. Otherwise, that will make a bad impression on your friends or any other party attendees. Obviously, there is no reason to do so when you have an iOS device. The most common things such as foods, drinks, and other elements cannot be missed or produced badly. Or, you will be ruined entirely. If you are about to manage a party on your own, here are some simple iOS or iPhone apps those can let you organize a better party.

These following apps are not free always. Sometimes, you may have to spend a little money to grab all the features.

This app is designed for iOS 7.1 and later version of iPhone and iPad. Since this is available for iOS 7.1 and later version, you would get a clear user interface with neat and clean functions. You would be able to manage your recipes, make a menu, generate a shopping list for the party, import recipe from other websites and more. At the same time, you can save a lot of money by comparing the deals of different things. From glossary to drinks – everything can be compared on this app. the best part of this app is it shows full recipe, cooking time, ingredients, etc. Download

Birthday Party & Event Planner Lite is yet another all-in-one app that assists users to plan individual expense, check due tasks, make the guest list, show details of each task, send party countdown, and more. This is possible to check individual expense, fully paid amount as well as the partially paid amount to someone and more. You can also manage the computing the number of drinks, foods, and more. However, not all the features are free since you can unlock the guest-list by spending £0.79. Apart from that, if you want to remove ads from this app, do purchase the add-free version for £0.79. Download

Amazon Prime users can take the help of Amazon Prime Now app to get groceries delivered within moments. This is possible to get products in two different ways. You can either set 1-hour time span or set other time. However, you must have to be an Amazon Prime subscriber to use this app. the only requirement is you must have to buy products worth £20 or more. You can get almost anything for your foods on Amazon. Talking about the delivery, you would not get any problem since this is being managed by Amazon, the most popular e-commerce website. Download 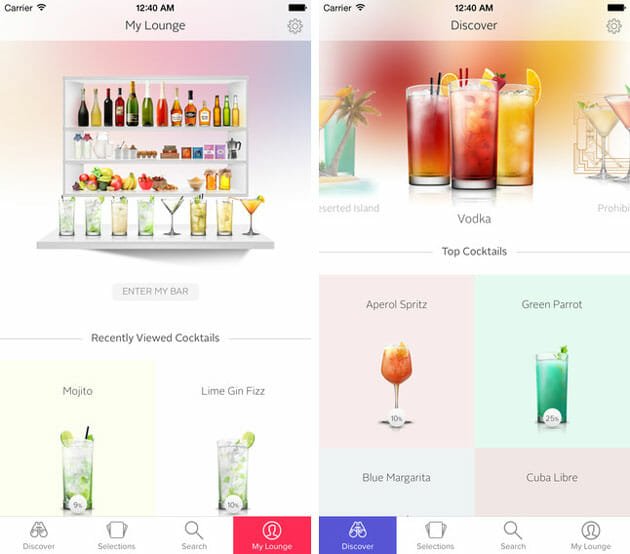 A party without drinks is unimaginable. Since everyone drinks at a party here is a great iOS app to make different cocktails. You will get tons of recipes to make different cocktail, drinks and more. Almost 600 cocktails can be done with the help of Cocktail Flow. Talking about the user interface, Cocktail Flow looks great. As this app is available for iOS 7.0 and later version, the UI would be much better. Regarding the compatibility, you need to have either iPhone or iPad to utilize this app. Download

Apparently, you can find loads of other free and paid iOS/iPhone apps to organize a better party. However, these apps would help you to manage a party from the ground. Hope these will help you as well.