Custom ROM – Do I Need it for My Android?

In the world of mobiles, where Touchscreen phones have revolutionised the whole world, Google’s Android has been one of the biggest player in the smartphone industry. Since 2010, with the introduction of the first true Android Smartphone – Google Nexus One, and the Samsung Galaxy S, millions of users have turned to Android for their smartphone needs. Few things that Android did to achieve such a phenomenal success was that the kernel code was open sourced, the OEMs have the complete freedom to do what they wish with or on top of Android OS. It has penetrated to every device that is out there in the technology market – phones, tablets, laptops, computers, smart T.Vs etc. Players like Amazon, Nook etc have their heavily customized version of Android on their ereaders and tablets. Android is certainly everywhere.

If you are reading this post, I assume you own or have seen an Android device. Its equally likely that you might heard of Rooting, Bootloader unlock and Custom ROMs and wondering what the fuss about all these. In my previous article I have explained what is Rooting and whether you need to get your Android rooted. Today we are going to touch upon Custom ROMs.

What is a Custom ROM?

Custom ROM is basically a port of the original Android OS with tweaks. That is some developer/hacker gets the source code of Android, make changes to the already existing code, make it compatible with an Android hardware and distribute this ROM to the rest of the world. The changes that one can make might be just cosmetic changes or some whole new feature set or functionality added to the existing Android OS.

Stock ROM, on the other hand, is a the original ROM released by Google ported to an Android device as it is. The problem with Stock ROMs is that it is specifically designed and optimised for an Android device and it would have to be modified to be compatible with another hardware. Custom ROMs goes ahead a step further and the developers here add new functionality, make some cosmetic changes, even bring a great new kernel for fast loading. 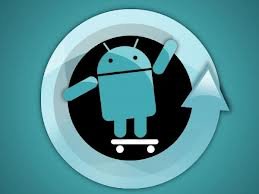 Some of the big names in the Custom ROM industry include CyanogenMod, AOKP and more. These guys work hard to get the latest versions of Android into almost every Android devices out there, and also they have ports for non-Android devices such as the HP Touchpad, Playbook etc. In fact they have custom ROMs for almost all the devices in the market, even iPhone!

Why do we need a Custom ROM?

There are several things as to why you might want to check out a custom ROM suitable for your phone. 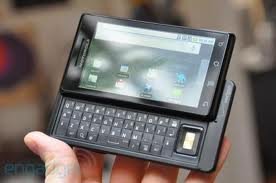 This is one of the primary reasons why people go for Custom ROMs. The manufacturers of Android phones would end the support to the older devices in favor of the latest ones. Devices like the Samsung Galaxy S have received the last official update from Samsung in the form of Android 2.3.3 Gingerbread, which is pretty ancient in the present times. Moreover this phone is perfectly capable of running the latest iterations of Android such as the 4.0 Ice Cream Sandwich or the 4.1/4.2 Jelly Bean. Fortunately there are plenty of modders who have provided the ports for the latest version of Android to such devices.

Sometimes the phones come in with bloatware of the manufacturers that cannot be deleted. The OEMs skin on top of the Android does not suit your taste, example the Touch Wiz from Samsung and Sense from HTC. With Custom ROMs, you are free to choose the skin of your choice. There are many ROMs out there that you won’t be left without options. People nowadays prefer the stock version of Android found on the Google Nexus devices and there are many Custom ROMs that provide these options. 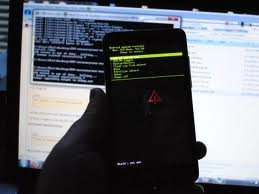 Some Custom ROMs also tweak the Android source, remove garbage, add new modules etc to make it more efficient and boost performance. I own a Galaxy S I9000, and with a Semaphore Kernel that’s built on Linaro, my phone is pretty fast and smooth, and battery efficient. Some ROMs remove the excess apps and bloatware found in the official ROMs and provide you a stripped down version of the ROM.

Many do this just for fun and there are people who love to tinker with their devices. They could do hardware tweaks such as over-clocking, increase RAM, faster SD card write and more.

Having mentioned all the reasons why you would want to use one, Custom ROMs do have their share of troubles. Often the process of flashing a Custom ROM can lead to temporary bricking of the phone (main cause of panic among the novices). Users of Custom ROMs do face issues such as random reboots, slower app performances, app crashes and many more. It’s more likely that one would have to play around with multiple custom ROMs to find the best ROM for day to day use. I myself might have tried around 20 different custom ROMs before finally settling on the Slim Bean ROM. So if you are thinking about flashing you android with a Custom ROM, you have to be prepared to take the risk.

I hope you find this brief introduction of Custom ROMs interesting and valuable and help in your decision of whether to use a Custom ROM or not. Custom ROM give you deeper control of your device and freedom to customize your Android experience. But it also comes along with teething issues that you can face either during flashing process or daily usage of the ROM. The best part of the Android is that you can always switch back to the official ROM, either by yourself or by the manufacturer, whenever something goes disarray.

In the future we will discuss how you can start off with installing a Custom ROM yourself. Please feel free to write your thoughts on our comments page.