Metal-made Huawei GX8 officially launches in the US

The Shenzhen based mobile company, Huawei, has launched a brand new mobile in the US, which is known as Huawei GX8. Previously, it was launched in the China, the home country of the company and now it is heading over to the another big smartphone marker aka USA. This is not the first time, when this Chinese mobile company is doing something like this, but earlier they have done it many times.

Anyway, talking about this mobile, it has a complete metal body with some awesome specifications. As it does support LTE, the LTE edition of Huawei GX8 will be launched through AT&T and T-Mobile, which are two big mobile carriers in the US. Although, it will be known as complete metal body but you can certainly find plastic and other material. Hence, the actual coverage is 90%. If you are living in the US and want to purchase a new mobile, Huawei GX8 can be an option for you. Let’s check out the specifications of this mobile.

First thing is this is an Android mobile running Android 5.1.1, which is obviously NOT the latest version of Android. However, Huawei will upgrade their mobiles to Android Marshmallow very soon. That should not be a concern at all. At the same time, you will get 4G LTE support, which is very common in today’s competitive mobile world. As mentioned before, you can get the mobile via AT&T and T-Mobile with LTE support.

Therefore, the next thing you should consider is looks and performance. In terms of looks, this mobile is probably the best one that Huawei have created. As it has a meta body, there is nothing to worry about the scratch and slight accidental damage. The white edition of Huawei GX8 looks amazing and this is one of the reasons, why you should opt for it. The dimension of this mobile is bit big as the dimension is 6 x 3 x 0.3 inches, which is slightly more than usual. At the same time, it weighs 167gms. Comparing with the body, the weight of this mobile is not too heavy and this is second plus point of Huawei GX8. 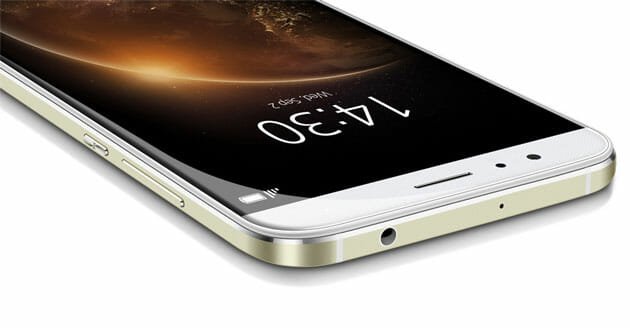 The next thing is display. You will get a display of 5.5-inch, which is massive indeed. It is a full HD display that supports 1080p codec. In terms of display, you should not worry about. The next big thing is it comes with Octa-core processor, which is better than quad-core. Generally, mobiles come with quad-core but this time, you will get a mobile with octa-core processor. On the other hand, 2GB RAM is included along with 16GB internal storage. You will certainly get the microSD card support.

Talking about the camera, you will get 13MP rear camera along with LED flash and all the regular features like geo-tagging, touch focus, panorama, HDR etc. The best part is you can record slow motion video using the rear camera. Not only the one rear camera, but also you will get front facing camera.

As of now, we have this much information. For your information, this mobile is being sold on Amazon for $349.99.