The famous Chinese electronic manufacturing company, Xiaomi announced its own tablet Mi Pad 2 as a successor to Mi Pad along with Redmi Note 3, a 5.5 inch phablet. The company claims that this tablet is thinner and lighter than it’s previous version even though it is made up of metal. Let’s take a look at the specs of this device.

Mi Pad 2 is a metallic made device with curved edges. It features a 7.9 inch IPS display (2048 x 1536 resolution) having a pixel density of 326 ppi. It is the same resolution as iPad mini 4. The dimensions of this device are 200.4 mm length, 132.6 mm breadth and 6.95mm thick. This device weighs 322 grams in hand. This tablet is available in two colors : Dark Grey and Champagne Gold. 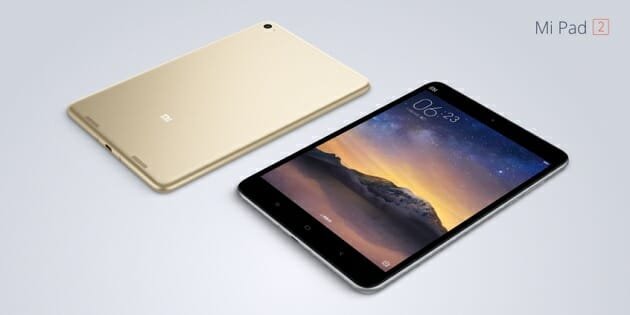 Size is one of the main things we should be looking while buying a tablet. Even though This year tablets with huge sizes got unveiled by Apple and Samsung with an intention being able to replace a laptop, this device features 7.9 inch display which is appropriate for a tablet.
Unlike Mi Pad, its predecessor, which was made out of plastic, Mi Pad 2 has a metal unibody design. Even though it is metal, the company claims that it is 18% thinner and 38 grams lighter than Mi pad. And yes, it is only 6.95 mm thick, (looks like thinner than most mobile phones ) and weighs 322 grams in hand. This device looks like an iPad now in design. And it has HD display which would be nice with appropriate brightness and color production. Viewing angles would be great and you can expect no issues while using this display.

Mi Pad 2 features a 2.4 GHz 14nm 64-bit quad-core Intel X5-Z4500 processor coupled with Intel HD Graphics GPU unlike its predecessor, Mi Pad which had Nvidia Tegra K1 chip and making the first device from Xiaomi powered by Intel processor. It has a 2GB RAM and available in two storage variants: 16/64GB flash storage. Another thing is that Mi Pad 2 comes in both Windows 10 and MIUI 7 running on top of Android.

Again, it has quad core processor to live up to your expectations. It would do best what a tablet can do and handles your usage seamlessly. You can play games, watch HD videos, perform multi tasking in this device and you would rarely find any lag. It has got backed with enough memory also so that you can store your data like photos, videos and other stuff. If price is not a problem for you, better go for 64GB variant.

Mi Pad 2 has 8MP primary camera and 5MP front camera. Although you cannot expect best camera performance from a tablet, Xiaomi Mi Pad 2 give you decent performance and you can expect decent shots with this camera with appropriate saturation. Front camera would fulfill its purposes such as video calling and taking selfies etc.

Battery Life and Other Features

Even though this is a tablet, it packs some nice features such as Preventing accidental presses especially in landscape mode, Reading Mode– Which reduces blue light while you are reading something on this tablet reducing your eye fatigue.

Mi Pad 2 got released in China today. Android version (running MIUI 7 on top) comes in two storage variants 32GB and 64 GB which are priced at RMB 999 and RMB 1299. Windows 10 version comes only 64GB and price at RMB 1299. All these devices are expected to strike Market soon. If you love products from Xiaomi and satisfied with the quality you can definitely buy this tablet. If you are not a fan of MIUI like some people, you can anyway go for Windows 10 version of this tablet. 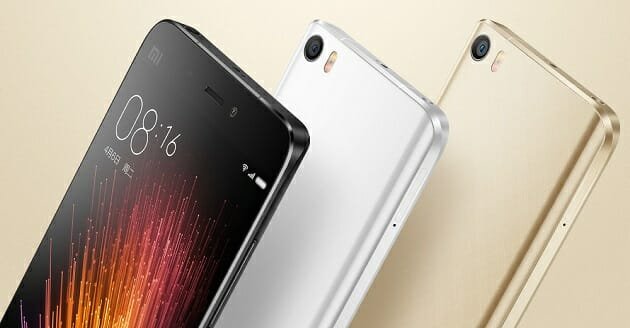