Undoubtedly, Netflix is the best video streaming site that offers a huge number of movies, and TV shows those you can stream on almost any device including Windows, Mac, Android, as well as iOS. If you have the official Netflix app in your iOS device also known as iPhone or iPad and you want to improve the performance or do more with Netflix or find some unknown yet interesting shows on Netflix, you should check out these apps.

These apps won’t stream Netflix videos. Instead, they will let you choose a video that you might be interested in. 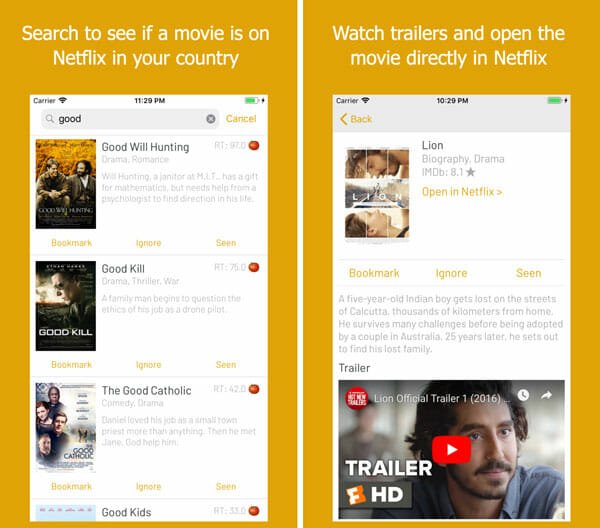 WatchFlix is a very useful Netflix companion that lets you find the best shows or films that are currently streaming on Netflix in your country. As Netflix has a country-specific barrier, WatchFlix shows only videos that are available in your country. To choose a good video, IMDb and Rotten Tomatoes play a vital role. Being said that, WatchFlix marks items as interesting based on the reviews a show has got on those sites. Although you cannot watch the full video, you can watch the trailer so that you can decide whether you should watch or not. Apart from that, you can check out a little or brief description that will help you when you are watching a foreign movie trailer. Regarding compatibility, you need iOS 11.4 or later version. Download 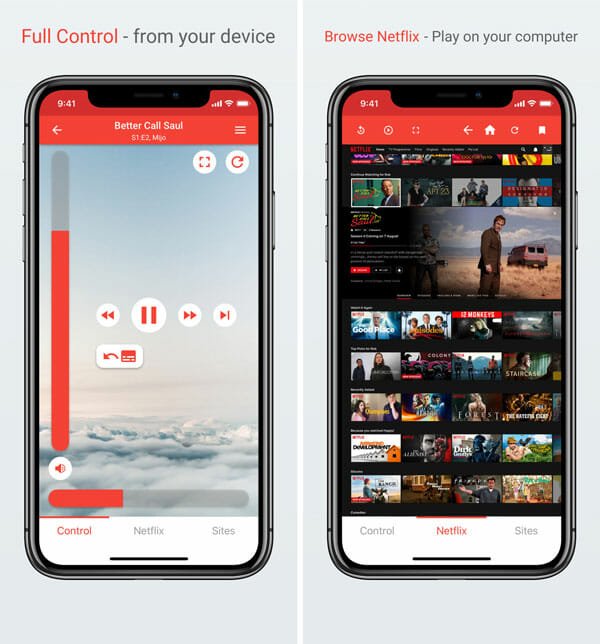 If you are watching a Netflix video on a computer monitor and that is quite far from you, and you do not want to move feet an inch to make some changes. Chill Remote helps you do several changes on your PC while playing Netflix videos right from your iOS device also known as iPhone or iPad. You can change the volume, play/pause, play the next episode of a TV series and more others. Apart from that, you can find some of the best movies and TV shows with the help of this simple and free iOS application. Being available for iOS 11.2 or later version, you can install it on the iPhone as well as iPad. To set it up, you need to visit  https://chillremote.tv website and install the Chill Remote extension in Google Chrome. Download 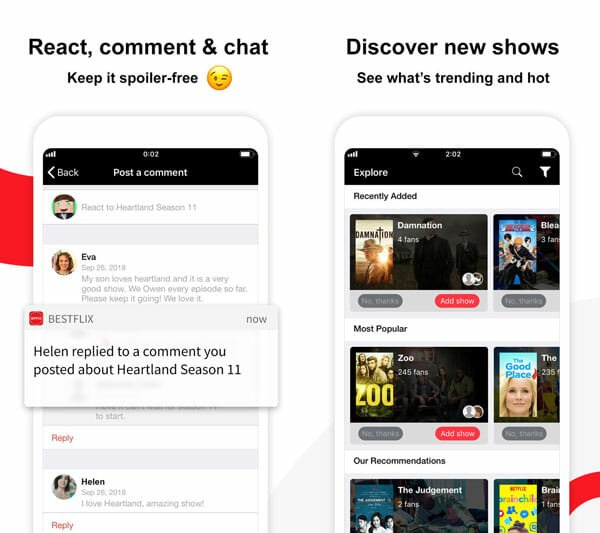 BestFlix is yet another awesome iOS application that helps you find the best movies and TV shows. As the name suggests, it helps you find the top-rated videos that you can stream on Netflix. You will get a complete calendar of all Netflix premiers so that you cannot miss anything. BestFlix shows the IMDb rating so that you can find which show is good, better and the best. Apart from that, you can read different news related to Netflix. Sometimes, it will let you find top-notch content that you can watch on Netflix. The user interface of BestFlix is quite good, and you will find all the essential details of a show in this app. Talking about availability, you can download it on iOS 10.0 or later version. Download 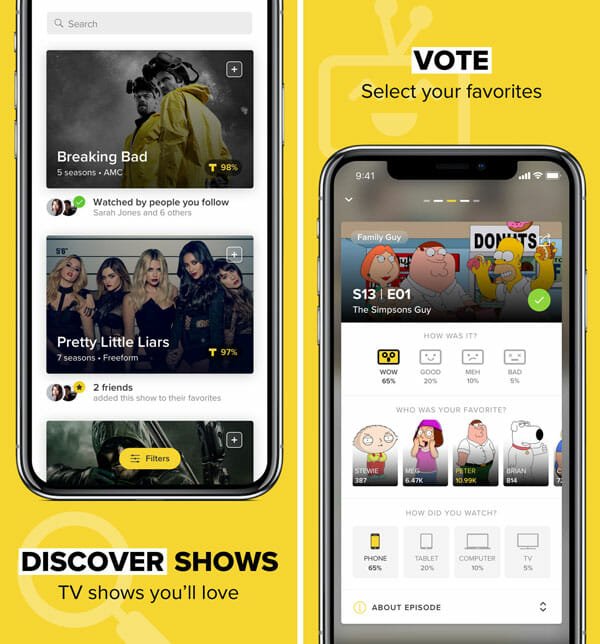 Although TV Time app is Netflix specific app, you can use it to find some interesting shows and movies on Netflix. This is a show tracker app that helps you find when a new episode of a TV series gets released. Many times, we want to watch the next episode of a show, but it has not been released yet. At such moments, you can utilize this app to find when the next episode is going to be released. You will also get notifications when it happens. Apart from that, this is possible to discover news shows, rate a show, character, and more others. Talking about available websites, you can track shows from Netflix, ABC, NBC, Fix, Hulu, Amazon, HBO, MTV, BBC, and more others. Regarding availability, you can download it on iOS 10.0 or later version. Download 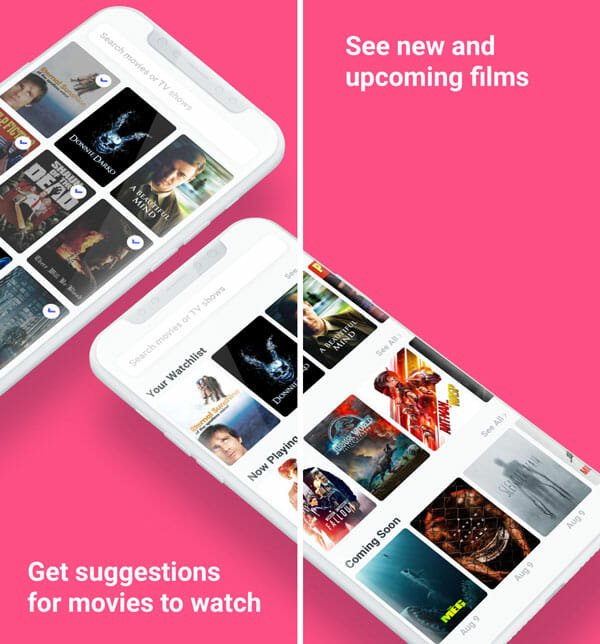 This app is available for iOS 9.0 or later version, you can download it for iPhone only. If you are looking for a great user interface, MovieList can let you stop that search. Like some other apps, you can find ratings from IMDb and Rotten Tomatoes. Apart from that, you can get suggestions for various movies or TV shows. Also, it can work as a new show tracker. Having said that, you can check when a new movie or TV show is going to release on Netflix. The best thing about this tool is that you can buy a ticket from this app so that you watch movies in various theaters. Another important feature is you can find where to watch a particular movie. Many times, you may find a movie in this app, but that is not available on Netflix. At such moments, you can check whether the movie is available on Netflix or Amazon, or iTunes or Hulu. Download

That’s all! These are some of the best Netflix related apps for the iPhone and iPad. Hope they would help you a lot.