OnePlus X VS Xiaomi Mi 4: Which is Better and Why?

Nowadays, Chinese mobile manufacturers are doing really well – mainly in India. They are launching affordable mobile one after another. As a result, the whole world (Mainly India & China) has got loads of mobiles since 2014. However, just few days back, OnePlus has launched a new mobile called OnePlus X, which is up to the mark in terms of features. On the other hand, there is another mobile from another Chinese brand, which is known as Xiaomi and the mobile is Xiaomi Mi 4 that is very much comparable with OnePlus X.

Although, Xiaomi Mi 4 is pretty old and it’s been 1.5 years since Xiaomi has launched this mobile, yet this is very trendy among mid-range mobile buyers in India. Therefore, if you want to buy a mid-range mobile in near future but you are totally confused, follow this comparison between OnePlus X and Xiaomi Mi 4. 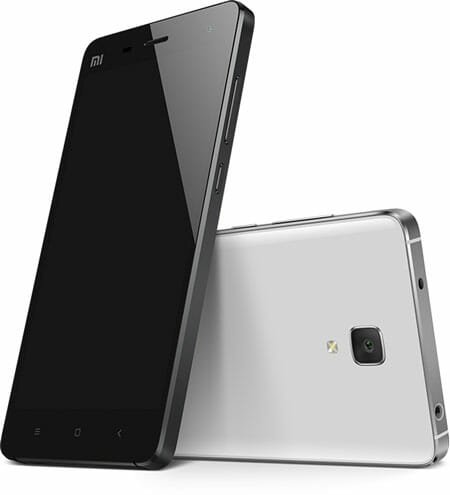 Both of the mobiles comes with a few couple of similar features. But, they have some differences indeed, which are going to reveal here.

For mid-range smartphones, people always check the design aka body of the mobile. If you are one of them, you should know that OnePlus X comes with a Glass back panel along with metal frame and one the other hand, Xiaomi Mi 4 has an aluminum body. Although, this is not yet confirmed, yet, it seems the aluminum body is more sustainable.

In terms of port placement, both of the mobiles look same since they both have the USB port in between the mobile speakers and the power button is placed where it should be. Therefore, you cannot find any major difference in both mobiles and both of them are pretty good in terms of this placement.

Actually, there is no big difference since Xiaomi Mi 4 comes with 5 inch IPS display and OnePlus X comes with 5 inch AMOLED display. You know that IPS display is quite better than the AMOLED display but it all depends on the overall architecture and the manufacturer. According to the users, Xiaomi’s color reproduction capability is much higher than other mobiles. Therefore, you can choose Xiaomi Mi 4 as a winner. For the reviewer, this is much difficult to confirm because they both have similar screen resolution, which makes the competitor tighter. Nevertheless, the only difference is OnePlus X is protected with Corning Gorilla Glass 3 but Xiaomi Mi 4 has no such element in the mobile.

Here is another conflict since Mi 4 and OnePlus X have same chipset. They both come with Qualcomm Snapdragon 801. But, the clock speed has a distinction. The clock speed of OnePlus X is 2.3 GHz when the clock speed of Xiaomi Mi 4 is 2.5 GHz. However, there should not be any huge uplift as both of mobiles have 3GB of RAM. Nowadays, the vast majority of mobiles come with 2GB of RAM but both of them are having 3GB of RAM. On the other hand, Mi 4 and OnePlus have Adreno 330 as well.

The 13MP camera of Xiaomi Mi 4 is really useful for all the users. As Xiaomi has a better color reproduction, there is high chance to get better photo in sunlight as well as low light area from Xiaomi Mi 4. But, OnePlus X is also not bad. It contains optical image stabilization, which makes photo even better and this is another reason, OnePlus X will provide better photo at least in sunlight. Another plus point of OnePlus X is it has 4K video recording option, which is unavailable on Xiaomi Mi 4. Considering all the options, you can opt for OnePlus X.

Battery always play a vital role in mid-range smartphones. Anyway, there is a big difference in terms of battery of those mobiles. You will get 3080 mAh Li-Ion batter in Xiaomi Mi 4, which is capable of providing 280 hours of standby on 3G. But, OnePlus X comes with a Li-Po 2525 mAh battery, which can provide max 200 hours of standby on 3G. This is where Xiaomi Mi 4 excels.

The final word is PRICE. Although, both of the mobiles have quite similar features, yet the price of OnePlus X is higher than Xiaomi Mi 4. OnePlus X costs around 270 Euro when the Xiaomi Mi 4 is priced at 240 Euro. Now, you have to choose whether you want to spend 270 euro or 240 euro.