In September, Sony announced Xperia Z5 Premium at IFA, which is not only just good but also an amazing phone at such an affordable price. However, Sony Xperia Z5 is not bad at all. In fact, it can compete with other big brands’ most successful mobiles like Samsung galaxy S6 and others. As both of the mobiles are Android smartphones, you may consider one of them as your primary smartphone. Therefore, if you are thinking to buy one of them but you are totally confused, do check out this detailed comparison.

After announcing about the flagship of Sony Xperia, people have started gathering news about this new comer, which has already blown thousands of people mind within moments. On the other hand, the Samsung’s beast is one of the most successful mobiles out there, which was announced in March of this year and has been available since April 2015. 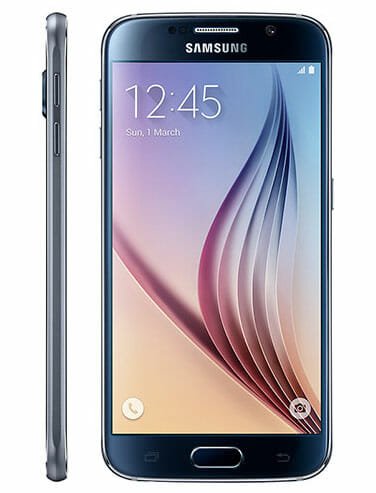 Both of the mobiles have 4G support, which means you will get 4G LTE alongside regular 2G and 3G network. The network frequency is almost same and it implies that you will get quite same network speed in both of them. However, according to some professionals, Samsung Galaxy S6 is capable of proving better speed on 4G LTE. This is not confirmed yet. Although, the speed of Galaxy S6 is not measured yet, but Xperia Z5 is capable of providing up to 107 kbps on GPRS and 296 kbps on EDGE.

When it comes to body and overlook, Sony Xperia Z5 steals the show since it has better body. However, when it compare them by hardware, you will consider Galaxy S6 as the winner because of having a glossy body. This time, Sony’s traditional looks has failed in front of Samsung galaxy S6.

The dimension of Sony Xperia Z5 is 5.75 x 2.83 x 0.29 inch and the dimension of Samsung Galaxy S6 is 5.65 x 2.78 x 0.27 inch. Although, both of them are quite large in size, yet they are comfortable in one hand. Obviously, this is quite difficult to use them one handedly, but, they are really comfortable to use.

As there is a difference between dimensions, you will get some differences in weight too. The weight of Xperia Z5 is 154gm when 138gm is the weight of Samsung Galaxy S6.

There is another difference and plus point in Galaxy S6. Galaxy S6 is having Corning Gorilla Glass 4 in the back panel and Sony Xperia Z5 has no such things. This is where Galaxy S6 excels.

Both of the smartphones have 3GB of RAM, which will help you to do multi-tasking better. However, you will get 32GB internal storage in Sony Speria Z5 that can be extended up to 200 GB using microSD card. However, Samsung Galaxy S6 has no microSD card support but you will get 3 different variants i.e. 32GB, 64GB and 128GB.

Sony and Samsung always provide much better camera than other companies. But, when you will compare camera of Sony and Samsung, Sony will steal the show. This time, there is no exception. A 23MP rear camera is included in Xperia Z5, when a 16MP rear camera is included in Galaxy S6. The image resolution of Xperia Z5 is 5520 х 4140 pixels and the resolution of Samsung’s side is 2988 x 5312 pixels. Apart from that, you will get optical image stabilization in Galaxy S6 alongside autofocus, LED flash etc.

Here is the list of all Sony mobiles those will get Android Marshmallow update.