What is New in Windows 10 Mobile Insider Preview Build 10572

Microsoft has introduced yet another preview build for Build 10565 or higher build users. This update is rolling out to the Fast Ring and more than 50% users have already downloaded this update. Having said that, before downloading Windows 10 Mobile Insider Preview Build 10572, you should consider all the things relating to this update. Everything signifies what is new, known issues, resolved issues and others. You know that this is an Insider preview and hence it contains bugs. Consequently, it is always recommended to look at the known issues before installing. Otherwise, you can experience numerous complications right after completing the installation.

What is New in Windows 10 Mobile Insider Preview Build 10572

Microsoft has incorporated some substantial enhancements in this Build 10572. A number of the big improvements are enlisted here.

This is probably the best update and best feature as well. People who often use PC rather than mobile, can get the advantage of this feature fully. Suppose, you have missed a call from someone. A notification will be displayed on your PC’s Cortana, where you will get two options aka Ignore and text reply. You can simply use Text Reply option to send texts from your PC. At the same time, this is also possible to send texts from Cortana on your PC. You just have to give a TEXT command.

A new option is included in the Cortana for Windows Phone 10. You will get Missed call notifications option in this new Cortana. If you want to get the aforementioned feature, just enable this feature.

Previous build came with some major issues in Skype. However, it is now solved. Now, users can check SMS and Phone from Skype. At the same time, this is also possible to use Skype video universal Windows apps. In addition, it supports animated GIF images, search for message, contacts from call history etc. 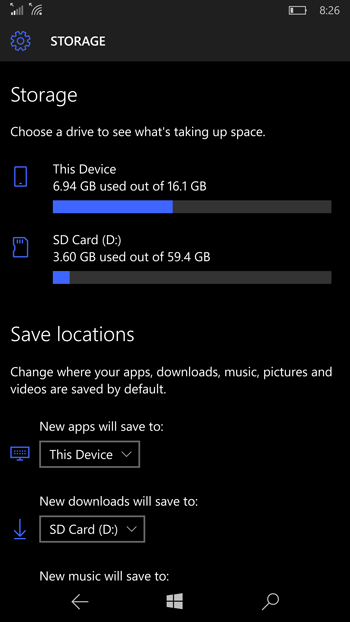 This new build of Windows 10 Mobile comes with a PC like storage settings user interface that will let you bring the same user experience throughout Windows 10 world. In this new Build, you can easily track internal storage usage, SD card usage, new apps installation path, new documents download path and more others.

Save Offline Maps to SD Card

Cortana is now smarter than earlier. Now, you can do more other things like track your leisure time, book Uber cab and more others. At the same time, you can set pickup location, destination etc. using Cortana. This is an amazing inclusion.

When Windows 10 Mobile Insider Preview Build 10572 has some new features and fixed so many issues, there are also some known issues in this Build. Here are some of them.

Some other common issues are here, 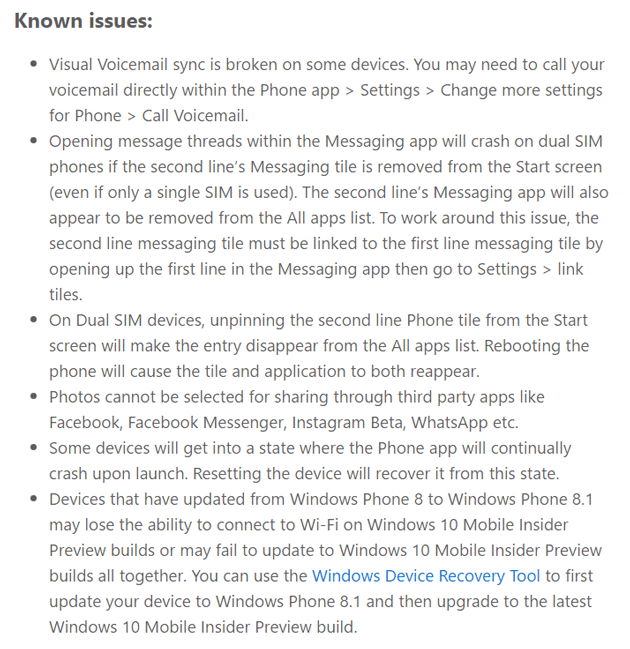 This is never recommended to install Windows 10 Mobile Insider Preview in your primary mobile. However, if you want to test it, you can install in secondary mobile. But, do check the known issues at first.