10 Most Popular Driving Games of All time

Driving a car is not easy, especially when you live in a country like India. However, driving a car on your mobile can be a helpful practice for the beginners. If you do not know driving, but you want to learn, here are some of the most popular driving games you can play to get an overview.

10 Most Popular Driving Games For Android and iOS

Dr. Driving is one of the best games you can download on your Android and iOS mobile. It doesn’t matter whether you have an iPhone or iPad, you can still install and play it without any issue. The user interface of this application looks old-school, but it does the job pretty well. You can learn how to drive a car, how to park a car, how to filter through traffic, and so on. Obviously, it doesn’t give you real-life experience, but you can know what to do and when.

You can download this game for Android 4.0.3 or later version and iOS 8.0 or later version. Although this app is available for free, you need to spend some money to unlock all the features.

This game is developed by the same developers as Dr. Driving. However, it is quite different than the previously mentioned game. You can do all the jobs as Dr. Driving. Apart from that, you can play this game with another player. As this is a driving game (not a simulator), there are more other features. You can race with your friend while filtering the traffic. It has various camera angles so that you can experience different views. 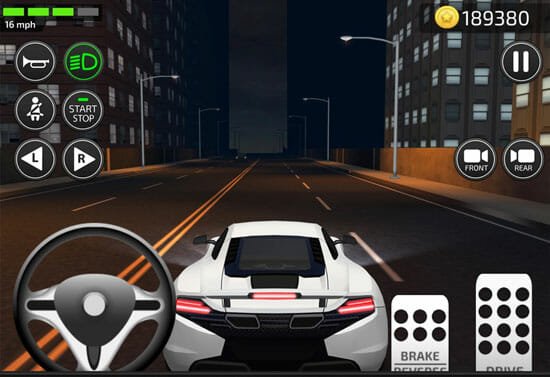 This is a car simulator or driving game for iOS. It is popular because of many reasons. First, the graphics are much better than other driving games. Second, it has more functionalities to customize the game. Third, it teaches you all the traffic signals so that you can follow them in real-life.

It has more than 80 traffic signals, 150 levels to play, 3 camera views, more than 135 cars to drive, and so on. No matter whether you know English, French, German, or any other language, you can play this game with ease since it is available in multiple languages. The unique thing about this game is you can find night driving mode, which is unavailable in most of the games.

Regarding availability, you need iOS 9.0 or later version on iPhone or iPad to install and play this driving game. Download 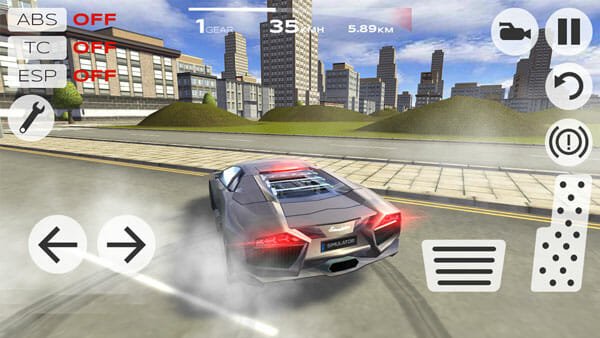 If you want to drive a supercar, this is what you need. This app allows you to experience how it’s like to drive a supercar in broad daylight and on road. This is a car simulator, which lets you perform all the jobs like a real car. That said, you can go through the traffic, park your car, rush to somewhere, etc.

This is possible to customize the car a bit so that you can get a different feel. It comes with a good number of supercars. The only problem with this game is it doesn’t look modern. Although your car looks fancy, other cars are captured from the 90’s. 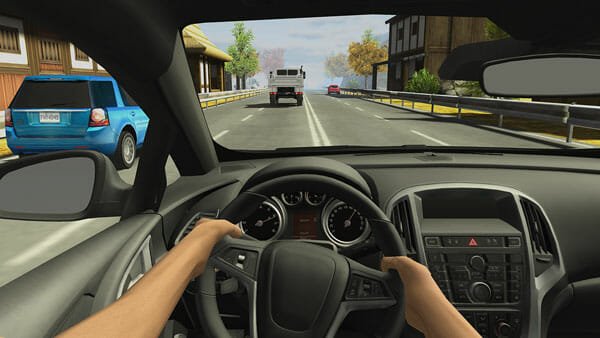 Although there is no multiplayer option, it is quite enjoyable while playing alone for time pass. The dashboard of all the cars look pretty old, but they provide all the information.

If you are interested in installing this game, make sure you have Android 2.3.3 or later version and iOS 6.0. Like some other games, you can download it for iPhone as well as iPad. 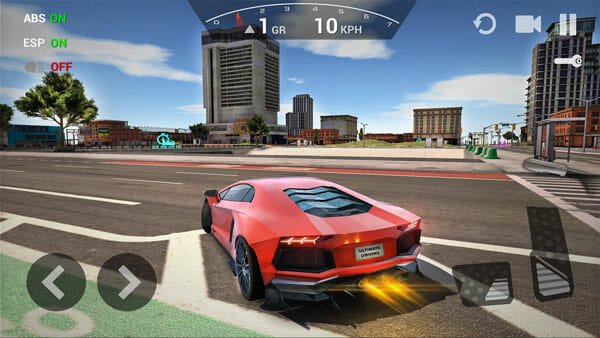 The graphics of this app is really good, and that is the highlight of this driving game. Being available only for Android, it is available for almost all the latest Android mobiles. You need Android 4.4 or later version.

You can find a world map. The good thing is you can choose any given location and start driving your car. The sound effect of this game is pretty good, and that has attracted a lot of users. It has a good number of cars. Therefore, you can try out any car whenever possible. However, not all cars are available for free. You need to spend money to purchase or unlock a car. Download