Everything Apple Launched at March 2016 Event

Yet another event has just taken place and this time, they have launched several new things for the consumers. Although, the list of new things is pretty low this time, yet, every launched gadget and software is going to be very useful and handy for the users. They have updated few things and launched something new. In other words, it was a mixed campaign for Apple lovers. So, without wasting any time, you can simply head over to the subsequent list, where you can find everything that Apple launched at March 2016 event. 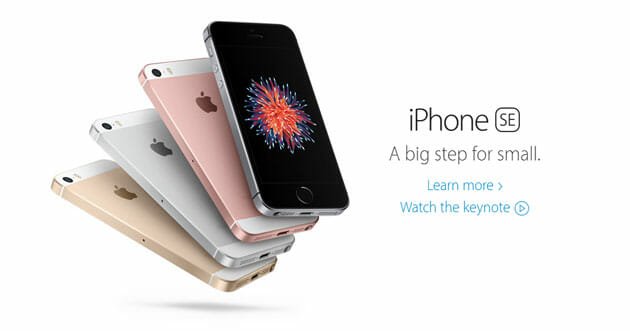 There were two trending rumors flying around the world and they were iPhone SE and iPhone 7. Even though, Apple has not launched iPhone 7, yet, they didn’t disappoint the users either. They have launched iPhone SE, which is a 4-inch iPhone. Yes, Apple again went to that phase, when 4-inch mobiles were very competitive in the market. However, features wise, iPhone SE can compete with some other big brothers like iPhone 6S as it features A9 chipset along with M9 motion coprocessor. Apart from that, you can get 12-mp rear camera, 4K video recording support and Live Photos. The 16GB edition would cost around $399 and the 64GB editor will costs around $499.

Although, the actual name of this new iPad Pro has not unveiled yet in the event, but it is certainly a successor of iPad 2. However, it comes with a smaller display. This time, Apple has included 9.7-inch display. This is needless to mention that it features a Retina display. On the other hand, it comes with A9X chipset, M9 motion coprocessor and a similar graphics drive as Xbox 360. Most significant improvement is camera. You will get 12MP rear camera along with a 5MP front facing camera, which would be more than awesome for you if you capture photos and record videos frequently. The 32GB edition would cost $599. In other words, this is a perfect Windows PC Replacement, according to some professionals.

Although, Apple introduced iOS 9.3 Beta to the users, yet, now they have launched the stable edition of iOS 9.3. It doesn’t come with a huge list of awesome features. Instead, it includes a new couple of new and very useful and awaited features. The best thing is Night Shift, which allows users to change the screen brightness and contrast according to the surroundings. Talking about the security improvement, you can find Touch ID protection to protect your notes. Apart from that, you can get better Health apps in iOS 9.3.

For your information, do check your Apple device for iOS 9.3 update. Apple has already started rolling it out.

Having more than 5k Apple TV apps, now it has become one of the most popular smart TV elements in the world. Although, these things are not new, but you can find some improvements in these two gadgets called Apple Watch and Apple TV. The main update in Apple Watch is now you can sign in to any account by dictating your password. In other words, you can say your password to your Apple Watch in order to sign in to any account. There is a little doubt whether this is good or bad in terms of security.

This is it! As said before, this time, the list is pretty small, but effective. However, stay tuned to get more updates.