What is New iOS 9.3 Beta : List of New Features

Apple has launched a beta version of upcoming iOS 9.3 or something else. Before the launch of stable version, Apple has launched a beta version, which is named iOS 9.3 Beta 1. Now, this is confirmed that Apple is about to launch many more versions of iOS 9.3 beta. Anyway, if you are using Apple Developers program, you should have got the Beta release notifications tomorrow. If you have got so or want to join Apple Developers program to get the update, you should know everything about this beta release.

Apple has included so many new features and improved some old features with a brand new makeover. Therefore, now you will get a solid OS for your iOS devices.

Although, this is not a new features, but Apple has increased the number of options for 3D Touch. Previously, only few apps were able to get the 3D touch support, but now a lot more apps are included in the list. For example, now you can get Apple Store (Update app, Purchased), Compass (Start Compass, Start Level), Settings (Set Wallpaper, Battery Wi-Fi, Bluetooth), Stocks (Search), Health (Show Dashboard, Show Medical ID), Weather (Forecast for current location and favorite location). Therefore, now you can do even more things with the help of this productive feature.

After installing iOS 9.3 Beta 1, your iPhone will work as a watchman of your mobile. Obviously, this is not a security feature but it will help you to change the color and some other things automatically. Your device will start capturing your location and clock data to change the color at night. According to Apple, many people get problems to fall asleep. However, this feature will help them to sleep well by changing the color mode automatically. 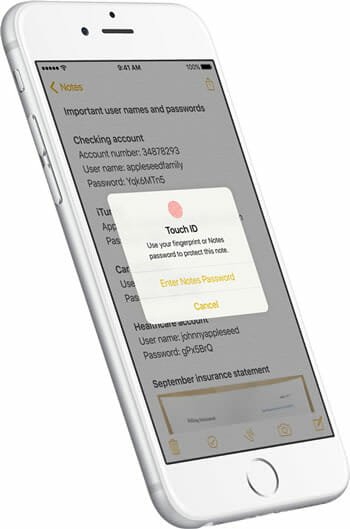 Note is a popular and common app in iOS, which is built-in as well. You can easily write notes to keep everything in mind. However, the problem was security. Anybody could check your notes without any password as there was no such thing. However, now this is possible to password protect your notes with fingerprint lock. This is probably the best upgrade in iOS 9.3 Beta 1.

iOS 9 introduces a new app called News. Although, it has been a great app for every iOS user to get latest news on their interests, yet, sometime, it displayed some unexpected articles as well. However, now the For You tab will work better and show much better tailored news articles on your screen. On the other hand, you can view everything in landscape mode, the updates will be reflected faster and hence, the story will be appeared quicker than earlier.

The health app has also got an update with some new features. Apple has included some new categories like Weight, Workouts and Sleep and many more. At the same time, you will get nearest app to track something. Although, previously, there was the same feature but now it is not personalized. Your dashboard will certainly show more information about your helth.

CarPlay is yet another feature that got a significant update. You can import music from Apple Music and this is what users were in need of. That implies, you will get more music in your CarPlay and your riding will never be as boring as it used to be.

In simple words, Apple’s iOS 9.3 Beta 1 is simply awesome with all these and other new features. You will certainly get a better user experience with the help of this version. However, before installing it, you should keep in mind that this is a BETA version and it may contain bugs. Therefore, you may get some problems while trying out different things.