Google just has announced their latest Android OS 5.0, namely, Lollipop as brainstormed at their 7th annual I/O developer’s conference. Previously, world knew it as Android L, much hyped and much gossiped. The much precious curiosity has come to an end with this announcement. The principle vision behind this latest Android OS is that, it will let you feel the grand presence of your smart handhelds on every devices having different sized screens or display units.

Our life is getting faster where, connectivity is the Oxygen and customization is the chief tool that defines you to the world. There surfacing more and more people and devices to connect. It’s designed to work on all situations and the way you want it to be. With 5000 APIs for the developers across the world, it’s designed to be recreated and shared. It’s the largest and the most aspiring release, Google has ever made on Android systems. The sole ambition for this Lollipop update is just a pristine performance, nothing else.

Every Screen is for you 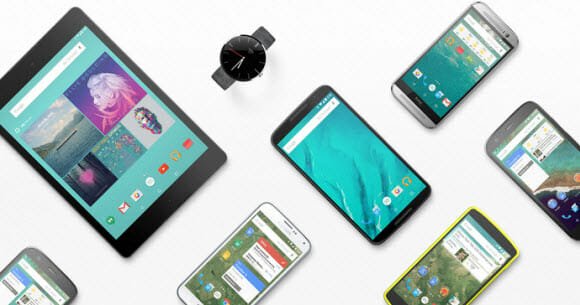 It will work on every type and size of display you face across the whole day. Android ware,Phones, Tablets, Tvs and also with your car’s display unit. Android and chrome, a brilliant integration does this trick. From the largest screen at your bedroom tv to the smallest one at your wrist(Android Wear), you control everything. 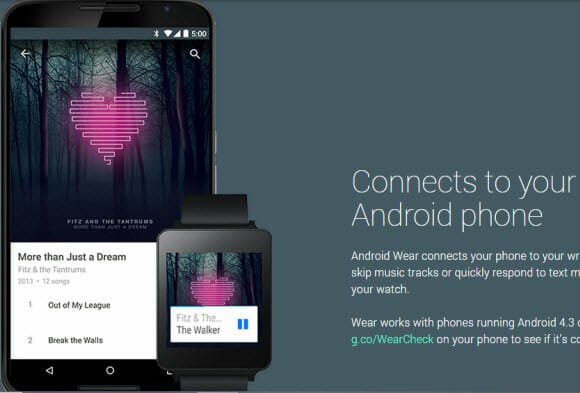 According to Google, we unlock our phones around 150 times a day to get things done. It may be a minor notification, alerts, texts, information or else, we had to go through the same stale process of unlocking the phone every single goddamn time. It’s time to say goodbye to this pesky task. Now, we ware android and it has the power to deliver everything to us without even touching our phones.

The vision behind Lollipop is simple, don’t disturb your phone, you will get everything you need through your smart ware. Just wave your wrist close to your lips and say ‘Ok Google’. The world of information will be waiting for you. Added to this announcement, Google also launched two more smart gears for the world. Namely, LG G Watch and Samsung Gear Live and both of these are now available to order on Google Play. It’s also has been confirmed that Moto 360 from Motorola is on the pipeline for coming months. So, just polish your thumb as it will get busy soon.

Moreover, two more new services namely, Android Auto(will be announced later) and Android Tv are going to be the next sensations from Google to this world. Already, Android Tv planted its bold step in our living rooms with the Chromecast, which let you play online videos, music or anything you want to name on your tv. Android Tv will enable you to connect your smartphone to your tv. It’s like playing with your Android on your tv.Factually, you will enjoy every single usability of your smart handheld on your tv and it always has been the smartest to have your universal remote on your phone.

Believe me, battery backup has been a real challenge for our smart devices. Not denying this jinx, Google has introduced a new feature with this announcement. There’s a new battery saver feature that will hold the juice of your device by around 90 minutes. It’s a real breather when your device gets hungry and you can’t satisfy it.

Keep your personal stuffs private with a multiple user account feature.Any ANdroid user can now secure their devices with a PIN, password, pattern, or even by pairing their phones to a trusted device like a smart watch or car with Smart Lock. Your friends will never be able to fish your texts or any information out of your phone.

So, here is Lollipop, here are changes. Changes that evolve with time and I am with this for sure.