How To Remove Camera From iOS 12 Lock Screen

No doubt that iOS 12 is a feature-rich platform for mobile, which offers a ton of features. If you have an iPhone and you want to open the camera quickly, the best way to do that is by swiping your lock screen from right to left. Apple includes this option by default so that people can open the camera very quickly to capture images. However, if you do not like this feature and you want to remove camera from iOS 12 lock screen, here is what you can do.

Although this is a pretty handy feature, it has some advantages as well as disadvantages.

The Disadvantage of Camera on Lock Screen

Although it lets you open the camera app quickly, here are some disadvantages of having this functionality. Some of them are as mentioned below.

1] If you have a Beta version of iOS, you might find some bugs. Many times many users have encountered this issue. According to them, they can access all the photos through the Camera app without entering the passcode. In fact, a couple of months back, a user claimed that he could unlock his iPhone through Camera app without entering the passcode or Touch ID.

2] Anybody can use your mobile camera. It doesn’t matter if someone has the passcode or not, he/she can quickly open your phone’s camera and use it to capture images. As it doesn’t require a passcode to capture pictures, anybody can use that without any admin permission.

Before using this method to remove the camera from the lock screen of iOS 12, you should know a couple of things.

2] You can open the Camera app usually after unlocking your phone.

How To Remove Camera From iOS 12 Lock Screen

If you have iOS 11, you might not find these following options since Apple has changed the interface. Previously, there was an option called Restrictions that let you block some apps and functionalities. However, now you need to turn on Screen Time on your iOS 12 device.

Step 1: Open the Settings app and go to Screen Time.

Step 2: Tap the button called Turn On Screen Time and follow the screen instructions to enable it properly. 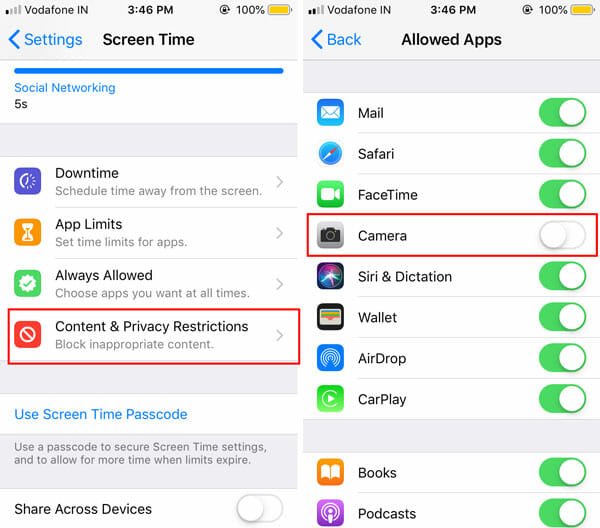 Step 6: Here you can find Camera option. Toggle the corresponding button to disable it on the lock screen. 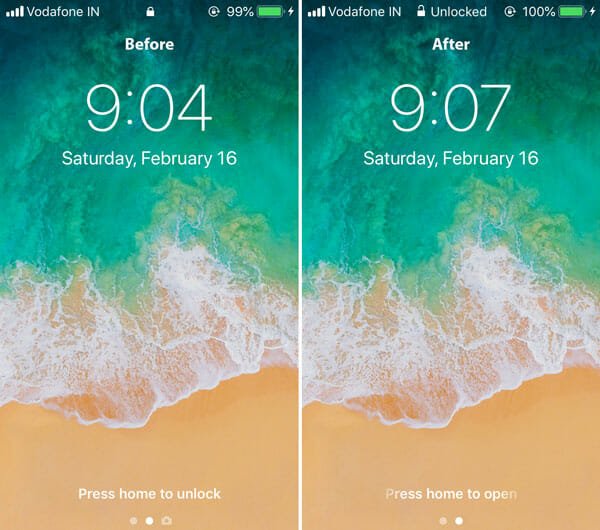 Now you cannot find the Camera option on your lock screen. However, you need to remove the Siri App Suggestions widget as well, as mentioned earlier. For that, you need to follow these steps.

Step 1: On your home screen, swipe the screen from left to right to go to the widgets section.

Step 2: Scroll down to the bottom, where you can find Edit button.

Step 3: Use the corresponding button to remove Siri App Suggestions widget from the list.

That’s all! Hope these simple steps would be helpful for you. In case, you want to get the option back, you can either go to the same path and re-enable Camera option, or you can turn off Screen Time functionality.