iOS 8 brings a lot of improvements in visual design as well as performance. If your iPhone is capable to be upgraded to iOS 8, you are lucky to get some awesome new features including the keyboard. The in-built iOS 8 keyboard is far better than previous keyboards. According to Apple, you can type an entire sentence with couple of taps since iOS 8 keyboard predicts your next word faster and correctly. 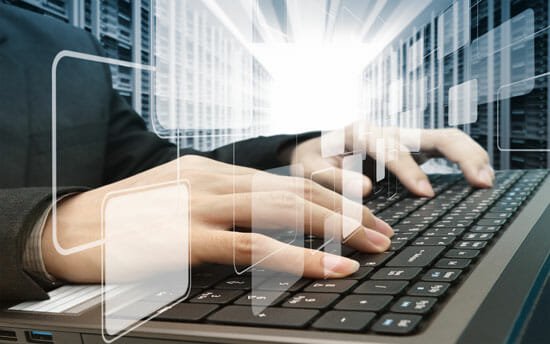 Although, there are couple of keyboards available for iOS 8 but the following list contains only useful apps. 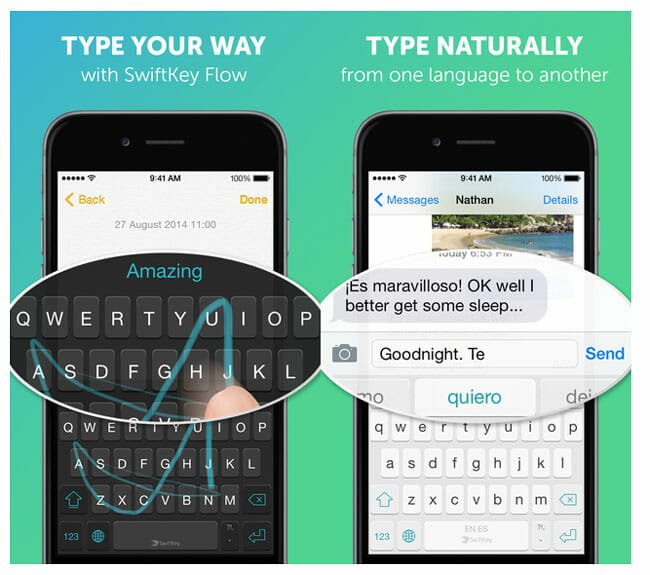 This is one of the best free keyboards available for iOS 8. Certainly, you can get tons of useful features those will aid you to type even faster. According to Swiftkey, you can write entire sentence without typing using this keyboard app. Swiftkey is available in variety of languages including English, Portuguese, French, German etc. This app can predict next word really faster, reduce keystrokes and so on. This is also possible to type by swiping and this is where it excels.

You can sign up to cloud using Facebook or Google Plus. This will help you to teach Swiftkey your writing style. Hence, you will get better word prediction. 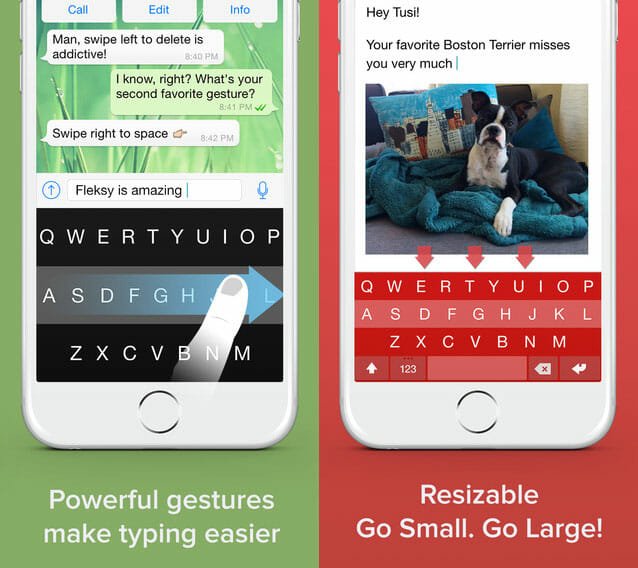 This is yet another great keyboard app for iOS 8. You can use gesture like Swiftkey in Fleksy as well. On the other hand, you can use various themes and color combination in your keyboard using Fleksy. Alike most of the popular keyboard apps, it can also predict your next word while typing. The most interesting feature of Fleksy is you can resize the lay out of the keyboard. Suppose, you need little bit bigger screen to check something as well as typing. At such moment, you can make your keyboard size smaller. Fleksy is available in different languages including English, Arabic, Italian, Portuguese, Russian and more others. 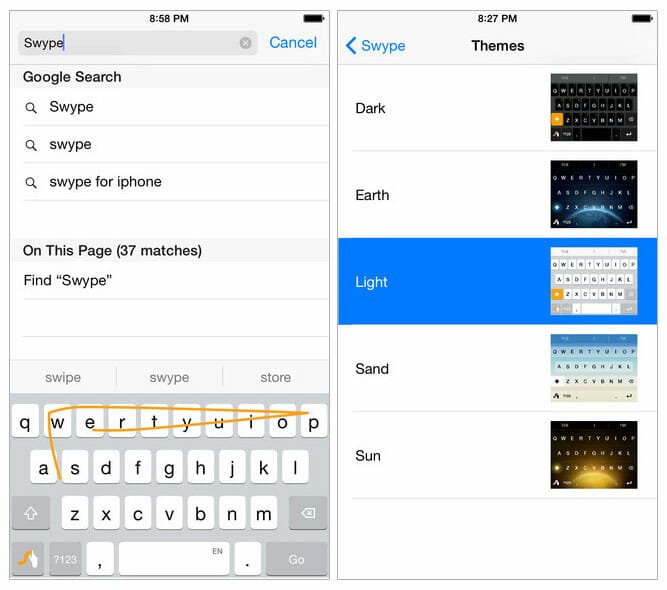 Alike Fleksy, Swype costs only $0.99 but the features worth more than that. You know that Swype is a popular keyboard app available for Android. Now, you can get this brilliant application for iOS 8 too. This keyboard has some great features like gesture typing, personal dictionary setup, custom dictionary behavior, next word prediction, auto correction, phrase correction and more. In terms of customization, this is also great. It comes with in-built awesome looking themes. You can choose any one of them right after installing it.

Although, third party keyboard was a major development part of Android platform, now it has come in iOS as well. Most of the reputed developers have already launched their keyboard app for iOS 8. But still there are so many developers who have been building another brilliant keyboard.

Anyway, which one is the best keyboard app for iOS 8? Do you use any third party keyboard?