Custom keyboards have been part of the Android system for a while now. They have also been in present on some other platforms like the good old Symbian. But iOS was yet to taste it. But it is not the case now with the release of iOS 8.

This is the third instalment of our cover up of features and functionality introduced in iOS 8. If you missed the previous one,check it out here.

With iOS 8, comes custom keyboards to iOS users. Now that was a reason for many of the folks out there for not switching to iOS platform. Now that reason is gone, lets see how many users switch from android to iOS. Since I will be a one switching from my Nexus to iPhone 6, but that won’t be all because of custom keyboards. But lets leave that topic out for now. 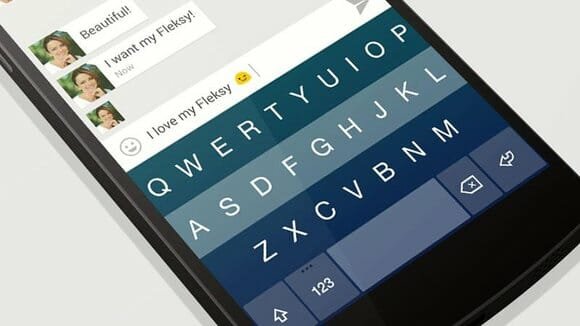 What custom keyboard means for iOS users is, that now they can use a variety of third party keyboards on their iOS devices and enjoy interesting features that are not generally present in the stock keyboard.

Now lets get to the point:

Custom keyboards for now was not available until in some apps in iOS. Some few social networking apps created their own keyboards within their applications to include emojis and hatshtags and other content. But now with the introduction of custom keyboards developers will be able to create and use custom keyboards throughout the entire iOS ecosystem.

Then the next time you do some editing on your iOS device, the default keyboard will show up, click on the globe icon and then select the custom keyboard you want to use. Now you are ready to use the custom keyboard on your device for any of the application that requires it. 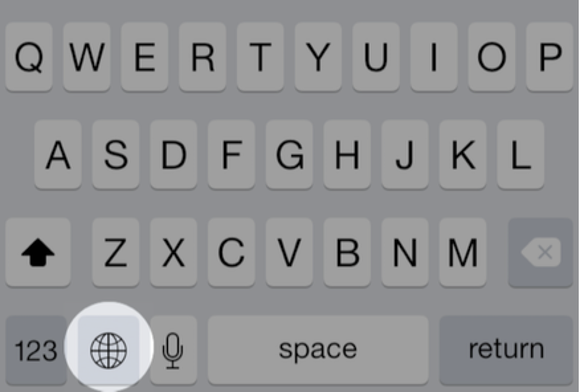 However with the introduction of custom keyboards,there also rises the problem of security and privacy, that’s what we will discuss in the next section. 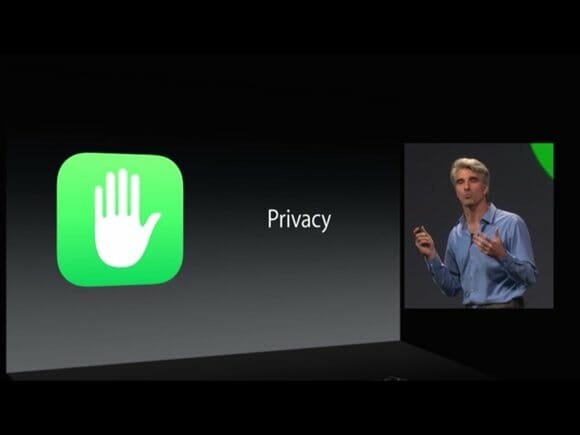 One thing with Apple is security. You can be sure that they do their best to protect your privacy and important information. And they have done it with the custom keyboards too.

One restriction for custom keyboards is that they cannot perform server side functions, all calculations they need to do should be done on the device itself. But in any case, if any custom keyboard need to do so, to improve the experience or so, they need to take the user’s permission first. And only if the users allows to do so will the keyboard be able to perform any server side tasks. This also prevents any key-logging activity. 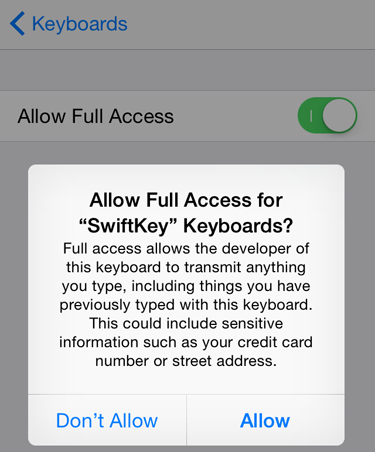 Other is that, when ever you need to enter a password into the password field, you will always have the good, old and reliable stock keyboard. That way Apple ensures that your passwords are not, in any case, stolen by any application.

So what ever you do in the iOS with these custom keyboards, you can be sure that there is no one who will be peeking through the passwords or compromising with your security at any times.Of course unless you disable those security features in the settings.

It won’t be wrong to say that custom keyboards have opened up a whole new world of customisation to iOS environment. People will now see a lot of custom keyboards on this previously very restrictive platform. And many have already successfully developed some.

Companies like Swype and SwiftKey have already developed their custom keyboards for the iOS platform. They, infact started this development as soon as the custom keyboard API was first released in iOS 8 beta. And here is the list of top iOS 8 custom keyboards that have a lot of potential in them or are already doing great on other platforms:

Or if you do not want to use any of these, Apple have also introduced their new QuickType Keyboard for iOS 8 devices. Have a look at it below:

Tell us in the comments how you like playing with the new custom keyboards in iOS. Till then stay tuned for more happiness.