2015 is coming soon and you know that this is the perfect time to sort out some “best of” apps so that you can get most out of your existing platform. We have previously covered best adventure games for Android and today, I am going to familiarize some best action games for Android. You can download them on your Android phone at free of cost. However, not all of them are free. Some time, you may have to spend few dollars to purchase the game and experience it. 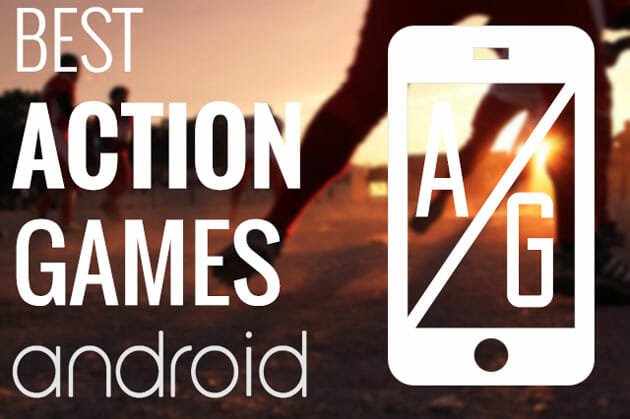 Summary: Vice City is one of the most popular game for Windows PC. I have been playing this game (series) since my initial days of computing. To celebrate the ten years of the PC version, the developers have launched Vice City for Android mobile so that you can stick to this game all the time.

Requirements: Obviously, this is not for all Android mobiles. You must have a standard internal memory to play since it is 1+ GB in size. On the other hand, you must have Android 2.3 or later version to install. This is recommended to avoid this game on Android 2.3 mobiles since those phones do not have good specifications at all. Hence, your phone may be hanged during playing.

Guardians of the Galaxy: TUW

Summary: This is yet another awesome action game for kids. If you want to know why your kid always sticks to your phone, just play it. Guardians of the Galaxy is one of the most beautiful and tricky games out there. Although, the graphics is not so good but that actually doesn’t matter. There are loads of games those have low quality graphics but the attraction is much higher than other games.

Requirements: This game can be played on all mobiles having Android 4.0 or later version. This is comparatively smaller. It is only 42 MB that is despised.

Summary: This is probably the most interesting action game for Android. Obviously, Amazing Spider-Man is not available at free of cost. However, the entire story is really awesome and you have so much power and controls to move your favorite super hero as per your requirements. The core story is you have kill all the devils and snatch your city from them.

Requirements: It needs more than medium system specifications to play. According to the developer, you need 1 GHz CPU, 512 MB RAM, PowerVR SGX540 or similar feature and 1.5 GB of free space to play The Amazing Spider-Man.

Summary: If you are an IGI 2, Counter Strike or Call OF Duty addicted person, Modern Combat 3 will help you to forget them while having mobile on your hand. Modern Combat 3 is perfect for them, who want to play a game that contains a real story. Alike The Amazing Spider-Man, you have to make your city and other places free from enemies. Nevertheless, the whole circumstances is much different in both games.

Requirements: Although, the official page of Modern Combat 3 has nothing mentioned about requirements, but it seems you cannot play it on entry-level Android mobiles. The game size is 1.3 GB, which cannot be downloaded on all mobiles.

Summary: This is yet another most beautiful Android game. This game is something like aforementioned game. The initial version of Contract Killer was quite good. However, the latest version of this game is really awesome. This is a compact story that has hero and obviously, you have to kill others to win the game.

Requirements: This game can be installed on almost all Android mobiles except older phones. You can get it at free of cost and it doesn’t require a high tech specifications to play. You must have Android 2.1, at least 300 MB of free memory and 512MB of RAM. However, if you have 1GB of RAM, you can play it without lagging.

There are tons of other action games for Android. You can get them at free of cost or by spending couple of dollars. But, if you play any one among those above mentioned games, you can get a real gaming experience.

What is your favorite action game for Android? Don’t forget to share.