Even after being a world class platform for mobile and tablet, Android is still unable to provide an in-built tool that can record your screen seamlessly. Obviously, the screen capture option is available in Android 4.0 and later versions, yet, there is no screen recording tool in any Android mobile.

At so many times, it needs to share mobile screen with someone for any reason. May be you are an Android developer, who needs to share the steps to do something or you may be someone, who needs to share something with his/her friends. You cannot do that unless you have any screen recording app. But, the problems starts when you go to find any app that can record your screen since there are tons of apps under the same category.

Therefore, here are some great screen recording apps with their advantages and disadvantages, what may help you to choose the best option to opt for.

Rec. is one of the best screen recording apps for Android, what you can use to record screen for up to 60 minutes. This is very easy to use since it doesn’t incorporates tons of complex options. The user interface seems good and it is optimized for Android Lollipop.

This is another great screen recording app, which is available for Android 5.0 and later version. Even after having tons of options in free edition, you may also have to purchase the paid version, what costs $1.49-$3. This is possible to control AZ Screen Recorder from status bar. You can start and stop/pause recording right from status bar.

If you want to record screen as well as watch live broadcast, Shou.TV can help you for sure. It records anything including games, video, internet browsing and so on. The video quality is good but it does not contain so many options like aforementioned apps. Shou.TV is available for Android 4.1 and later version.

P.S.: You can also bypass the cons of this app if you have Android 5.0 or Android Lollipop.

This is probably the best app for them, who want to record video secretly. Although, it shows an icon in the status bar of your mobile, yet, this is possible to change the default icon or hide it completely. That is where it excels. 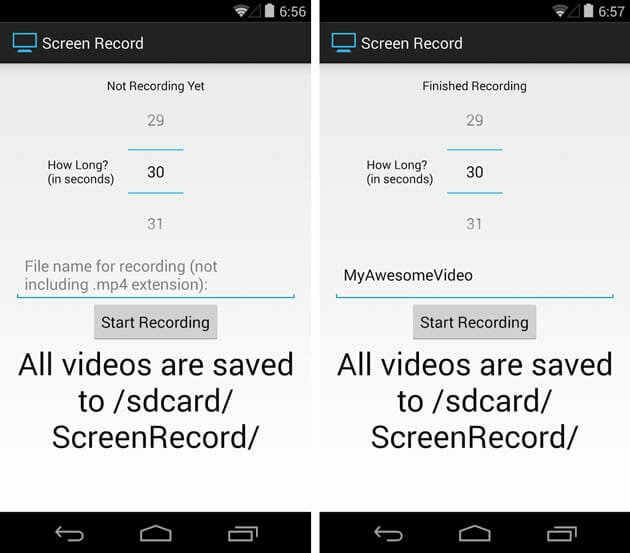 This is the simplest application to record your Android mobile’s screen. Just set up and start recording. Screen Record app is available for Android 4.4 and later version and you must have rooted Android mobile to install it.

It has a neat and clean user interface, what helps users to do everything better. It has some features, what are just unavailable in other android screen recording apps. Telecine is an open source app and is available for Android 5.0 and later version. 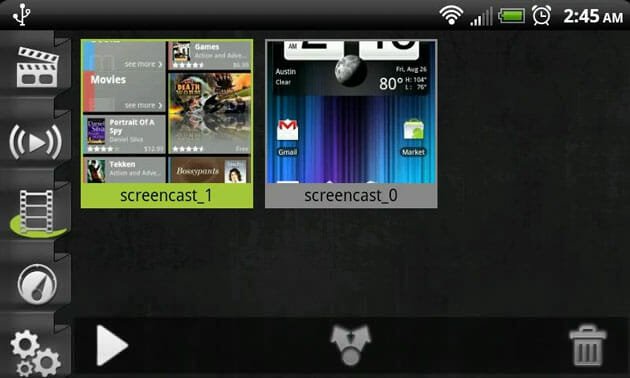 It is oldest app, what can record your Android mobile’s screen without any issue. Although, the number of features is too low but still it works great on Android 2.2 and later version. You can capture screenshot and record your screen using Screencast Video Recorder app. 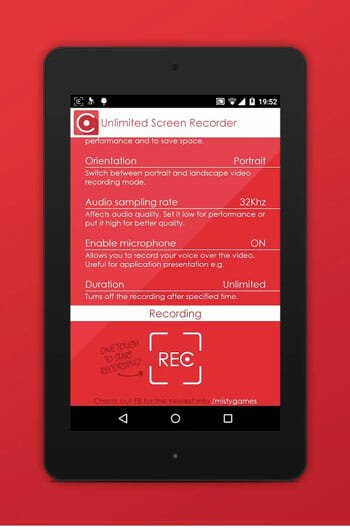 Unlimited Screen Recorder is another awesome application to record screen without any watermark. This free app is available for Android 5.0 and later version for free. However, to get all the options in this app, you may have to purchase the paid edition for $0.99-$2.99.

There are tons of other similar screen recording apps available for Android. However, these tools are better than anything else.

If you are using Android 5.0 or later version, you can try AZ Screen Recorder. Otherwise, you can try anyone of them.