MAC OS X Yosemite is a completely new operating system update that belongs to Apple. Despite the fact that OS X 10.9 Mavericks was a great platform for MAC lovers but, still, people love this Yosemite more than that. Apple has included tons of new features and improved old features. Among all the updates, Notification Center, iCloud Drive, Safari, Spotlight and user interface are the most popular.

OS X Yosemite has yet another great feature to access your iPhone right from MAC. That is called Handoff. By making use of Handoff, you can make calls, check messages and do lot more other things.

In this article, you are going to get some useful apps those were obtainable on previous MAC version and now available on OS X 10.10 Yosemite with more other features. You can also get some new apps as well.

This is one of the best password management services out there. You can get the app on almost all platforms like Android, Windows, and Mac etc. Although 1Password had more than enough features before it launched for Yosemite but still the developers have included even more features. The user interface is changed and couples of options are included in this updated 1Password. Now, you will get 1iCloud Drive synchronization, Wi-Fi synchronization and more others in 1Password 5. 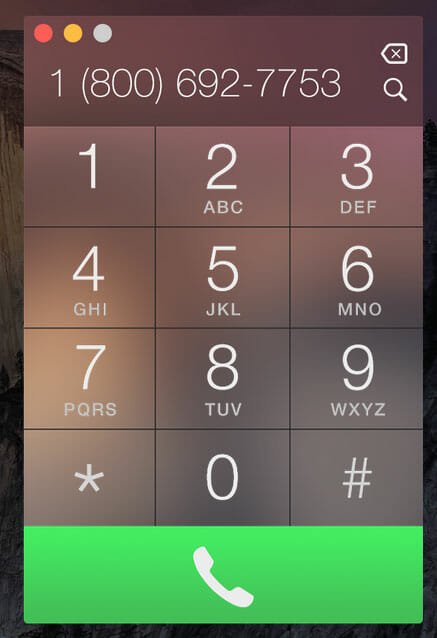 It is possible to get all notifications and receive calls using Handoff. But, this is not possible to make calls from your Mac via iPhone. Continuity Keypad is such a great application that will let you make calls right from your Mac. Although, Continuity Keypad is still in beta version yet you will get an attractive visual design since this is developed for OS X Yosemite.

Wunderlist is a popular cross-platform to-do list manager. You can get the Wunderlist app on various platforms including Windows, Android, iOS and Mac. However, the Wunderlist is now updated for OS X Yosemite. Certainly, the visual design is awesome like other available apps for Yosemite. You will also get the Notification Center integration into Wunderlist 3.1.0. This is possible to check your upcoming tasks and do lot more things than previous versions.

You know what Tumblr does. Previously, you used to open tumblr.com from your browser to update or share anything on your Tumblr account or blog. However, the scenario is now changed. Now, the dedicated Tumblr app is available for Mac OS X Yosemite. The user interface is mainly designed for OS X 10.10. On the other hand, you would be able to share any image, link or anything else right from your hard drive. You can also share posts on various social networking websites like Facebook, Twitter etc. all the features are well organized like the web version of Tumblr.

If someone doesn’t like the Apple Mail, I am pretty sure that he/she is using Sparrow, which was acquired by Google. Now, Sparrow has a competitor for Mac and this is known as Mailbox. Mailbox comes with tons of great features. You will get almost features what the mobile version generally provides.

You will get even more new apps and improvements in old application. For instance, iStat Mini, PCCalc etc. Among all of them, Continuity Keypad is the best app for OS X Yosemite.