To download the OS X Yosemite, head over to this link. Open it inside App Store and Sign in with your Apple ID credentials. Download will be started automatically.

If someone is talking about Yosemite, the first thing, what comes in mind is visual design. Although, Apple was far away from developing a flat UI in the past couple of years but now they have launched Yosemite, which has a flat user interface. In OS X 10.10 Yosemite, you will get a better design, which has two different versions i.e. Dark mode and Daylight. 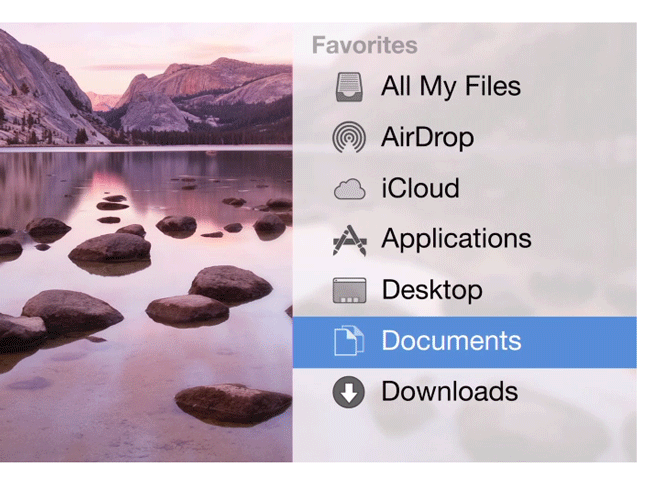 You can also find a change in Dock as well as top Menu bar. The next big thing is app icons. Alongside other UI, you can find a huge change in app icons.

All the icons are Flat UI ready. In the Yosemite, you cannot find a dedicated Full screen button in your top right corner since the green maximize button will let you open any window in full screen. 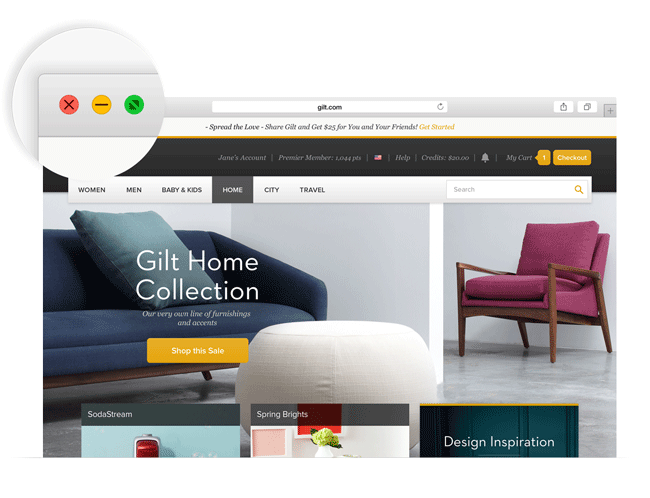 Therefore, you will also find a change in font. You can find the enhancement on Retina display. The Tanslucency will aid you to know what is running behind a specific window. 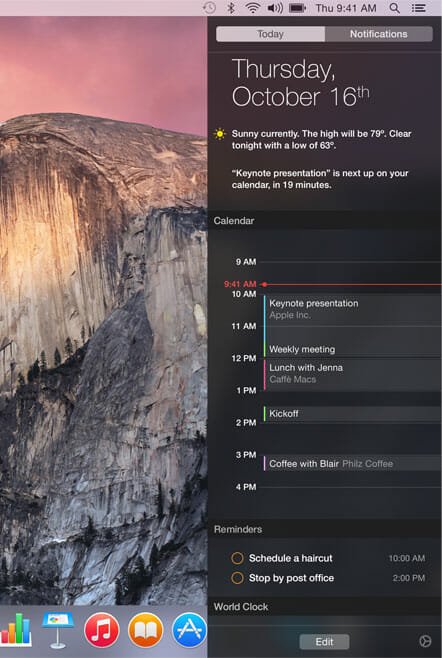 Windows 8 and later versions have a dedicated cloud storage synchronization. You can get OneDrive in these Windows versions. Alike that, Apple has included iCloud Drive in OS X Yosemite. This is a cross-platform cloud storage which is accessible from different devices i.e. iPhone, iPad or even Windows. 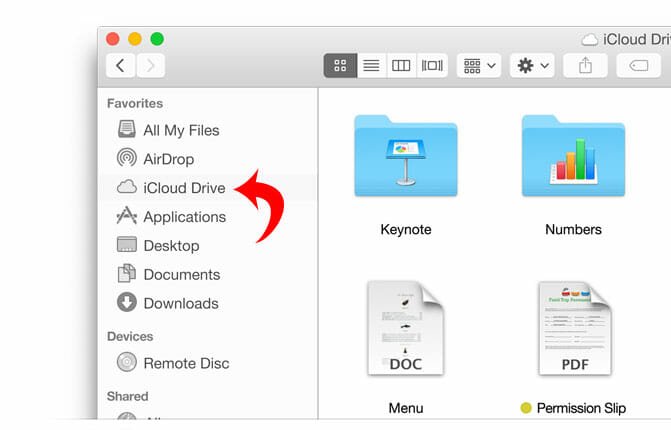 You can synchronize and edit anything from iCloud Drive. The most useful feature is you can access your files offline. This is also possible to edit files offline and all of your changes will be changed when your mac will get back the internet connection.

This is one of the best features Apple has even included in their gadgets. This Handoff will let you access your iPhone right from your OS X Yosemite. By using this Handoff, you can remotely access your iPhone from Mac. You can access Mail, Maps, Safari, Messages and more others from your Mac. Read more about Handoff at here.

This is yet another great feature introduced by Apple. If you are using internet on your iPhone and do not have any data connection on your Mac, here is the solution. You just need to turn on WiFi from your iPhone. After that, whenever your iPhone will be around your Mac, your Mac will be connected automatically without having any problem. All you need to do is select your iPhone from your Mac’s Wi-Fi menu.

Surprisingly, this tethering requires minimum iPhone battery. This is where it excels. But make sure, you have enough bandwidth since Mac requires more bandwidth than a regular iPhone.

This is yet another great feature of Yosemite. Although, previous Mac OS X needed a third party software or internal tricks to share the screen but now, this is completely uncluttered.  Yosemite users can share their Mac screen by respective Apple ID. This is as easy as said. ON the other hand, this is also possible to prevent any user from sharing screen with you and vice versa. Another feature of screen sharing is Pause session. This is does what it says.

Here is not the end of the new feature list. This is just starting. You will get tons of other new features in OS X Yosemite. However, just start downloading from the aforementioned link to get a completely new experience of Mac.