People install different apps right after purchasing a mobile. No matter whether it is an Android phone or iPhone, they install tons of apps on their mobile. If you have done the same but apps are crashing continuously right after opening, you should check out these solutions. Although this is not a common problem, many people face this issue with various apps. Therefore, you should follow these tips and tricks so that you can fix the issue within moments.

There are several reasons, why people can get this problem. If you can detect the issue, the solution is straightforward. However, if you cannot identify why apps are crashing or freezing continuously, you can follow these following tips and tricks one after one.

Restart can fix several common problems like this one. When your phone has some memory issue or some internal problem, you can restart your phone to fix it. It should not take a considerable amount of time. Also, there is no need to install any application. If there is no direct restart option in your mobile, you can switch off your phone and switch back on.

Almost all the apps require a certain amount of RAM, Android version, etc. You can find that information on Google Play Store. However, many people sideload the app from third-party resources even when their phone is not compatible with the app. At such moments, there is a high chance of getting such an issue. If it is happening with you, you cannot do anything except uninstalling the app.

Let’s assume that you have recently updated your app and after that, the problem has started occurring. At such moments, you can contact the developer and tell them about the issue. After that, you should check whether another update is already launched or not. This is not possible for an app developer or a company to check the compatibility on every phone in the world. They often rely on feedback. As soon as they get a specific number of negative feedback from a particular phone userbase, they release a patch.

This is a very basic yet working solution that you can use to fix the app freezing or crashing problem in your Android mobile. Sometimes an internal file or setting or service can cause this issue, and only the reset can troubleshoot it. To get started, open the Settings app and go to Apps & notifications. After that, find out the app that is freezing. At first, tap the Force stop button to close all the services related to that app. After that, go to the Storage section and utilize Clear storage and Clear cache buttons respectively.

After doing these, restart your phone and open the app. Your problem should not exist anymore. 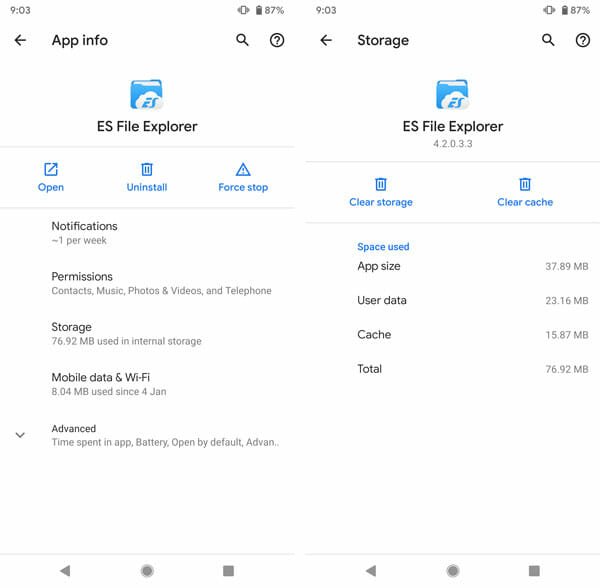 Almost all the developers warn you about bug and lag before installing the Beta version.

If you do not have a lot of RAM and you have opened tons of apps, there is a chance of getting such problem. If you are getting the aforementioned problem, you should stop other apps and check if you can free up some RAM for the new app. To close all the services of an app, you need to open the Settings > Apps & notifications and find out the app. After that, tap the Force stop button to close it.

That’s it! These are some working solutions to fix app freezing and crashing problem in Android mobile.