No matter whether you want to troll someone or entertain someone with a great sense of humor, you can undoubtedly create a meme and share it with friends on Facebook, Twitter, WhatsApp, etc. If you are interested in creating a meme and you have an iOS device, you should check out these best meme creator apps for iPhone and iPad. Most of these apps are available for free, but you may need to spend some money to unlock all the features of those apps.

1] Mematic – The Meme Maker For iPhone 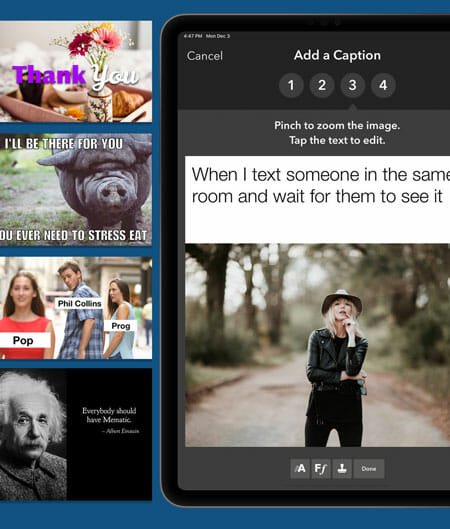 Mematic is one of the best meme creator apps for the iPhone, which is compatible with iOS 10.3 or later version. Being available for iPhone as well as iPad, you can use it on any iOS device. The user interface is not neat as it comes with a lot of options to create and customize a meme according to your requirements. You can add text on your image, or you can fetch an image from the internet. Not only text but also you can add stickers to a meme so that you can make it rich in terms of quality. Although you can download it for free, you need to spend at least $2.99/month to unlock all functionalities. 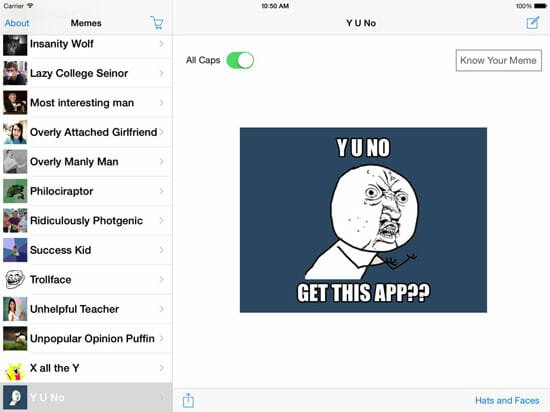 Make a Meme+ is a simple yet very feature-rich iOS application that lets you create funny memes from a regular image. All you need is your imagination to turn a photo into a meme with the help of this app. It is quite old, but it does the job pretty well. It doesn’t matter if you want to create a simple one character meme or you want to add multiple characters, everything is possible to do using this app. Like Mematic, Make a Meme+ is compatible with iPhone as well as iPad. All you need is iOS 8.0 or later version. You can download it for free, but you need to purchase some packages to get all the stickers, images, and features. 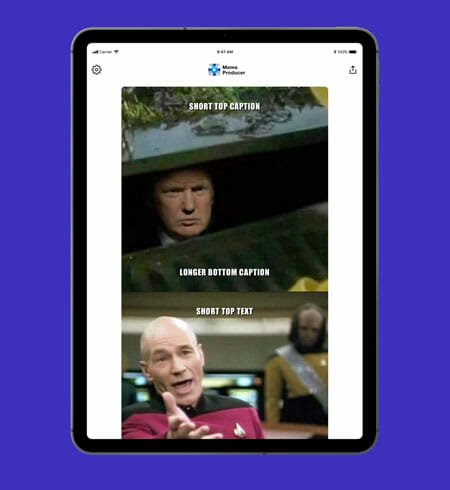 Meme Maker is probably the most straightforward app in this category, which is compatible with iOS 11.0 or later version. Like the other two apps, you can download this one on your iPhone as well as iPad. All the basic options are available in the Meme Maker application. However, most of the features are paid. If you purchase single features at a time, you may need to spend more money than an unlimited subscription. Talking about the unlimited subscription, you need to pay $55.99 to unlock all the options. Therefore, it is suggested to check out all the other apps first and invest money on this one later.

4] Meme Generator – Make Or Create Your Own Memes On iPhone 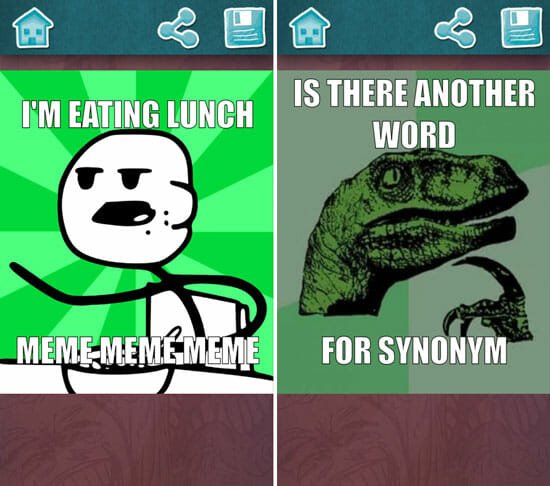 Meme Generator is another simple iOS application that comes with all the essential options to make a meme for your Facebook account or WhatsApp group. It shows some images in the gallery. However, if you are not getting an appropriate image, there are two options for you. First, you can use your stored images. Second, you can capture a new image. Many times, you may need to add your friend’s face in the background. At such moments, this app can help you a lot. If you have iOS 8.0 or later version, you can download it for the iPhone as well as iPad. 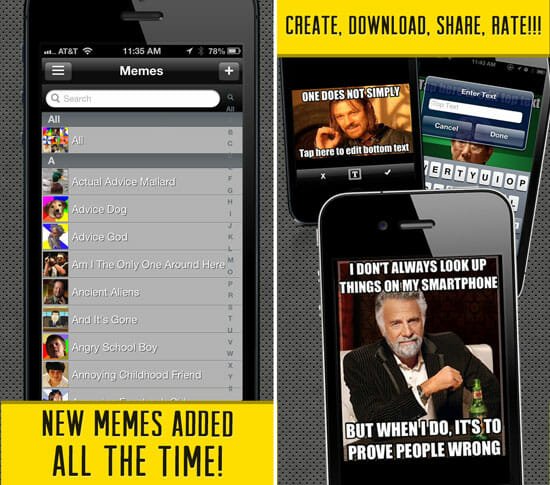 If you do not care about the user interface, you might find it useful. As Meme Factory app was released a long time ago, and it didn’t get any big update so far, you cannot expect to get a modern UI. It is compatible with iOS 4.3 or later version. Although you can install it on the iPhone, this is not possible to do the same if you are an iPad user. Talking about features or functionalities, you can find everything and do everything for your modern Facebook page. Apart from creating your own meme, you can browse and download some of the most trending memes of the internet. As it comes with several meme templates, you do not need to spend a lot of time to structure a meme. 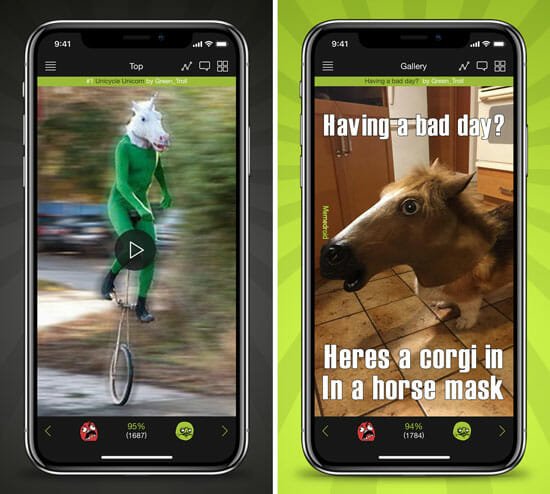 If you require a video meme maker for iPhone, you should opt for this application. This is a very elegant application that comes with all the features and options to customize and create a meme according to your needs. Like some other standard meme makers, you can add background photo from your internal storage, fetch something from the internet, and capture using your camera. You do not need to spend a lot of time to make a meme using this tool since it offers some popular meme templates. All you need is the text and stickers. You can download Memedroid for free for iOS 9.0 or later version. However, you need to pay $2.99 if you want to remove ads and another $2.99 if you want to create memes offline. Download

These are some of the best meme maker apps for iPhone. As mentioned, you can download almost all them for free. However, you need to pay a couple of dollars to unlock some features, download some packages, remove ads, etc. Considering everything, Mematic and Memedroid seem quite better than others.