This is needless to mention that iPhone or iOS has loads of free and paid apps on the respective repository. It doesn’t matter whether you need an app for study or managing party, you can certainly find something on App Store. Although iOS doesn’t have such a huge number of free apps but still you can find something for free or at a low price. Taking about the “Meme” – nowadays, everyone uses a meme to troll someone or an incident. For example, if a sportsperson fails to do something or make an awkward face, the internet start creating a meme based on that. Although that is not as good as it sounds still people, create them for fun. But, do you know how to create a meme? NO? That’s not a problem if you have an iPhone or any other iOS device. Here are few meme generator apps for iPhone or iOS those will let you create funniest memes on the go. 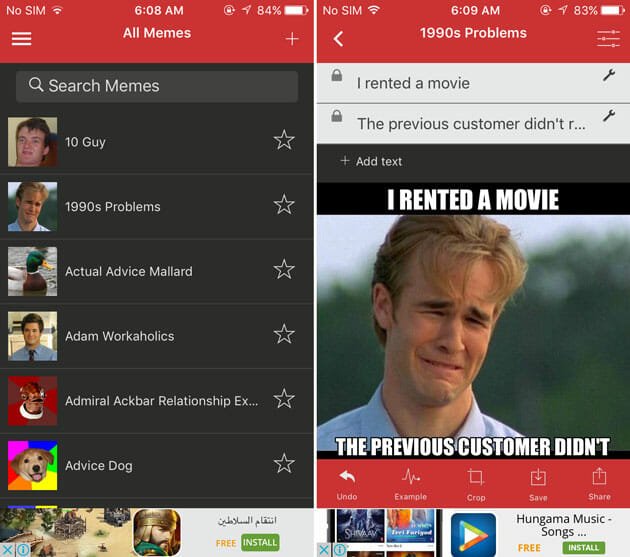 As the name says, Meme Generator Free app is available at free of cost. However, the free version comes with advertisements, and you can remove that by spending only $1.99. Anyway, the user interface of this app is pretty good as it is compatible with iOS 7.0, and later version. Talking about the features, you can get loads of free memes, images to create a meme, image cropping, filters, and more. As it provides a lot of memes, you can save them to your mobile and share them with friends through email or any other social network websites. This is possible to create a meme in just 30 seconds using this app. Download

Meme Studio is yet another free app, but most of the features are paid. However, you can generate a simple meme with the help of Meme Studio. Like other apps, you can get loads of images, custom font, text adjustment, meme gallery, and more. On the other hand, this is possible to share them with anybody apart from saving them to your mobile. The user interface is quite better than Meme Generator Free. However, you need to purchase features by spending from $0.99 to $3.99. Depending on the package, you need to spend the money. This app is available for iOS 7.0, and later version. Download 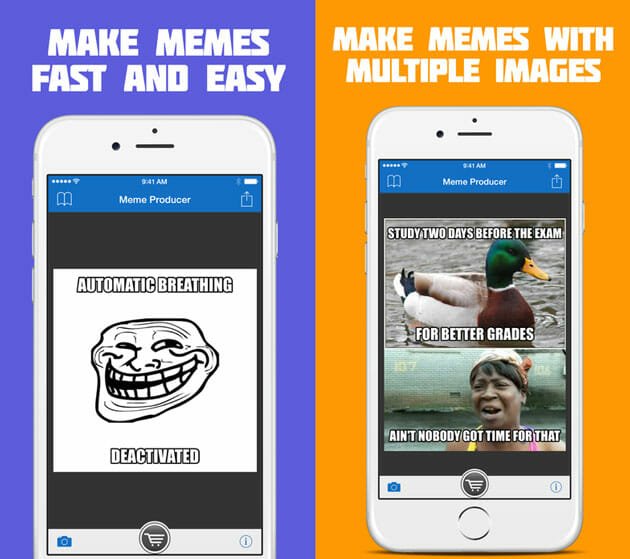 Like Meme Studio, some of the features need to be unlocked to experience the whole thing of Meme Producer. This app comes with some popular faces those are being used to make a meme funnier. On the other hand, you can get some examples so that you can get an overview if you are making memes for the first time. The best part of this tool is there is no advertisements and watermark. Another interesting thing is you can select your picture right from the gallery or camera roll. You can download this app for iOS 7.0, or later version. To unlock all features, you need to spend from $0.99 to $4.99. Download

Although all the features of Meme Factory are available for free but still you need to spend around $2.99 to remove all the advertisements. Regarding features, this is a very small app to make a meme. Regarding user interface, you can find similarity with Meme Generator Free app. That means, the home screen of this app is full of some faces. On the other hand, users can get examples to understand it and get some ideas. Apart from using your picture, you can browse readymade images from the given repository. However, the number of pre-set image is quite lower than other apps. But, you shouldn’t get any issue. Download 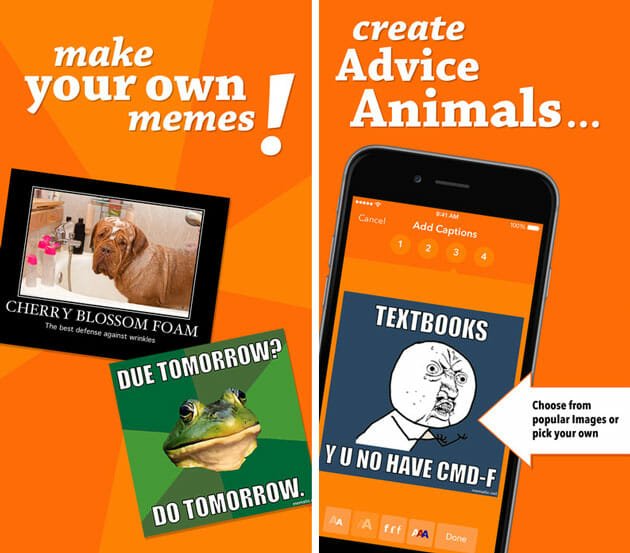 Like Meme Factory, you need to spend $2.99 to hide all the ads on this app. The procedure to make meme using Mematic is very simple. You just need to follow some simple steps to get things done. At first, you need to choose a style between two given styles, add an image, write text that you want to show on the picture, and save them to your mobile. Obviously, this is possible to share your meme with anybody over email and social networking websites. However, the number of a readymade images is very low as compared to the other similar apps. If you want, you can download this app for iOS 7.1 and later version from here.

Which one is your favorite meme generator app for iOS? Do share that with us.