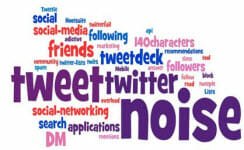 If you use Twitter all day long for connecting with friends, staying up to date with current trends happening in your niche, find interesting and breaking stories – you may know how annoying the entire “Tweet” experience can get.

Some people often turn out to be “Loud Speakers” on Twitter and pump up the timeline with an overwhelming number of updates. Every other minute.

Some tweeples think Twitter as a large Chat room, ignoring the fact that other followers will feel disturbed, while you are sending 3 dozen updates in less than 3 minutes.

Then there are those autoposters, who stack up a dozen RSS feeds using auto posting services like Twitterfeed and repetedly tweet only their blog updates. Some of your very good friends may have this habit too, so you don’t want to unfollow them either. It’s just that you want to turn off or block specific Twitter apps, hashtags, spam mentions and retweets from specific services.

We have earlier discussed some techniques to block Tweets or keywords in the older Twitter interface, filter tweets containing keywords by using a browser bookmarklet and using custom filters in desktop Twitter client like Tweetdeck.

Now here is another Google Chrome extension called Proxlet, which lets you turn off or block annoying retweets and spam mentions. Permanently.

After the extension is installed, login to your Twitter account and you will notice a welcome message as shown below: 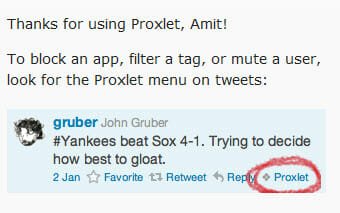 Each Tweet is accompanied by a “Proxlet action”, click that link and the extension will throw more options which you can customize. You can apply one or all of the following filters to a custom tweet:

So if any of your Twitter friends goes crazy about Justin Bieber or Britney spears all day long, you can temporarily put a “Proxlet block” and reduce noise and clutter from your Twitter timeline. What’s great regarding the extension is the ability to block Twitter hashtags for a definite period of time.

Lifesaver, when there is a lot of noise on recent events like Football world cup, cricket scores, Facebook scam and so on.

Now that you are a power user of Proxlet and really love it’s blocking and “shutting up” features, you may want to integrate it with desktop Twitter clients e.g Tweetdeck, Twitter for iPhone, TwiDroyd for Android, Seesmic for Android or desktop. In that case, head over to Proxlet clients page and read the instructions for setting up your own Twitter client with Proxlet’s API 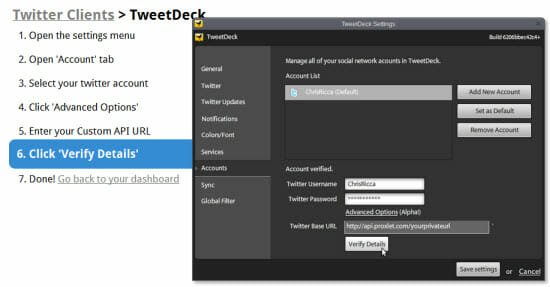 Overall, Proxlet is the best ever Twitter blocking script I have seen off late. It gives you the power to selectively mute users, hashtags, or apps for a duration you specify, or forever. Moreover, you may see only updates containing links from selected users, block annoying apps and much more. Highly recommended.

Note: The extension works only with the new version of Twitter. If you are using the old Twitter interface, you will have to switch to the newer version to use the extension. Thanks Tina