If you have always wanted an application that helps you learn on the go, then Byju’s Classes brings you an application that is one of a kind – an app that allows you to access your school lessons from anywhere and at any time. The app serves as a great e-learning platform for Indian school kids and ensures that learning is not restrained by place or by time. This app aims to make learning an enjoyable activity that can benefit students in the longer run, and not just to score well during exams. This mobile education app is growing in popularity and been aggressively advertised even on TV.

The Team Behind the Application

The application has been designed by a group of IIM and IIT alumni. Byju’s Classes were originally founded in 2008 by Byju Raveendran and were supported by T.V. Mohandas Pai, as well as Dr. Ranjan Pai of the Manipal Group. You could get your doubts cleared from top teachers, who are from IIMs and IITs.

The Awards Received
Most of the media houses have recognized the high quality of teaching at Byju’s Classes and have conferred many awards upon them. Some of them are:
-Deloitte Technology Fast 50 India and Fast 500 Asia Award
-CNBC TV18 Crisil Emerging India Award for Education
-ET Now Education Excellence Award
-NDTV Profit Business Service Excellence Award 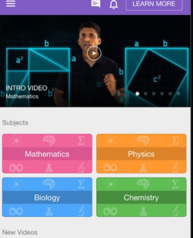 Learn from only the best teachers, who have revolutionized learning and have made the institute into a top class, award winning one. Byju’s Classes have received many more awards. However, the above mentioned awards only give you a glimpse into what you would be getting when you download this application.

App Objectives and Proven results
Many thousands of students are making use of tablet compatible lessons for IAS, IIT-JEE, and CAT and mobile learning application successfully. These students have not only secured high ranks in the competitive examinations, but also scored top marks in them. Many students have secured places after passing the Civil Service Examinations, Indian Institutes of Technology, etc. One in every 6 or 7 students gets calls from the Indian Institutes of Management. The Byju’s application helps you grasp not only the toughest concepts but also helps you progress and get top results in your examinations.

Many students, who downloaded the Byju’s app, have proven that they not only love learning but that they can be highly successful when they do so. The app can also help parents understand what the progress rate of their children at school is. It will also help their children prepare well for their upcoming examinations.

Features of ‘Byjus – The Learning App’

1. Complete coverage of the syllabus
The lessons have been developed in such a way that the syllabus of all the boards including those at the state level, CBSE, and ICSE for the 7th, 8th, 9th, and 10th standards. They also include complete preparation for the AIPMT and the IIT-JEE examinations. To start learning, you can select any of the courses from the app. 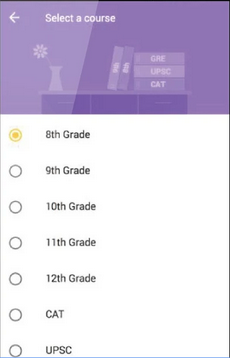 2. Interactive video lessons
The video lessons have been designed such that even the concepts that are most complicated would be easily understood. There are modules that have been specially prepared on CBSE and ICSE sample question papers for students of classes 7 to 10 and also for students from classes 11 and 12 for preparing for the IIT JEE and AIPMT. The video lessons are not only of high quality but they are also interactive. 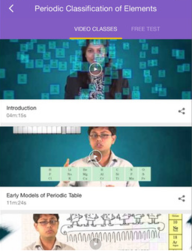 Chapterwise tests
The app features topic based and full length tests including AIPMT and IIT JEE mock tests. There are also practice tests based on the CBSE, ICSE, and other state board syllabuses. The tests have been arranged chapterwise. What’s more, you can practice tests according to the difficulty level that is most suitable to you. 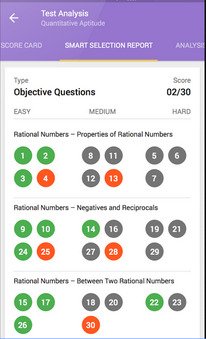 All you need to do is to visit the official website for Byju’s Classes and click on “Download the free app” option made available at the top. It will direct you to the various ways in which you can download the Byju’s mobile app. One of the ways is to get SMS with link to download the free app. You have to simply enter your mobile number and then then click on “Get app link” button. You will get an SMS that contains the link to the app from Byju’s Classes within a matter of few minutes. When you tap / touch-press the link, it will lead you to the page from which you could download the application.

Overview of the Think and Learn Company

The Think and Learn company is the parent company of Byju’s Classes. The classes at Byju’s Classes are conducted by some of the best teachers of India. The company conducts tuition classes for CAT, JEE, UPSC, and GMAT. There are also supplemental classes for the 8th to the 12th standards. Byju Raveendran, who is a serial CAT topper, started the company Think and Learn in the year 2008. It has a tie-up with Samsung, the electronic giant to sell the products of Byju’s Classes and are being marketed and distributed through more than 6,000 Samsung stores across the country.

The Byju Think and Learn company’s goal is to tackle the various problems that students in India face while learning including the lack of immersive learning as well as personalization of educational content. Apart from this, the company has created the “ThinkTab,” which was the result of the combined efforts of some of the best teachers of India, a cutting edge team that handles the technologies, the top class production house, and a marketing unit, which is highly persistent in its efforts to provide nothing but the best marketing services.

This ‘Love of Study’ television advertisement for Byju’s Classes talks about love. It begins with school children answering the question, “What do you love?” One of the children says that “they hated each other at the start” while another said that “It used to drive me mad.” Then, another child says, “Kab start hua? And we are in class together” and then, another says “My friends used to tease me.” Then, another one adds, “My mom and dad know and they are happy about it.” Then, all the children say together, “Maths,” “Chemistry,” “Physics forever,” “I am in love with Biology.” The advertisement is all about the love for learning. The commercial shows a clip by Byju teaching the Pythagoras theorem and it urges the viewer to download the Byju’s application today.

With such top learning apps like this Byju’s one, education in India is slowly witnessing a paradigm shift from classroom teaching to online learning or e-learning. It will take time for students and parents to adapt to this change, but, the results are already showing. The growing popularity of this m-learning smartphone app is an indication of things to come in future! Have you tried your hand at this app yet?