How to Convert Text to Another Language using Mobile Camera

Suppose, you want to go to some country, where some other language is popular and people do not know your mother tongue. For example, you live in US and want to go to a country, where people do not speak English. You will certainly get loads of problem to communicate with those people and in new country. Although, English is a universal language but still there are some countries, where English is not so popular and only few people know this language. Some people try to learn the new language as much as possible using some dictionary or internet. But, this is almost impossible to learn everything in that new language. Therefore, this is confirmed that you are about to get into trouble to communicate in that new country.

There are also some other situations, when you want to convert a particular text to your own language. For example, you have got a quote of a popular person and want to convert it to English or some other language that you know. Or, suppose, you have got some lines of text on a webpage and you want to know what is written. At such moments, you can simply head over to Google Translator or any other online translator app.

But, what if you are in a country, got a banner and want to know what is written. Or, you are in front of a shop and want to know what is available in that shop. Obviously, you cannot use Google Translator or such kind of app to convert that text to your own language as most of the times, you cannot find the word in your keypad. Therefore, to solve this issue, you can use your mobile camera. Here is how to convert text to another language using mobile camera. If you can do so, it would be easier for you to convert any text from one language to another. You do not have to write all the things. On the other hand, you can convert any text. No matter, whether it is on a banner or street or anywhere.

Google Translator app is available for Android 2.3 and later version. On the other hand, make sure that you have iOS 7.0 or later version to install it on iPhone. After installing and opening it on your mobile, you will get a window like this,

At first, select the source language and output language. This is very important. Otherwise, it will take a huge amount of time to finish the conversion. After that, tap on camera button. It will ask you to give it the permission to access your camera. 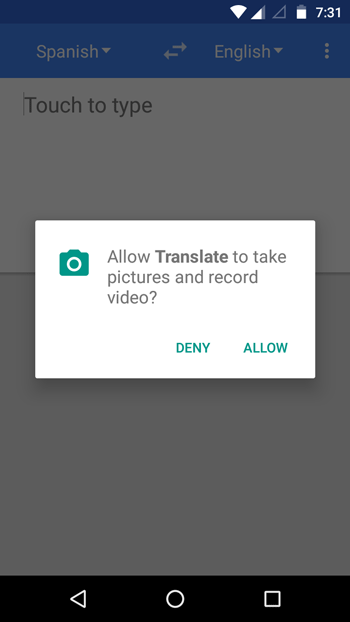 Thereafter, place your camera on the text that you want to convert. 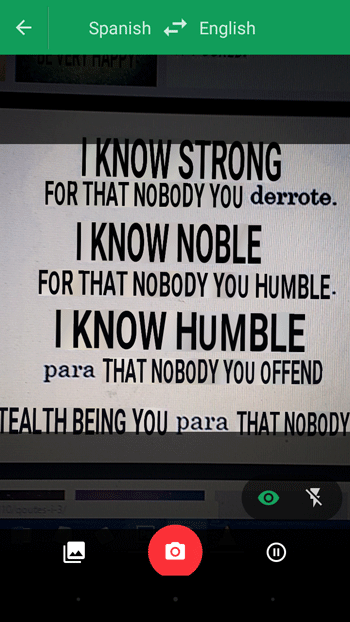 Sometime, it converts very well with proper meaning, but sometime, you can find wrong conversion. However, the percentage of getting wrong translation is very low. Therefore, you can trust on this app.