Windows is certainly the best creation of Microsoft for regular consumers. A huge number of improvements have arrived with Windows. All the new features are attracted by more than 14 million people across the globe, according to a report. Anyway, the unified Windows is going to be more popular in coming day since it comes with better synchronization, more user friendly, awesome features and so on. There are more than these things what will be attracted by more people.

Xbox is indeed a great part of Windows that lets you play games and synchronize with other devices. That is simply brilliant since for a regular gamer, this becomes quite difficult to connect with other gamers all the time. Xbox for Windows 10 has made it simpler. Now, this is possible to connect with other people over Xbox message easily. Apart from so many other features, Windows 10’s Xbox app comes with a simple yet very useful option that helps users to capture screen and record screen without using any other third party software.

Although, these particular option has loads of restrictions and barriers but still for a gamer, this option will play a vital role. If you have upgraded your PC to Windows 10 just for gaming and connecting with friends through Xbox app, this option will certainly help you a lot. You can use these features to capture Xbox app and record Xbox when you are playing a game.

Generally, some free screen recording apps cannot capture games because of various limitations. But, the native option of Xbox can do it without having any issue. The setup is very simple and not much time consuming.

Sometime you may have to capture screenshot or record the whole gameplay for your YouTube channel or for your friends to let him/her know the game even before playing. At such moment, this in-built option of Xbox for Windows 10 will assist you.

To capture screenshot or record Xbox screen or window, just open the Xbox app on your Windows 10 PC. If you haven’t signed in to Xbox app, do it. Otherwise, you cannot access this app. After signing in, just try to start a game and hold before actually starting any game.

Now, press Win + G. You will get an option like this. 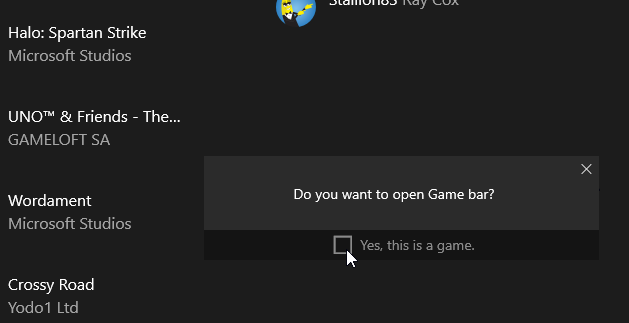 Make a tick for Yes, this is a game. Following that, the subsequent options will come up. 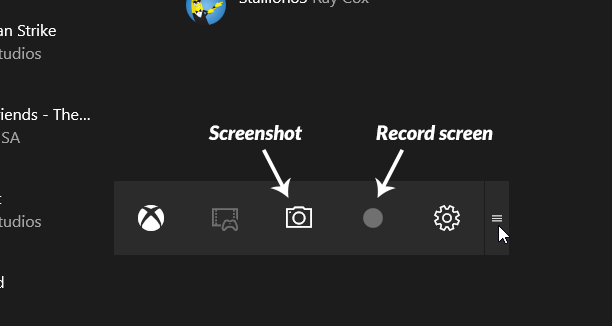 Your screenshot and recorded video will be saved to the following path,

Please note: Not all PC and laptop can record screen. You must have to the following hardware,

If you need to capture screen or record Xbox window, this option will surely aid you. This is easy to use. Just press Win + G and start recording. Hope it will help you. But, if you need more than a recorder, you can opt for Camtasia, SnagIt etc.