No matter what device you use but security should always be your top priority. Nowadays, attackers have invented tons of new ways to attack on computers and mobiles. For example, ransomware is evolving day by day, which is very dangerous for the victim. In other words, security should be your top priority. As the attackers have been inventing so many things to attack on different devices, the security agencies are also developing different security shields to protect them.

If you are using mobile, you should always use either PIN lock or Password as pattern lock is not so safe in terms of long term security. If your kid or anybody uses your mobile frequently and your device contains some confidential files or documents or images, you should lock your apps. For example, if you have confidential images and videos, you should lock down Gallery or Photos and Videos. This is as important as your password.

To get a full proof security, here is an Android app called Avira AppLock+, which is absolutely free and available for most of Android mobiles. Although, there are so many app lockers available for Android but Avira AppLock+ is quite different and helpful as well.

However, Avira AppLock+ locks down both of those apps along with all the other things. This is quite faster because of having some awesome features. Although, it doesn’t come with a lot of things but included features are really essential. Some of the important features are mentioned below.

App Lock: As the name defines, this will let you lock down apps. No matter how many apps you have, but you can certainly lock them down within moments.

Lock Apps by Group: Suppose, you want to lock only messaging apps or games or video players. At such moments, you do not have to select such apps one by one. You can select preset groups.

Schedule Lock: Suppose, you want to lock down your apps from 8AM to 10PM. To do so, this app will be there to help you with this. This is possible to set time to lock down apps.

Geo Lock: Suppose, you want to lock your apps when you are in office or a certain place. You can simply enter that location and your apps will be locked down automatically whenever you will reach to that place. However, to get this feature, you must have to turn on your Location Services.

To use Avira AppLock+, at first, install this app on your mobile. Just make sure that it is running on Android 4.0.3 or later version. After opening this app, the very first thing that you have to do is to set up a PIN. 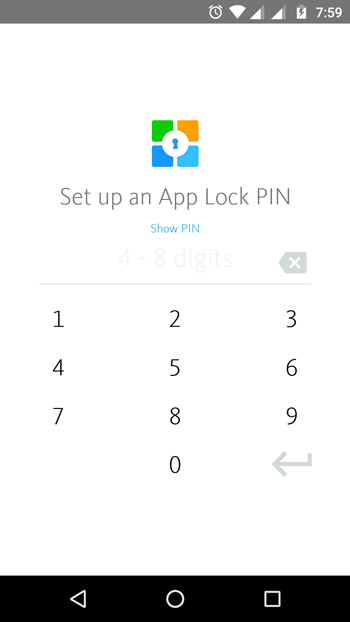 Following that, you need give it the Device Administrator privileges so that it can increase the security. 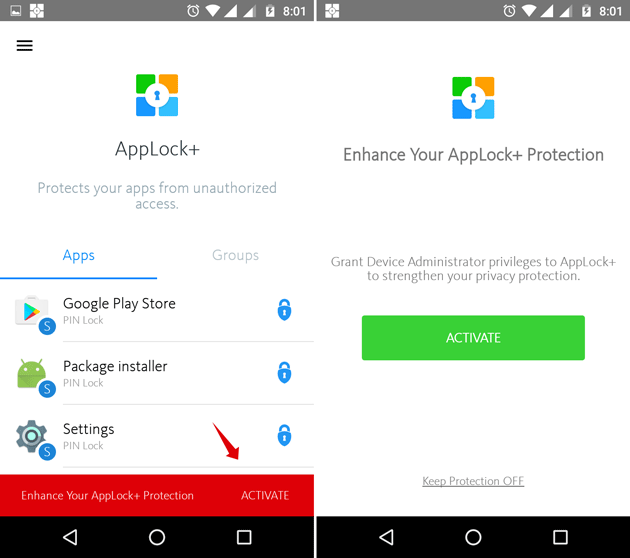 Then, you can select either particular app or group. 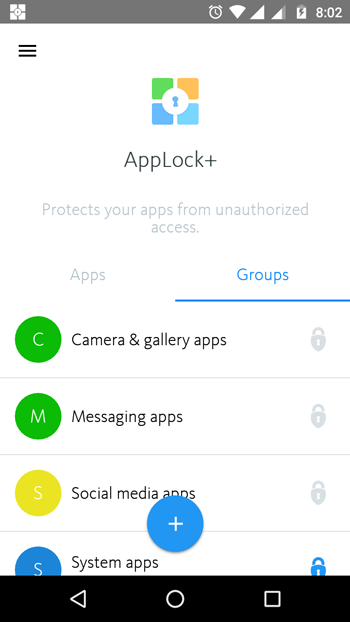 That’s it! This is as simple as said. Hope you will like it.