Creating and uploading an animated video or image can help you grow your social media accounts quickly. However, if you are new to this field, you might have to spend a lot of time to understand the objectives. Nonetheless, things can be different if you own an Android or iOS mobile. You should check out these following animation apps for Android and iOS so that you can create something beautiful within moments.

1] I Can Animate – Free Animation App For Android/iOS 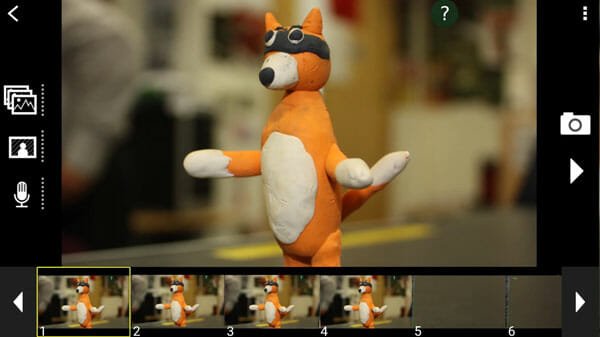 I Can Animate is one of the best animation apps for Android and iOS that is being used by thousands of people from across the globe. You can create stop motion video with the help of this application. It offers almost all the essential options such as timeline, frame selection, color adjustment, etc. Although it is device-dependent, you can get 1080p video from this app. If you have an Android mobile, you can download it for free, but iOS users need to purchase this application. However, you can download the ‘lite’ version for free for the iPhone and iPad. This is compatible with iOS 8.0 or later version and Android 4.3 or later version. 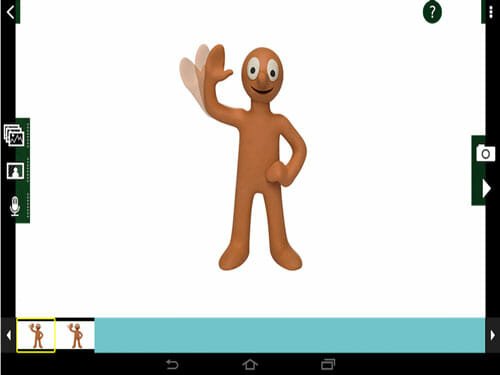 Animate It is an iOS and Android only application, and you need to spend $2.99 to purchase it. You can capture a video, create a time-lapse video, change the playback speed, delete frames, etc. It has some basic camera controls such as focus management, white balance adjustment, exposure management, etc. It lets you save the output in your mobile, but the best thing is that you can export files to Dropbox as well. Another useful feature is that you can upload the file directly to your Facebook account or YouTube channel. The UI looks uncluttered on the iPhone as well as iPad. If you are ready to purchase it, make sure that you have iOS 8.0 or later version and Android 4.3 or later version.

If you are learning animation, you should get something different and more advanced than the usual tools. If so, you should check out the Animation Desk, which is probably the best option as it comes with many essential functionalities that you might need. You can draw or make sketches in this app, fill it with color, add something on an existing image, and others. This is meaningless to mention that you can animate the whole thing with the help of this software. According to the official download page, you can get forty-six different brushes so that you can sketch something awesome. This is possible to create an animation video and choose the frame rate from 3FPS to 24FPS. This application is compatible with Android 4.0.3 or later version and iOS 9.0 or later version.

No matter if you are learning how to sketch, animate, or you are doing storyboarding, you can make use of this FlipaClip. This is a free animation app for Android and iOS that is compatible with iOS 10.0 or later version and Android 4.1 or later version. Although you can download it for free, you need to spend some money to unlock all the functionalities. You can get layer support so that you can make something in detail. On the other hand, the drawing section offers brushes, lasso, fill, eraser, ruler, etc. This is possible to create something in 1920×1920 pixel. You can add audio, image, etc. in your animation file and save the output in your mobile in MP4 or GIF format.

Animate Free is an Android-only animation app that is available for all Android 4.0.3 or later version running mobiles. It offers some characters, objects, etc. and you can use them, or you can create something from scratch according to your requirements. Each clip can contain upto 32 keyframes and 20 files. IF you are familiar with these, you may know that the number is pretty significant for a new as well as an experienced animation video maker. It shows a graphical view of your video so that you can understand the flaw swiftly. As an animation app, Animate Free looks pretty good in terms of user interface since most of the tools are quite cluttered because of countless options. Download 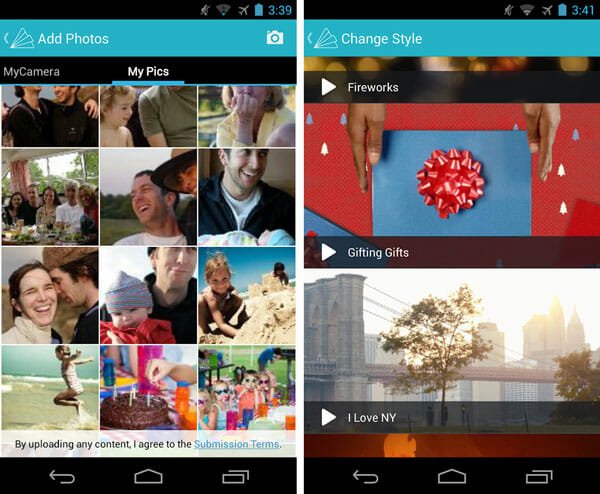 Animoto is more likely a slideshow maker app for Android and iOS. However, you can use this tool to turn your custom made characters into a film. Animoto is available for iOS 10.0 or later version and Android 4.1 or later version. It has the most elegant user interface as it doesn’t offer numerous options like other mentioned tools. However, you can do the job quite efficiently since all the essential options are included in Animoto. To get started with this application, you need to select all the images first and add them in a sequence according to your desire. Although this app is available for free, you need to spend some money to purchase packages and unlock more features.

Toontastic 3D is a 3D animation maker for Android and iOS. You can do and make almost anything with the help of this application since it lets you draw characters, include them in your video, manage objects via a timeline, and so on. As the name suggests, you can create 3D characters if you are done with 2D animation. Although this is compatible with all iOS 9.0 or later version running devices, this is recommended to install it on an iPad to get the best user experience. On the other hand, you can download and install it on any Android mobile running Android 5.0 or later version.

These are some of the best animation apps for Android and iOS. I hope you will find them useful.