How to Change Keyboard Color of Android

Although, Android is a very useful and powerful mobile that is very customizable as well, yet, sometime users get problems while doing plenty of things. There are many things what are missing in Android and users think Google should include those features in the very next version of Android.

Keyboard is always an important part of any mobile. If your keyboard has any problem, it will eventually slow down your productivity. For example, the auto correction is a huge problem for them, who use English alphabets to write other language on English keyboard.

If you have noticed the Android keyboard, you may have seen that Android has a grey colored keyboard. No matter, whether you are in a low light area or broad daylight, you will certainly get the grey colored keyboard while typing. Although, this is feature rich keyboard, but some people often face problems for the color combination of this keyboard.

Therefore, if you want to change keyboard color of Android and want to set a custom color for your keyboard background, here is a solution. As Android comes with a lot of apps, you can install one of them to get things done. You have to go through few couple of steps but this is not much time consuming.

How to Change Keyboard Color of Android

There is an app called Chrooma Keyboard, which is free of cost. Although, this is a free but you have to spend at least $1 to get unlock other features. Chrooma Keyboard is a very popular Android keyboard app, which looks exactly same as the default Android keyboard. It is available for Android 4.4 and later version. However, the size of this app is pretty big (48M). 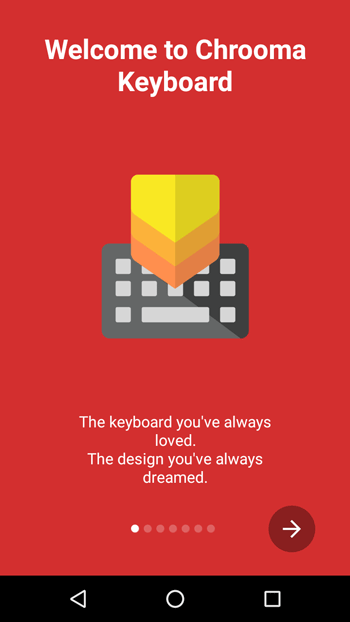 Tap on the arrow. The first thing that you have to do is to enable this keyboard. As Android does support third party keyboard, you will not get any problem at all. Just tap on Enable button. Following that, you will be redirected to the Language & Input page, where you have to select the Chrooma Keyboard. 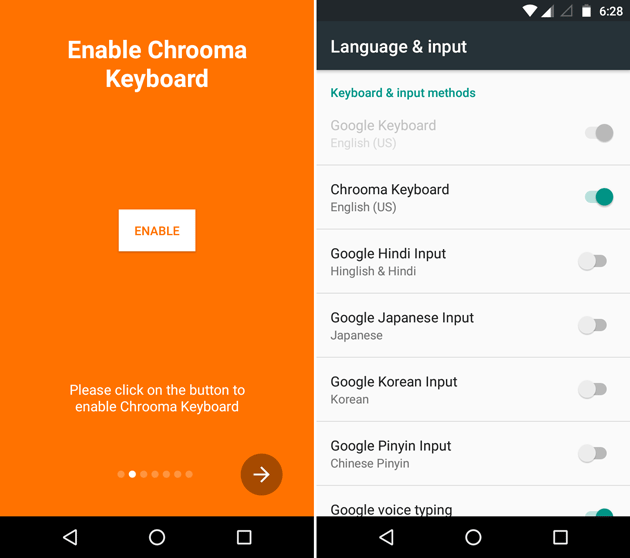 After that, you have to change the keyboard. On the very next screen, you can find some options like below, 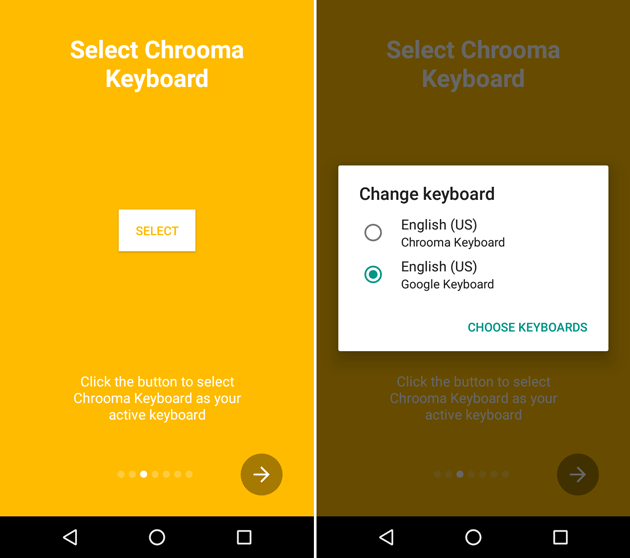 Just select Chrooma Keyboard and go to next. Thereafter, choose your language by following the screen option. Then, the actual option panel of Chrooma Keyboard will be opened, where you will get some options to use this third party keyboard. Now, the color of your keyboard has already changed, what can be found if you open keyboard. Now, as mentioned before, if you want to set custom color to your keyboard background, you will have to opt for the premium edition of this app. Before that, you can also try the pro version by signing up with your Google account. After signing in, switch to Appearance tab. Here you can find an option called Adapt keyboard color and by default, it should be turned on. Turn it off and tap on Choose fixed color. 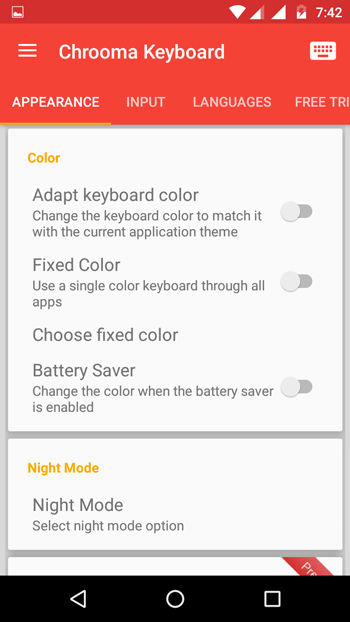 After that, you can choose a color that you want to set as background color of Android keyboard. That’s it! This is as simple as said.