How Deaf People can Make Calls on any Smartphone with RogerVoice

Technology has been solving problems since we started rolling wheels. Presently, facts are excelling fictions now. Supporting this fact, now, every human being, suffering from a partial or complete hearing hardness, can hold a smartphone and make a call. With RogerVoice, the first ever complete application for this purpose, deaf people can make calls. This application has the calibre to transcript any voice call to subtitles with an almost zero delay time. It also supports any bluetooth enabled hearing aid. In both ways it’s a real friend to those who can not hear properly. 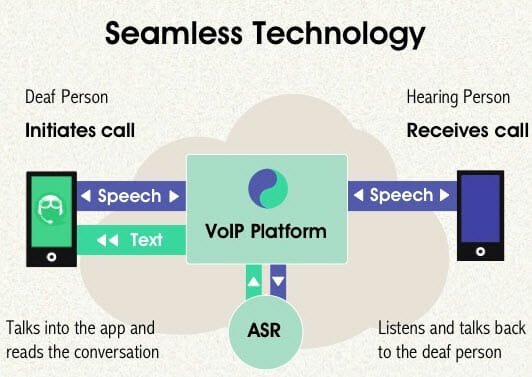 Factually, RogerVoice is a VOIP platform with an integrated ASR(automatic speech recognition) system. It simply converts one’s responder’s voice into text transcriptions. So, how the whole story goes on? When any deaf people calls anyone using this application, he receives instant live text transcriptions for his responder’s voice. He can not hear it but he can read it and reply instantly. It’s just like reading a notification within a phone call. Simple and smart. Now, your grand parents can call you and make your day or vice versa. They can have your touch without hearing your voice from a distant place.

Currently, RogerVoice is on their pursuit of happiness on Kickstarter, after being successfully funded beyond their initial pledge, for making it even a bigger platform for these blighted peoples. If you find this a noble cause, support them on Kickstarter or share the story among your communities.

Get connected from every corner

Moreover, being a mobile application RogerVoice enables its users to be mobile. On every smart device those hearing impaired people can have the opportunity to call the rest of their world even on the go. For enjoying this superior gift of technology they don’t have to be place specific. RogerVoice has the multi-device support. Anyone can make it work on their desktop, tablet and the most importantly, from their smartphone. It can even transcript a voice into texts within a video call on any device. So, they can live their lives like the rest of the regular people. Now, they can carry a smartphone with them wherever they wish to travel with having the insurance to get connected without depending upon anyone’s pricey help. 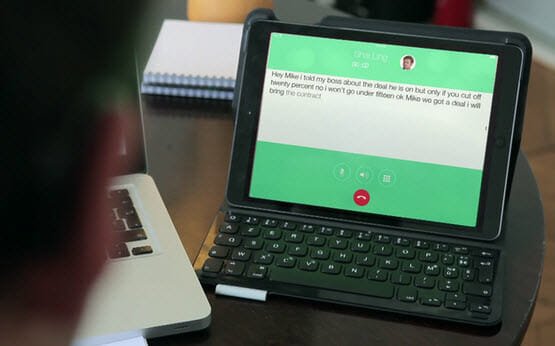 People who is suffering from partial hearing hardness or deafness can have the feeling that they have been left back by the society. This application got all the potential to destroy this gap for sure by building up the much needed confidence that from now on, they can live on their own. It’s less anything but a pure mental energy for those who might be thinking that this hearing disability has closed the door of the society for them.

It’s concerned about your language and security

RogerVoice can work with almost all the languages, mostly spoken on this earth. Added to this, it’s also concerned about the security. According to the company, every call that will be made through this application, will remain private and confidential. So, without any hitch deaf people can make calls with it.

They are not blessed with the ability of hearing. They will never taste those blissful creation of Beethoven or Mozart. Yes. I am talking about those people who falls under the medical category namely, ‘Deaf’ and they can not shake their head with a popular Bono‘s number. According to WHO, they populate 5%(A staggering 360 million) of the human species. When the overblown world is making billions of phone calls a second, they couldn’t even dream to hold a phone to call their doctors in need. Now, with RogerVoice, they can.