LIVE GIF- An App That Converts Live Photos Into GIF

Apple had announced iPhone 6s and 6s+ as their major flagships this year. Both devices run new iOS 9 and got some great reviews about their spectacular performance already such as on Geekbench even matching with some laptops on ratings. Apple already known for delivering great design with performance balancing the hardware specs with software experience. Apple lovers are already liking the new iPhones. The drawback that 6s had is battery, but 6s+ gives some good battery backup to it’s users. 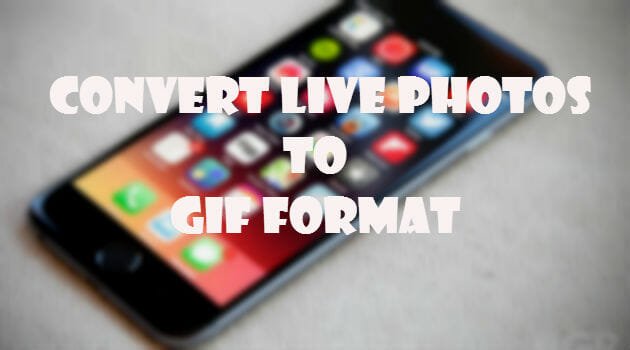 One of the major changes that happened to this year iPhones is their Camera. On the hardware side, the usual 8MP sensor had bumped up to 12 MP this year. So, both iPhones are capable of taking 4K videos from now on which is a great news for crispy video lovers. Apple’s camera is already known for delivering some great performance by balancing pixels and image processing with easily-understandable UI.  Both iPhones will give you some great shots and videos even on low lights. New camera in both iPhones would be one of the best sensors this year in any smartphone.

Another feature Apple had added to their devices this year is Live Photos. Basically it is a camera feature which  allows  to  capture 1.5 sec before and 1.5 sec after you press the camera shutter. It will be on by default on your device with a new icon on the top. When you are taking a photo, it will indicate “Live” so that you will notice you are taking a live photo. It’s not a video, but it’s just a photo like a gif.  You can view a live photo by pressing and holding on the photo. Otherwise it will just look like a still image.

While introducing this feature on the event, the company said that you can do a bunch of things with this feature. It will give you a real experience of the moment rather than a normal image allowing you to view what’s happening for a period of time before and later. You can share this photo on your Mac, iPad and other Apple devices or you can view your live photo on therm or  set your photo as your wallpaper or a watch face on your Apple watch. You can share Live Photo between two Apple devices by AirDrop or via a message or by iCloud Photo Sharing.

But what if you want to share with someone who’s not an Apple user? If you try to email a live photo, it will still show up as a normal image.  When I searched to find a solution to this problem, I found a solution that will work from your Mac (courtesy here) App like GIF Maker for Mac will help you to convert live photo into gif. But to do so, you need to plug your device to your Mac PC, upload your photo and convert it from there. Or, there are sites like imgflip or MakeAGIF which will allow you to convert your Live Photo to gif format online. But what if you want to convert that directly from your iPhone?

LIVE GIF is all you need. This is an iPhone app, you can get it from AppStore here. It is a simple app which allows you to convert your Live Photo into gif there by allowing you to share via email, or social networking sites or even with non-Apple users.

The App is very simple to use too. Just install it, open your Live Photo , convert it to gif format and share that’s it. You can even share it as a video, or as a gif. 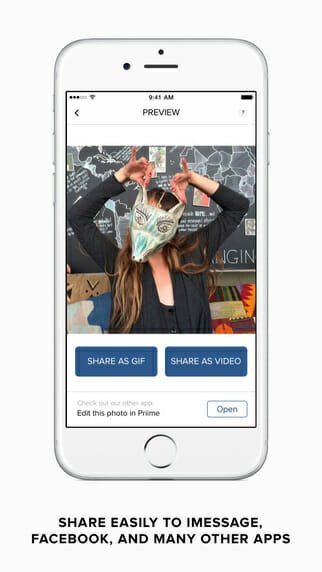 What do you think of this App? Do let us know in comments.