Picklor: Get Color Code from Any Object using Android Camera

There is no doubt that Android is one of the best mobiles platforms out there and this is why millions of people are using Android. There are many reasons why Android is popular among budget smartphone buyers and price and reasonable features are two of them. People are opting for Android instead of iOS and Windows Phone when they are in need of smart features at reasonable price.

If you are a web or graphics developer and designer, you might have seen that there is a tool called color picker which is available in almost all designing tools like Photoshop, Illustrator etc. That color picker does what it says. It means, you can pick a color from a photo and use that further in various things like color a blank space etc.

Such a similar feature can be found on Android. Obviously, Android doesn’t provide that as a system feature of in-built feature. But, you can get a Color Picker on Android using Picklor. Picklor is a free application for Android, which is available for Android 3.0 and later versions.

Currently Picklor has been updated to V3.0.2, which includes a lot of features and options. By making use of Picklor, this is possible to pick a color from live camera or from previously captured image. No matter where the image is but you can easily pick a color from that photo. The most interesting thing is you can capture the HEX and RGB code of any color even after zooming in to a photo.

Picklor: Get Color Code from Any Object using Android Camera

As mentioned before, utilizing Picklor is very easy and you do not need any previous experience. On the other hand, you can use Picklor educational purpose as well. At first, install Picklor on your Android device, which is running Android 3.0 or later version. After installing and opening Picklor, you can find a page like this, 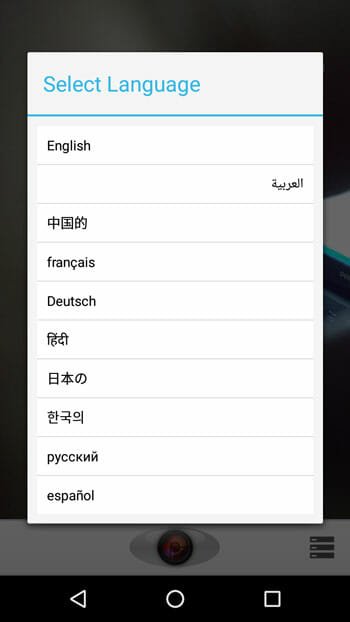 Here you have to choose a language. You can choose anyone among 10 languages. After that, the following window will be appeared. You can find your camera ON and a color picker circle that will let you focus on a particular object and capture the color codes of that color. For more illustration, check out the following image,

You can choose any number of color and save them to the Picklor directory. To save a color, just tap on that and enter a name. Here, you can find the RGB as well as HEX code as well.

As previously mentioned that this is possible to choose color from a previously captured photo, you can easily do so with the help of the menu button. Press the menu button and head over to the first option among four. Thereafter, open any image by tapping on the “add photo” button. After that, you can find a screen like this, 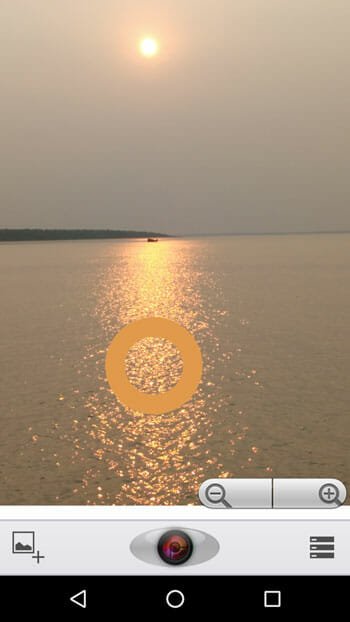 You can use the same technique to pick any color. This is also possible to zoom in and out the photo in order to get better color.