Twitter’s new web interface has been there for quite some time now.

Although more enhanced than the older Twitter UI, the newer Interface of Twitter still lacks a couple of features which should have been incorporated anyways.  Common features like uploading photos, shortening links, expanding the short URL’s and inline media streaming is still missing in Twitter.com’s new interface.

I am a big fan of desktop Twitter clients like Tweetdeck but use it only once or twice a day. Basically, I use Twitter’s main web interface during casual web browsing and use Tweetdeck to filter Tweets, track lists, hashtags, keywords or maintain my site’s official Twitter account, Facebook fan pages and so on.

So while I am using the main web interface of Twitter – I miss some of the features of a full featured Twitter desktop client. The most common ones are shortening URL’s, uploading photos, expanding long links and so on. 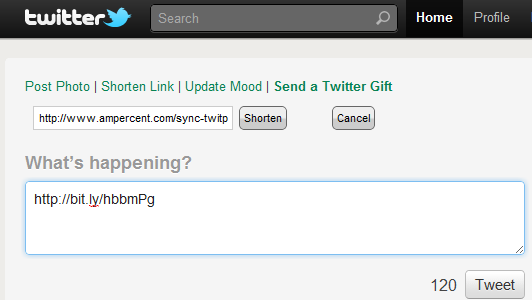 The power Twitter extension for Google Chrome allows you to upload photos directly from Twitter.com, without having to use any third party photo uploading service like TwitPic, Yfrog and so on. You are also shown a URL shortening Text box, so that you can quickly shorten URL’s directly from Twitter’s new interface and do not have to use a third party custom URL shortener.

To upload a Photo, there is no need to head over to TwitPic or any other photo sharing website, upload the photo, grab the link and come back to Twitter to share the Photo. Simply select the “Post Photo” link and upload a photo from your computer.

The extension also auto expands short URL’s and presents the Title of the article, instead of showing the default shortened link. This is very useful because you don’t have to click the link, go to the target page and know what that page is all about. You can preview the Title of the webpage directly from your Twitter timeline, as shown in the following screenshot: 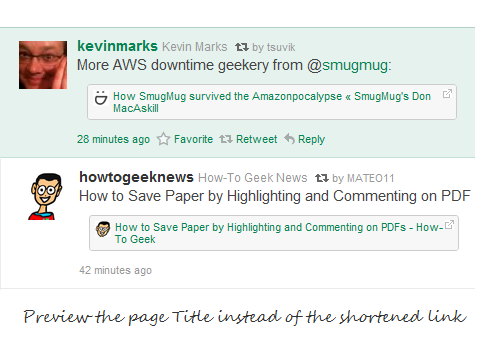 The extension however, automatically previews all media, images, videos directly on your Twitter timeline so that you can watch the video or the image, without having to click the more option placed at the right of the Tweet. 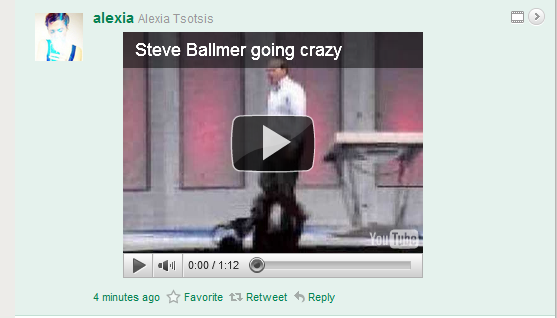 Give this a try and let us know your thoughts and ideas in the comments section.