Prevent Driver or Windows Update from Reinstalling in Windows 10

Although, Microsoft launched Windows 10 almost a month ago, yet, there are many hard manufacturers, who haven’t updated their driver for this new OS. That is where the problem begins. This is mandatory to check whether your PC manufacturer has updated the driver or not, but most of the people do not check that. They just upgrade their PC desperately.

Generally, computer hardware manufacturers try to update their driver once in a month or two. Sometime, an update works really well, when sometime an update creates various issues like hanging, lagging etc. Therefore, for many reasons, most of the people uninstall the driver update to get back the older version, which runs smoothly. The same thing happens with some Windows updates as well. There are many Windows updates launched by Microsoft, those are actually not so useful and sometime they have made plenty of problems.

In Windows 10, this is a common problem and it is not going to stop very soon since some computer hardware manufacturers still working on the updated drivers. Therefore, if you are using Windows 10, have updated different drivers and getting issues, here is a solution, which will let you prevent any driver or Windows update from being installed in your Windows 10 PC.

As Windows 10 doesn’t allow users to block Windows Update totally using a user-friendly way, this solution is going to help you to prevent a driver update or a Windows update from reinstalling after removing that from your PC.

Prevent Driver or Windows Update from Reinstalling in Windows 10

Recently, Microsoft has shown us a simple workaround that generally block all types of update from reinstalling. This is probably the simplest way to get things done since Windows 10 has no option by default.

Microsoft has unveiled a troubleshooter, which is named wushowhide that refers to WindowsUpdateShowHide. This is an easy to use solution of this problem that creates a lot of things in the background of your machine.

Anyway, at first, download wushowhide and double click on it to open. As this is a troubleshooter app, it comes as portable edition. That means, you do not have to execute any step to install it. After opening this app, you will get a screen that looks like the following picture, 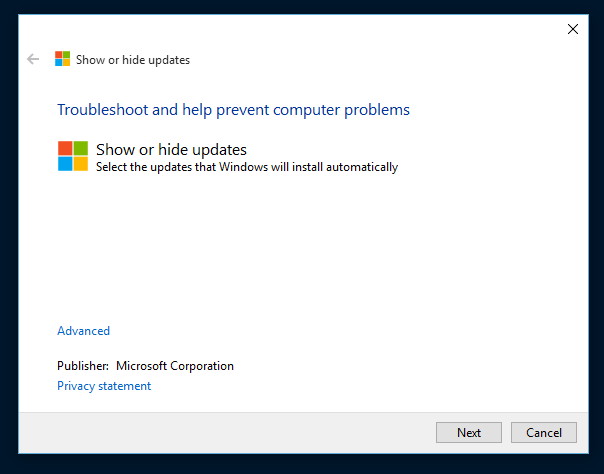 Click on Next. Now, it will try to detect all problems. 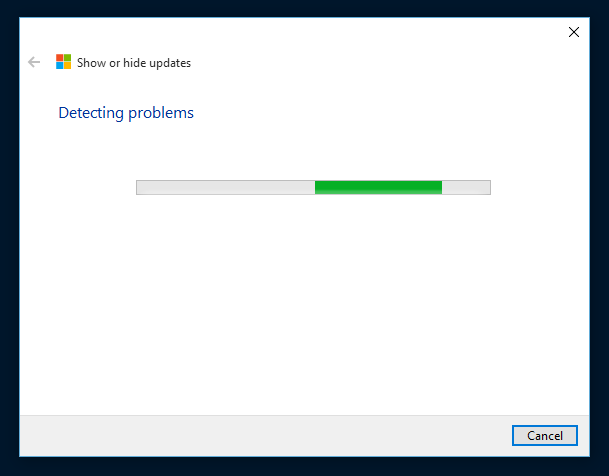 Within a few couple of seconds, you will get the following screen, 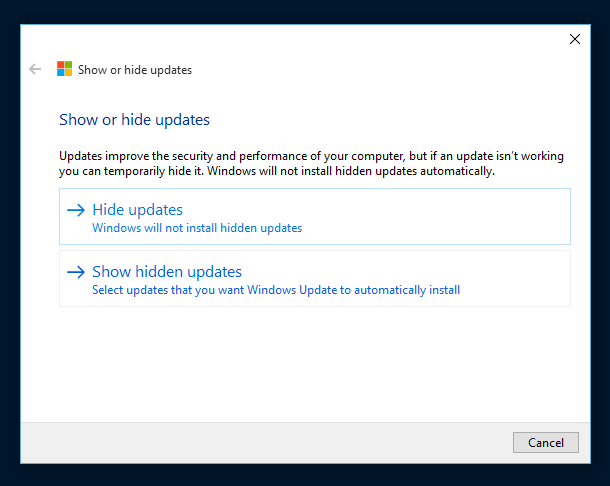 Once you do that, you will get a screen having all updates. You can select or deselect any driver and Windows update.

After executing this thing, your machine will skip those updates from being installed when you will check and try to install any update from Update & Security panel.

If any update is creating problems instead of helping, you will have to uninstall it. But, after uninstalling, that particular driver or even your machine will show those updates continuously. To get rid of that, use this simple trick to skip those updates while checking for new updates.

Read Also: How to Check For Driver Updates In Windows