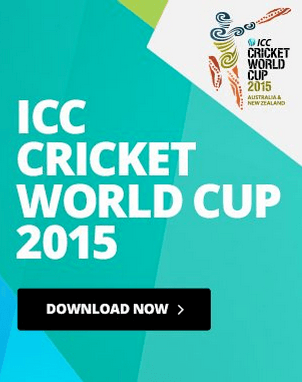 In this article, we shall be going through the features of ICC CWC 2015 app including the much-awaited ICC Cricket World Cup Fantasy League game for all cricket fans. You will understand how you can install the Cricket World Cup 2015 app for free on your Android device as well as iOS device and get full coverage of the 2015 edition of ODI Cricket World Cup.

To start with, this app will enable you access to the World Cup 2015 time table on your finger tips. You will be able to check the entire list of fixtures for this ODI World Cup event. Interesting match reports for every match day of the CWC 2015 will keep you glued to this app. 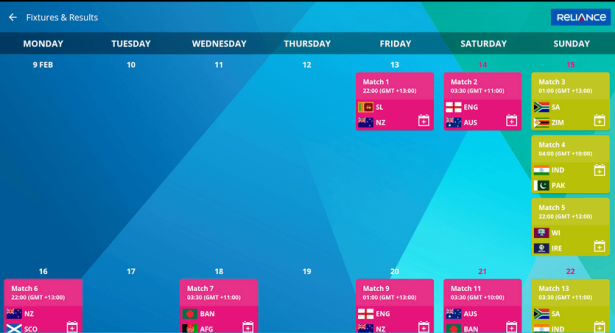 Even if you want to only check the end scores of a match, this app will display the results of all World Cup matches. You can check out player interviews, read columns from cricketing legends, etc. 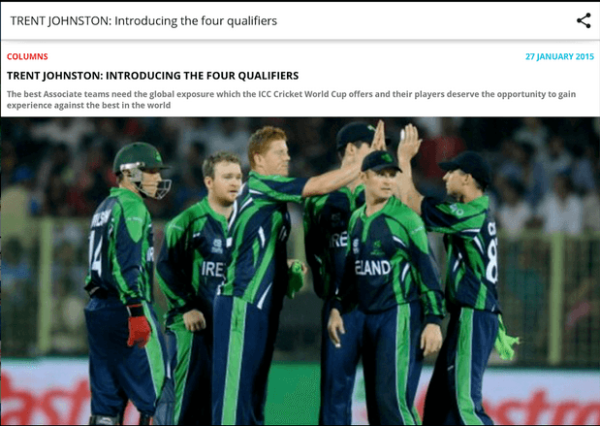 With this app, cricket fans all over the world will get access to ICC Live Match Centre providing fastest World Cup match updates with ball-by-ball coverage and commentary i.e. lightning fast Live score updates for CWC 2015. Apart from videos from past World Cup events, you will be able to watch World Cup 2015 match highlights videos on this app. Also, you can view some other exclusive World Cup videos related to key moments of the match, big innings, all dismissals, post match conferences / interviews of that particular match, etc. 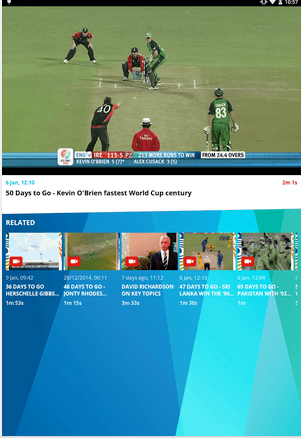 As part of innovation, the app will allow you to pledge support for your favorite team of World Cup 2015 within the app and receive all updates, news, etc. related to that team. I am sure billions like me will keep a tap on Team India World Cup 2015 matches and hope they would defend their World Cup title amicably.

It will provide interactive experience to the users through polls and social hub participation (with #cwc15 being a highly used hashtag for World Cup Cricket 2015 event). Also, the app has a very good intuitive design that will adapt itself depending on the screen size of your smartphone or tablet. It will help you get activation to play Official ICC Cricket World Fantasy League game, Official Cricket World Cup 2015 Quiz, etc.

All in all, the app has got something interesting for every cricket follower. Based on your interest, you can use the various features of the app.

I have already downloaded this sports app (size 21 MB) on my Xiaomi smartphone from Google Playstore. Now, I can hardly wait for the tournament to begin. ICC has done a great favor by launching this mobile app based on cricket world cup 2015 event to keep track of everything related to it (before, during and after the tournament gets over). I am sure this would easily become the most popular cricket app. Have you downloaded your app yet?