Syncing files and folders between multiple desktops, mobile and tablet devices is an absolute pain. Thanks to file sync services such as Dropbox, Microsoft Live Skydrive and Google Drive, I can automatically backup and sync files, music, documents and folders between two computers. I use a laptop that runs on Windows 8 while lately I have also upgraded to a macbook air, so services like Dropbox and Skydrive helps me keep all my files in sync on different computers.

But as far as mobile devices are concerned, file sync is not that smooth and neither automatic in nature. For example, you can’t automatically sync files with Dropbox for Android. You can download all your files from your Dropbox account into your Android device but Dropbox does not really sync with mobile, as it does with desktop operating systems such as Windows or OSX. Another major drawback is that when you want to sync files on Android with MAC or Windows, you have to manually upload the file to your Dropbox account. This methodology has several drawbacks

Precisely, you need a simple solution which will sync a folder on your mac with your Android phone or sync a folder from your PC with your Android device. This is to make sure that all your songs, music, video, media, documents and important files and folders are automatically synced across all your devices and you get to see the same set and structure of files, on every device.

Here is how to get started with CheetahSync. 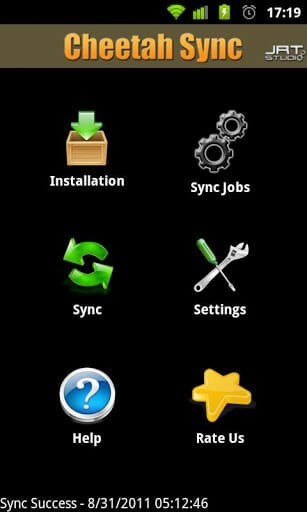 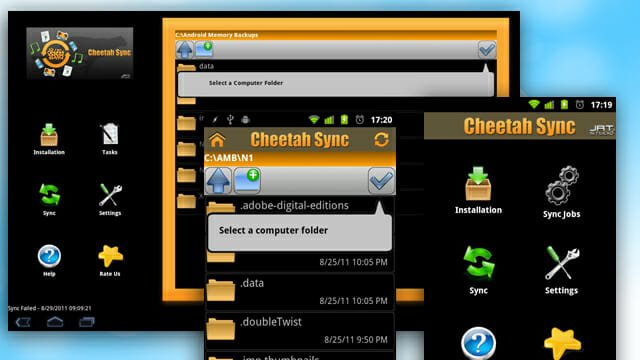 Overall, this is a very easy way to autosync folders between mac and Android, mac and pc, pc and android and keep the same folder on every device. Personally, I would recommend Cheetahsync to sync songs between Android, MAC and PC, so you always have the same media library, no matter which device you’re using at any given moment.

CheetahSync requires a Wi-Fi network to sync files and does not work with bluetooth pairing between two devices or sync via mobile 3G network. Check out CheetahSync’s FAQ for answers to commen questions.