All Whatsapp users might be aware of the benefits that come along with the “last seen” timestamp feature. Though it might be a headache for some people who don’t prefer others to know when they were online, there is always the option to hide “last seen” feature in Whatsapp. Doing some catch up with Whatsapp as well as innovating further, Google Hangouts has got some real useful updates for the Android version of its app.

In this article, we shall check out wonderful new Google Hangout updates (Google Hangouts app v2.4 for Android) in the form of Smart location sharing, last seen timestamp as well as video filtering for video calls.

I have been using Google Hangouts for a pretty long time now and I am aware of the agonizingly long wait I have experienced for replies from certain people I have chatted with. With the latest update for Android app of Google Hangouts, we now will be able to see when our friend or colleague was last active i.e. we will come to know the exact time he / she was online on Google Hangouts messenger. You can change your own ‘last seen’ timestamp in settings. 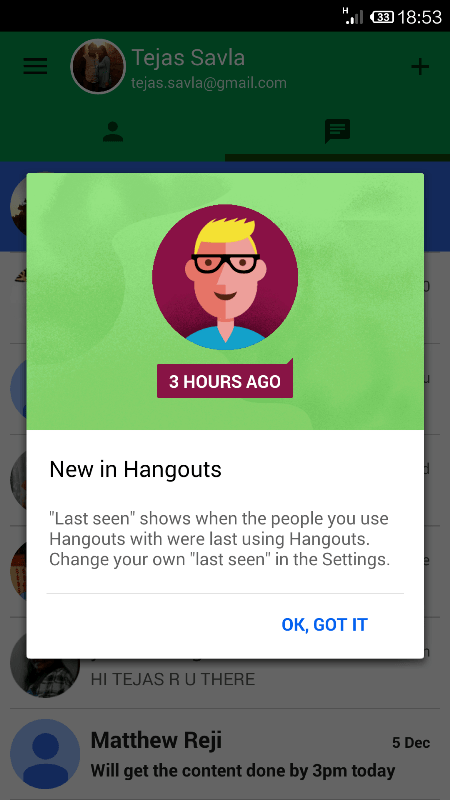 In the words of Google, you will never have to ask again “are you there?” For me, this is the biggest of all the recent updates rolled out for Hangouts. Though I understand this feature will be slowly rolled out in waves in the coming days. So, though I have already received it on my phone, many of you might still not have it!

If the Hangouts video calling feature was not attractive enough, it has been made even more appealing to all through the availability of various video filters like Vignette, Sepia, Black & White, etc. Accessing the video filter options is as easy as a single swipe during your call with friends or family.

Currently, we are already able to share our location on Hangouts using the attachment pin option to opt for “Location” and then sending the required details across to our friend. This location sharing process on Hangouts Android app has been made much easier now. In fact, all you need to do is a single tap to be prompted with the location sharing pin to be shared on the map. 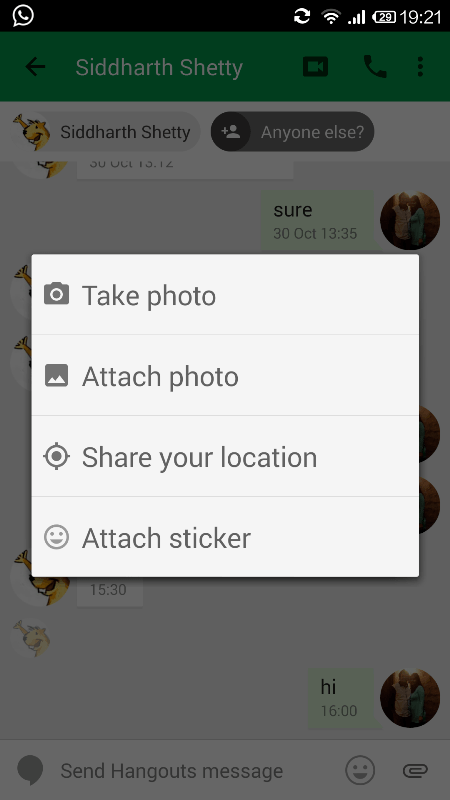 Apart from the 3 major updates discussed above, there have been several minor changes implemented in this app. For example, you will now be able to express yourself better during chats using the 16 sticker packs. Also, if your Google Hangouts Android app is not already updated, you can do so by visiting the updated version on Google Play Store. This will require you to re-confirm your mobile number which in turn will make you easily found by your other friends and well-wishers using this app. I have done the same and have started enjoying the new features except ‘last seen’ one. Have you?