Motoroala did it again. The company launched another budget oriented smartphone in Indian smartphone market. The new phone from Motoroala, called Moto G Turbo Edition, Came out for just Rs.14,499/-. It is available on Flipkart, and guess what, this device has octa core processor, it supports Turbo Power Charging (you might already have guessed it by reading the name) and water resistant. What else you could ask for?

If you observe smartphone market all over the world, Motorola always been a favorite for average consumers. Moto X, which was made by this company couple of years ago, attracted attention worldwide as it had changed the perspective towards how a smartphone could be. That device successfully managed price and features and gave satisfaction to the customers. Even though the company had made phones like Nexus 6, it didn’t leave average smartphone market and has been releasing variants with great specs such as Moto X Fore and Moto X Style which came earlier this year. 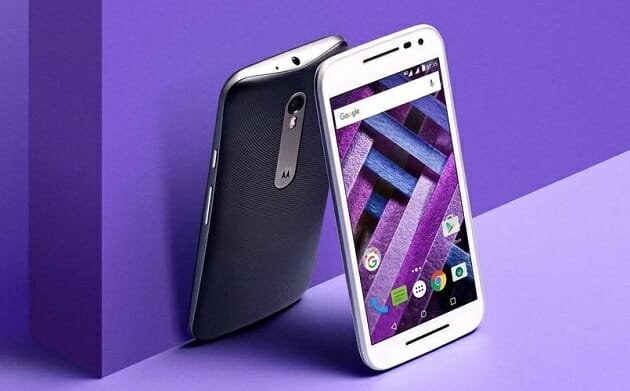 Coming to this guy, especially in India, there is a lot of demand for mobiles fall in 10k-15k price bracket. So Moto G Turbo Edition would attract so many people who want to buy a smartphone. Even though you don’t want to buy this device, it is worth checking it out as you may could recommend it to your friends or may be give this device as a gift in this holiday season.

This device is a typical Motorola device with stylish textured plastic back and curved edges. The signature dimple at the back gives nice looks and this would give great grip while holding. Moto G Turbo Edition has a 5inch TFT LCD 720p HD display with pixel density of 294ppi. The screen also comes with Corning Gorilla glass 3 protection. This device is IP67 enabled, which means water and dust resistant. Regarding this feature, the company says that
this device is “Designed to withstand immersion in up to 3 feet of fresh water for up to 30 minutes provided the back cover is properly sealed. Not designed to work while submerged underwater. Do not use while swimming, or subject it to pressurized streams of water.” 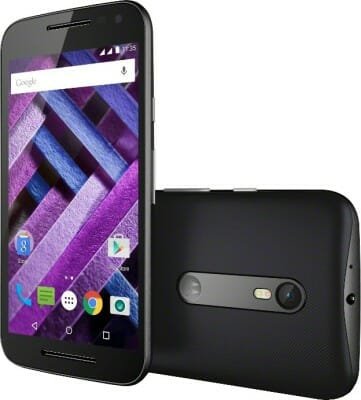 In a 5 inch screen, 720p display would fit without any issues. The display would give you appropriate brightness, vivid color production, and great viewing angles. The dimensions of Moto G Turbo Edition are 142.1 x 72.4 x 6.1-11.6(curve) mm (length x breadth x thickness) and weights 155grams in hand. Being available in white and black colors, this device has durable body and design. If you are a Motorola fan, you will like it for sure.

For a 15k phone, these are great specs. As you can see, this device would run pretty neat and handles multitasking very well without any glitch. You can also play games , watch HD videos, store your music in this device without any issue.

Again, for a 15k phone, these are great specs. Even though Motoroala Phones do suffer with a little bit of less image quality, which can always be fixed via software updates. Using this camera you can get nice shots with good amount of color production on the daylight for sure. On low light conditions, LED flash would save you to take shots. Even though this isn’t the best camera on a smartphone, for a 15k phone, this sensor packs decent specs, atleast on paper.

Coming to front camera, Moto G Turbo Edition has a fixed focus sensor with Display flash. It also features Field of View 72 degrees, tap anywhere to capture. Since it has flash on the front, you can get nice shots even when light around is dim.

Moto G Turbo Edition has a 2470mAh battery which comes with Turbo Charging feature. That means, with just 15 minutes of charging, you can get up to 6 hours of usage. If you are an average user, you can last a day on this device without running for charger. Fast charging feature is rarely being offered in budget phones. This would be an asset for this smartphone and many people would like it for sure.

There comes the question, “Should I buy this device”? Well, With all these great features though, it suffers lack of some features which are being offered by other vendors at this price bracket such as -NFC, fingerprint scanner, 5GHz wi-fi support, and USB Type C. Lot of alternatives at this price bracket also coming with more RAM and storage. That said, this device comes from Motorola which is well-known for delivering smooth experience. Coming with v5.1 of Android would be a downside for this device, but, you can expect to receive OTA update soon. If you are looking for a stable device with neat performance or ff you are fan of Motorola, this is a great device under 15K for you and fastest budget smartphone from the company till now.

You can check Black variant and White variant on flipkart.