Yet another Chinese smartphone manufacturing company QiKu is entering Indian smartphone Market. Apparently, QiKu is a joint venture by Chinese company Qihoo 360 and Coolpad. This company launched it’s first smartphone in India: Q Terra. This device looks actually pretty nice and got nice specs such as huge 6 inch screen and dual camera setup at the back. So let’s take a look at the specifications of this device. 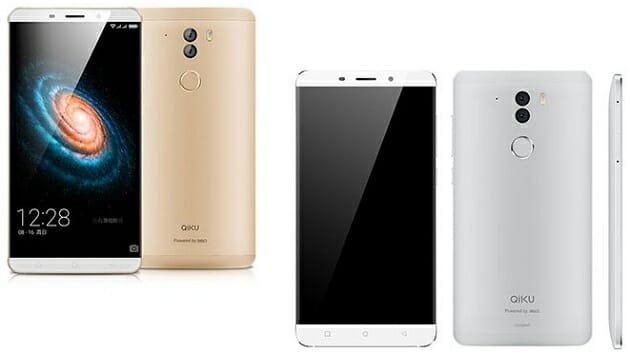 From the images, this phone actually looks stylish with metallic finish and curved edges. On the front side, the screen got beautifully fit into chassis giving nice look. On the back, you would find Dual camera setup and fingerprint scanner below to that. Following the trend, QiKU also decided to put scanner on the back side right below the cameras so you need to hold the phone so that your finger actually reaches the scanner. Also, you need to be careful while holding it because it could cause accidental unlocking sometimes.

Q Terra has a huge 6 inch FHD sharp IPS display (1080 x 1920 resolution with pixel density of 386ppi). Even though in today’s market, companies seem to increase phone sizes but limiting the resolution to only 1080p to avoid extra battery consumption. Different people have different tastes, but holding a 6 inch phablet would be weird for some people. But if you got used to it, there you go.

Even though the dimensions of this device are unknown at this point, this device looks thinner and of course larger.

Q Terra is powered by 2GHz hexa-core Qualcomm Snapdragon 808 (MSM8992) chip paired with Adreno 418 GPU. Coming to RAM and storage, this device has 3GB RAM and 16 GB of flash storage which can be expandable up to 128 GB via SD Card. On the front, Q Terra runs Quihoo 360 OS based on Android Lollipop with some nice features included. Stay tuned, we will let you know how to get best of this OS soon.

Yes, now we came to an interesting factor of this device. Q Terra got a two 13MP sensors with f/1.8 aperture and dual tone LED flash on the back. One sensor from the two which is a Sony IMX278 sensor would capture a normal color image while the second camera which has Sony IMX214 Mono sensor will capture black and white image. Both these sensors will work together to give you a great picture with improved color accuracy. This camera also supports features such as Fast focus, geo-tagging. You can shoot 4K videos also using this device.

On the front, Q Terra has a 8MP sensor with f/2.4 aperture supporting FHD video recording. So using this sensor you can do video calling and take selfie shots very easily.

Q Terra has 3700mAh battery with fast charging support. Using this device, you would get nice battery performance without a doubt. You can also charge this device faster using fast charging feature if you are in a hurry.

It has a huge display, nice processor and storage, great cameras and decent battery. If you are a fan of big screens and photos, you can definitely consider this device.