How to Stream Xbox One Game to Windows 10 PC

There are loads of reasons to like Windows 10 and here is one of them. Although, Xbox itself is a great gaming console, which comes with the controller that helps users to play any available game as per your wish.

Microsoft’s most awesome operating system is going to launch very soon and they have already tried tons of new features. As a result, Microsoft had to add and remove so many things. At the same time, if you are a die-hard gamer, I am sure that you have tried Xbox One to play some strategic, racing and outdoor type of games.

Xbox is probably the best console to play games without having any hanging and other system error. The most beautiful thing is this is very easy to connect the Xbox controller with PC using the Micro USB data cable.

However, if you check this method minutely, you will notice that you can play the game on your PC using Xbox controller as long as you are in front of your PC. This is because USB data cable doesn’t come with a long wire. Hence, you will face problems because of the length of data cable wire.

Nevertheless, Windows 10 has solved this problem. With Windows 10, this is possible to stream any Xbox game to the PC without having any problem. That means, no matter whether you are in your couch or in the roof of your apartment, you would be able to play your game as long as you are connected with same network.

Windows 10 comes with a great synchronization under same network devices and that yields a great result like this.

How to Stream Xbox One Game to Windows 10 PC

The setup is very simple and not much time consuming. Just a few couple of steps to get things done.

At first, you have to turn on streaming to other devices on your Xbox One. To turn it on, open Settings and go to Preferences.

After that, make a tick in the check box that is positioned before Allow game streaming to other devices. 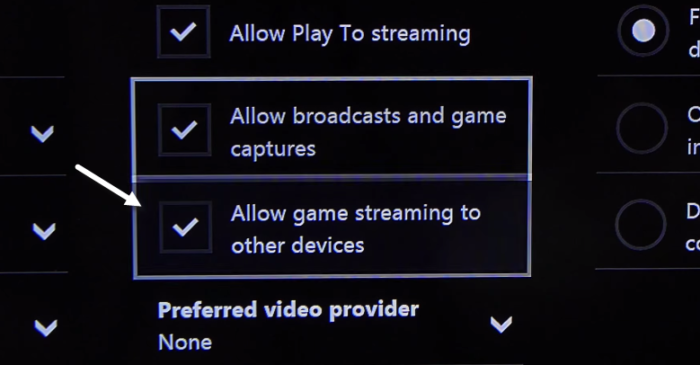 Then, open the Xbox app on your Windows 10 PC. You can find it on the Start Menu or you can make search for that. Following that, click on the Connect button that is positioned in your left hand side (under Settings button).

It will take a couple of second to connect. After that, you will be able to streaming Xbox One to Windows 10 PC.

Here are few important things you should know before trying to stream Xbox One game to Windows 10 PC.

Microsoft Windows 10 is going to have tons of new things and there is one. This is simply awesome feature for gamers. Instead of going somewhere, now they can play games right from anywhere.