Comments are a great deal regarding WordPress based blogs since, through them, people can interact with the author and discuss the subject matter, thus providing an invaluable addition to the original post itself.

What you are probably not aware of is that there are several alternatives for the default comment platform provided by WordPress. In this article I will talk about three of those alternatives: Disqus, Facebook and Google+.

Do not get me wrong, though: the commenting system provided by WordPress is very decent and does its job pretty reliably. But, in fact, it is not quite handy or visually appellative. 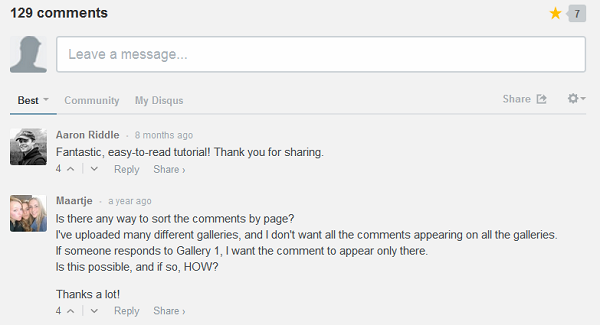 This is probably the most famous and well-known commenting system on the web. Disqus is a service specially designed for that effect and, introduced back in 2007, serves nowadays more than 750 thousand websites and blogs. For a more detailed picture on the Disqus’ market dominance, a study published in 2011 showed that 75% of all the websites using 3rd party comment systems were running Disqus.

Disqus is indeed a very nice service. It works (and has detailed instructions for each) with the most well-known blogging services on the web, such as WordPress, Tumblr or Blogger. From the user’s point of view, in order to use Disqus one needs only to create a free account on their website and,
from that point on, that same account is used on all websites running Disqus across the Internet.

This service has a pretty nice interface, allowing for custom avatars, up and downvoting, comment flagging and several other features. Another highly positive feature is that you do not have to refresh the whole page in order to refresh the comments, since Disqus platform can be singly
refreshed. However, some performance issues are often reported, such as loading times, which might represent an important setback.

Who would say that the bigger social network also had interest in WordPress comments? Once you think about it in the context that Facebook usually operates, always trying to obtain the higher amount of information possible from its users, it makes sense. In fact, the plugin is 100% official
and made available by Zuckerberg’s company itself. Please read – Advantages and disadvantages of Facebook comments for websites

The interface design found in this plugin is pretty similar to the social network one, following the same patterns and directions. In order to use this platform, users obviously need a Facebook account and, if the user is logged in on Facebook, there is no need for another login in order to
post comments using this service. 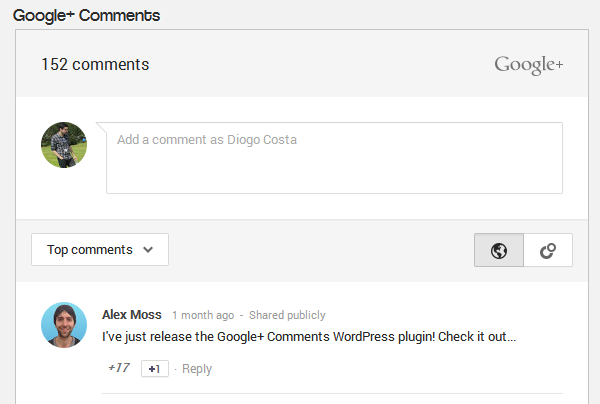 When Google presented its Facebook rival, Google+, this social network was widely praised for its simple, minimal and functional design. Since then there has been a growing interest into bringing such design and simplicity to the WordPress commenting world and, even though there is not an
official plugin (Blogger only), several independent releases were made available throughout the time, such as this one. Despite this fact, there is now a plugin available from the WordPress directory which actually not only provides this service, but also merges it with Facebook, Disqus
and others in a “tabbed” fashion.

Also originating from a social network, this plugin’s functionality is very similar to the one found on the Facebook plugin, but with a more sleek and minimal design, which personally pleases me more.

What do you think about these alternatives? Let us know in the comments!

How to Migrate Disqus Comments Back to WordPress

How to Enable Two Factor Authentication for Your WordPress Website?