25 Most Useless Apps Ever Made

There are surely thousands of apps today that provide real value and cater to one user problem to another, making even the most casual smartphone owners shell out chunks of money. But every market has it’s fair share of cheap quality items. And the app stores are not behind in the aspect. Check out the most useless apps ever made since the inception of the smartphone era –

This app was released on the iOS app store in 2008 with a price tag of US $999.99 (the app price limit allowed by Apple). Guess what the app did? Absolutely nothing! Well apart from showing you a 12 word message which goes – “I am rich, I deserve it, I am good, healthy and successful.” The app was apparently made for rich people who would have bought it without a hitch. And before it was banned from the app store within 24 hours, 8 people actually did buy it. Poor souls.

Imagine an app with a button that you can press. Well that’s pretty much it. This app is so useless that it makes it actually intriguing to download and try. And it also has 15 useless achievements and a useless world leader board! You have to try it out yourself to measure its uselessness because any sentence here would be an understatement.

A simulation of a beer can that empties itself as you tilt it. And what’s more, it even burps out for you. I mean, talk about useless things and this is right up there. And apparently it is so popular that the developers have a whole range of ‘iDrink’ products including iWater, iChocolate, iCola and iMilk. I think they are trying to target all age groups here. Interesting.

Ever felt any paranormal activity around you? This app will detect it for you! No not really. But the app description will surely make you believe so! According to it, it can detect uttered words by ghosts and that it is better than traditional ghost detecting equipment. Then, very conveniently, the description reads “we offer no guarantees of accuracy or any warranties, therefore, since results from this application cannot be verified scientifically the app should be used for entertainment purposes.” And even the comments add a cherry on the top. Well, I can’t be fooled mate! (silent introspection follows)

There is a lot of confusion regarding this idea. Can an app actually repel mosquitoes by emitting ultrasonic waves? This is, in fact, not a new idea but has been tried by numerous radio stations around the world as well to attract audiences. But a quick google search and you would understand that the idea has absolute no scientific backing and is completely nonsense. In some cases, scientists have even suggested that the apps may actually ATTRACT mosquitoes. Facepalm. 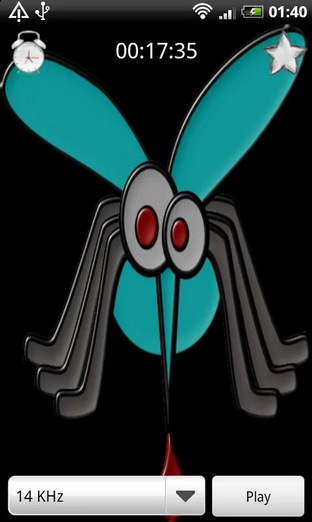 Pay a whole dollar just to poke a man on your screen. Seriously? Can it get any useless than this? The app was made as an anger management tool to let go of your frustration. But I think it may induce more anger rather than allaying it. Even the man himself looks irritating. 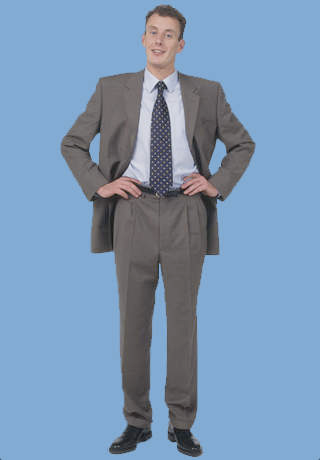 Whoever came up with the app idea is an absolute genius. Not because the app is commendable, but that he successfully fooled people to think so. Why would anyone use their smartphone’s screen to measure the weight of food ingredients like salt, sugar, flour and spices? Only a sadist person will put their phone’s durability through this ordeal. Not to mention the weights can be highly inaccurate. 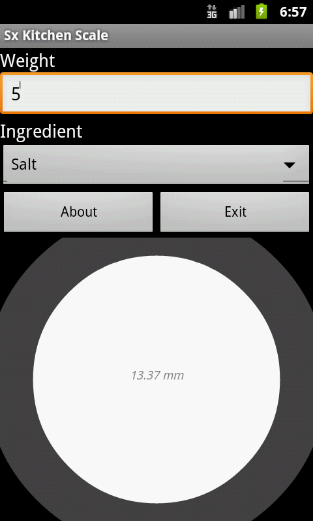 Hodor Hodor Hodor Hodor. This is all this keyboard will let you type. And you pay a whole dollar for this! Though, as per the app description, “if your password is Hodor, this is by far the fastest way to log in!” If you’re an avid Game of Thrones fan with some money to waste, go for this! 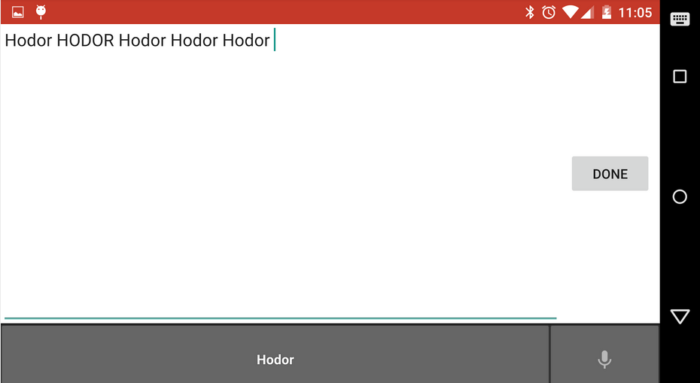 An app with a fan on the screen that starts rotating on touching. After the release some users actually complained that the app didn’t work as there was no air coming out of the phone. Later the developer had to edit the description to include an explaination that went – “This app will NOT actually cool you down…I can’t believe I had to clarify that. Wind will not blow through your screen. If you think you feel wind coming from your screen, seek medical attention immediately.” And also a disclaimer – “Android does not currently support blowing air through the device’s screen. Any cooling effect you experience while using this app is purely coincidental.” Wait for a phone update maybe? 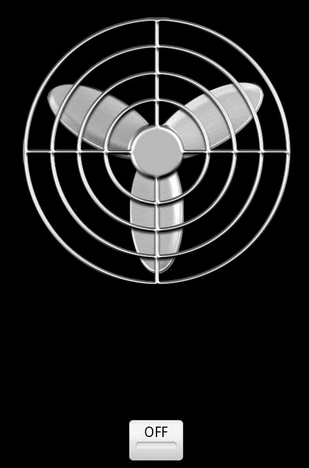 This is probably the least misleading app in the list as the name gives it all away. They term is as “the first multi-unfunctional app in the world.” It does not even require any technical permission to run. The trailer of the app is equally useless. No spoilers, see the ingenious trailer video yourself below!

You will love this app if you are a toilet humor person. It plays a toilet sound which may be triggered by a loud noise, movement or touch. That’s pretty much it. To try and make things more interesting, different sounds as well as toilets have been added. But would you shell out the price money for something like this? You can but you shouldn’t. 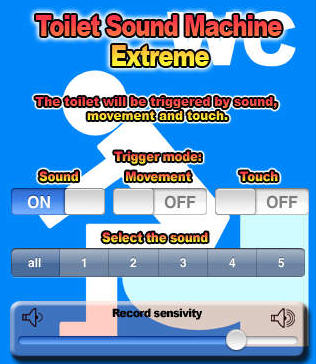 Why do apps like these even exist? I will never get the hang of it. As for the description goes, it is a prank app which apparently can be used to fool your friends and get some attention. The phone sensor is involved in the functioning as the shaver starts itself as you bring the phone near your face. 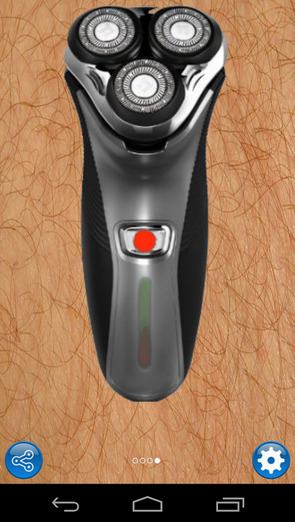 There is a mixed sense of understanding in the app world regarding it’s usefulness. Yo does what is says, it sends a neat ‘Yo’ to your friends which also have the app. You can also choose to send your location or reminders. The idea is not actually unique which makes us question its use. You can do whatever Yo does with other messaging apps too, maybe even in a better way.

One of the most useless apps ever, Taxi Hold Em displays a taxi sign on the smartphone screen and whistles so that you don’t have to. The idea is too simple to hold any value. Although it holds value for old people or those who can’t speak, but in that case it should have been marketed keeping that in mind. Maybe then they could have launched a whole chain of utility apps too. 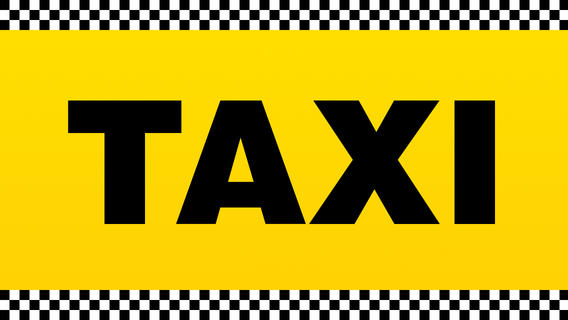 If I were the one to buy this app without reading it’s description, I would have killed myself. The app just let’s you toss a virtual cow as far as you can and displays you the score. I mean, why just why? What can possibly be achieved by being good at it. The app stores are getting weirder by the day.

From a cow that flies to a dog that licks. This is just a marketing stunt to make the girls download it and go aww over it. There are a host of dogs to choose from that apparently clean your screen by licking it. Not sure if it is cleaning or worsening the situation, but it definitely is useless.

Hold On is similar to Pointless Button but there is a twist in the tale. Instead of tapping the button time and again, you have to hold it for as long as you can. So even the twist is as useless as the idea. It shows you a timer and records your high scores. If you still think buying this is a good idea, please don’t forget that I warned you. 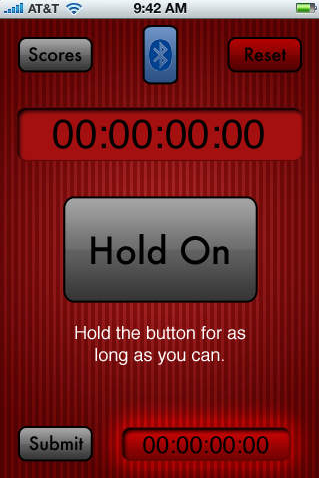 Do you need lessons in kissing? Just download this app on your iPhone and start making out with it. The app will rate your kissing technique based on your performance. If you are a good kisser, you can show off by sporting your score in front of your pals. Where in the world do people get such app ideas that easily fool the public? I big shout out for App Neutrality. (pun intended)

This is an app that promotes noise pollution at zero cost. It makes the phone speakers shriek out an annoying high pitched sound that, according to the app description, can help you stop a party getting out of hand. One of the weirdest and vaguest app descriptions I have ever come across. 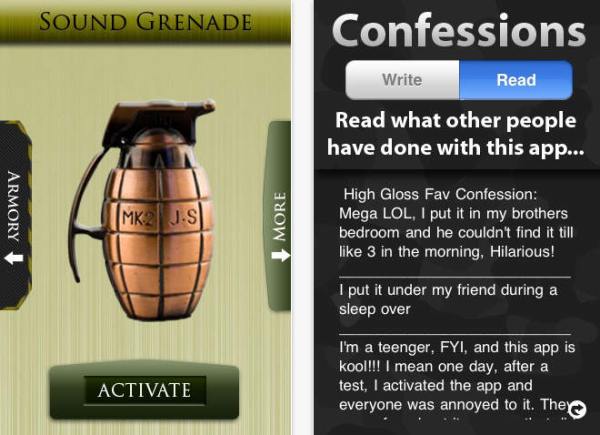 Pocket heat, when initially launched, used to turn iPhones into actual mini heaters by turning on every functionality of the phone, clocking the processor at full speed, and hence heating it up. I don’t need to explain it to you why this was a horrible idea (you could have had burnt internal phone parts), but thankfully Apple had an update and apps can no longer perform such stupid functions. Now you would just get an image of a burning coil in a dollar. So it’s as useless now as it was before. 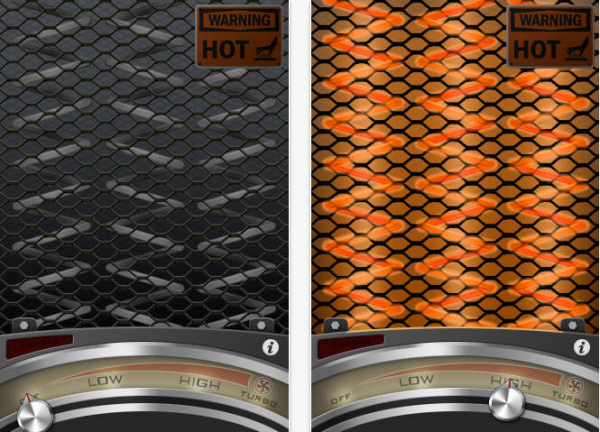 The weirdest app in the list. You open the app, and a girl just sits there watching you, continuously, all the time. According to the description, use the app when you are working or having dinner alone and “want to feel eyes from someone”. Even the language is weird. And to add a cherry on top, the girl gives responses to your voice and also gets upset when you touch the screen or pick up the phone. (facepalm again) 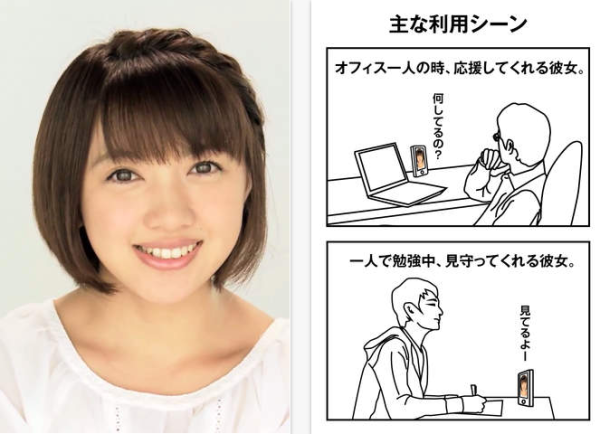 Mood scanner scans your thumb print and “discovers” your mood. Although we will give this one to the developer as he does not mislead and clearly mentions that the app is for entertainment purposes only. Nonetheless, it is still one of the most useless apps ever. 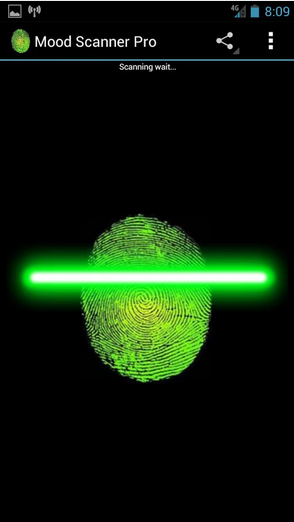 We have a lot of personality prediction quizzes which which give you results based on analyses of your responses. But What’s My Personality just scans your finger print with a touch and gives you a random personality. And to make things works it tags itself as a mysterious app. I call useless. 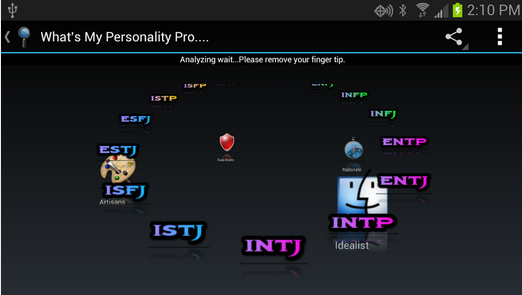 Spend 99 cents for a pair of monkey eyes that just stare at you and follows you at every angle. It makes uses of facial recognition to keep a track of the user’s face. It also responds to pokes. But that’s pretty much all you get for your money.

25. The Most Useless App Ever (Android-free)

How can I leave an app out of this prestigious list that calls itself the most useless app ever? You just launch the app, press a button and it closes itself. I will give it 5 out of 5 rating as it does what is says – absolutely nothing. 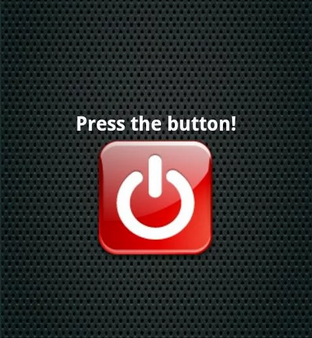 Image Source : The most useless app ever