If you own an Android device, but you are about to go to a place where internet connection is not available, you should install some games. Here are some of the best Android games that don’t require Wi-Fi or internet connection. Many times, we want to play some exciting games without consuming bandwidth. At such moments, you can install one of these games and start playing.

Special Forces Group 2 is a popular Android game that has a huge fanbase. No matter whether you search for action games, first-person shooting game, or anything like that, there is a high chance of getting this game in the search result. This game is available for free. If you want to play it offline, you need to download a pretty big package. However, online players do not need to do that. Before playing this game offline, you need to consider downloading the whole package. This game requires a proper hardware. That is why you get excellent graphics and options to play with.

You need to go ahead by building bases. Even after being a paid game, Crashlands has gained a lot of popularity over the years. If you love to play anime games, you can consider downloading it. It is a completely free game and compatible with Android 4.1 or later version.

1] Minecraft – The Most Popular Anime Game Of All Time

Although many people call it a strategy or adventure game, you can place it on this list as well. All the characters you build are animated. This game doesn’t require any introduction as it has been available for various platforms for a long time now. Although it is a multiplayer game, you cannot play it being offline. Download

You get missions, and you need to complete them. That is the main principle of this game. As mentioned, it is an anime game that has a huge number of users. If you have internet, you can take the benefit of various things including vehicles, gadgets, etc. However, if you do not have an internet connection, you might not get them all. Only basic stuffs are available in the offline edition. Talking about compatibility, you need Android 4.4 or later version to download this game. Download

Word Link is a word game for Android that doesn’t require internet or Wi-Fi. You just need to download the game from Google Play Store. Before downloading, make sure you have Android 4.1 or later version. If you have a kid and you want to teach him/her new words every day without the internet, you can allow him/her to play this game. It has some light music so that you or your kid can concentrate on the words only. 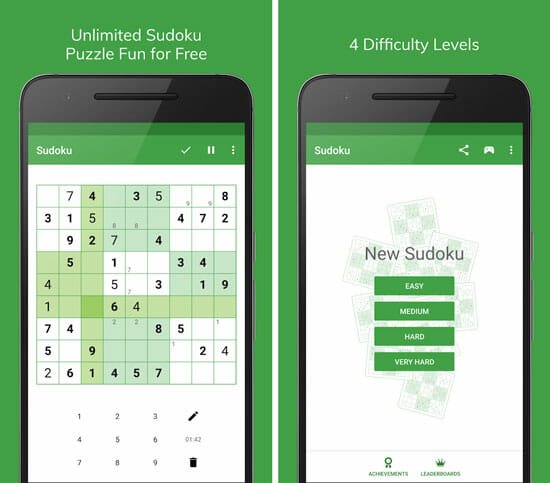 There are millions of people who like Sudoku. If you are one of them and you want to play Sudoku even when you do not have an internet connection, you should install this game. It is a free game, which is available for Android 4.1 or later version. It contains advertisements, but you won’t have any major problem because of that. It is possible to change the difficultness so that you or your kid can play it easily.

3] Brain It On – Physics Puzzle Game For Android

There are many people who like to learn while playing. If you want to do the same, and your field of interest is in Physics, you should try this game. This is a puzzle game but with a twist. You need to know fundamental physics to draw several objects to complete the puzzle. This is possible to play this game with and without the internet. If you have internet, you can share the result with friends as well. Download

If you have a little girl and she wants to play a cooking game on your mobile, you can install this simple game. It helps you teach simple strategy to cook something. The graphics are pretty good, and your kid should not have any problem playing this game if she has a basic knowledge of mobile. Download 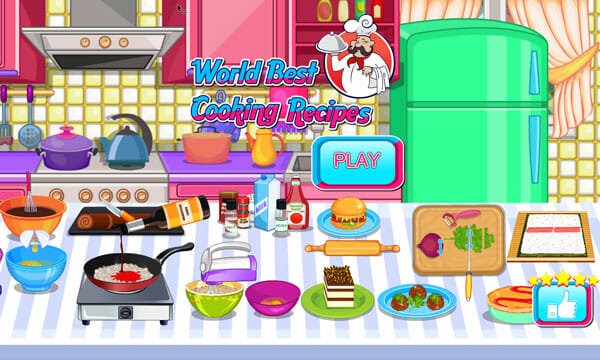 If the aforementioned game is not enough for your kid, it will fulfill her demand. It has a bigger list of recipes. Therefore, she can get more options, better user interface, a lot of stuff, etc. This simple kids game is available for Android 4.0 and later version, and you can play it without a data connection. Download

Carrom is an indoor game, which is quite popular in several countries, including India. If you are a carrom addict and you want to play it with a friend, you can install Carrom Pool. This is the most popular indoor game for Android that doesn’t require internet or Wi-Fi connection. If you have data, you can play online with other people. However, if you do not have that, you can call a friend and play one on one.

8 Ball Pool is yet another impressive game. It looks like a kid’s game, but it is not. You need to have a good knowledge of various angles to win a match. Internet-enabled mobile users can play challenge other players. However, if you do not have internet, you can polish your skill.