A Blu-ray disc can contain a considerable amount of data, and you can play it on your Windows computer. However, you should get a software to start enjoying the visuals. For that, you should check out this article where you can find some of the best Blu-ray DVD players for Windows 10. This is recommended to try them all as you can find a tool with more other features to fulfil all your demands. 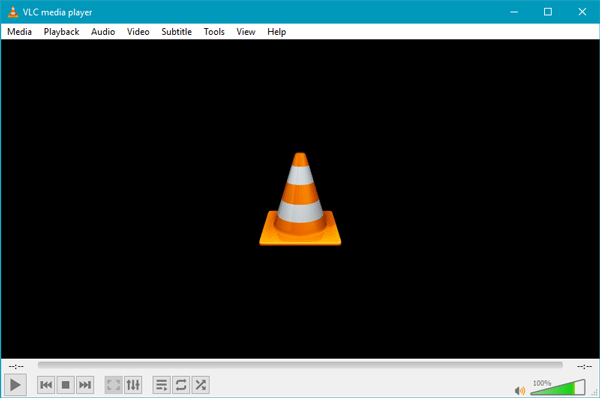 VLC Media Player is probably the best third-party media player for multiple platforms, including Windows 10. VLC comes with the most valuable features and good support from the company so that people can use it without any problem. No matter whether you have a Blu-ray DVD or something else, you can play that with the help of VLC Media Player. It supports a lot of different codecs to allow users to play something without any lag or glitch. From video to audio, it has a wide range of support irrespective of the platform. One little but the helpful thing about this tool is that you should download the 64-bit version if you have x64 architecture. Similarly, this is recommended to download the 32-bit version if you have x86 architecture. Download The full name of this tool is Wondershare Universal Converter, and it does what the same defines. This is mainly a video converter software for Windows 10, but you can play Blu-ray discs without any problem with the help of Wondershare UniConverter. Apart from playing videos, you can edit video, burd content to DVD, transfer video from one device to another, download something from the internet, and more. Although it has a free version, you can find several restrictions. On the other hand, the paid version doesn’t cost a lot as it is priced at $30/year/PC only. The user interface of this tool is uncluttered, and that is the last thing you should know about it. Download

No matter whether you have a 1080p or 4K video, you can play that with Blu-ray Master. This free Blu-ray DVD player for Windows 10 supports a lot of different file formats so that you do not face any issue while using it on your computer. For example, it supports MP4, MOV, M4V, MPEG, and more. On the other hand, it has the support for Blu-ray Disc, folder, and ISO images. The user interface of Blu-ray Master is pretty good, but it can be better. Talking about the system requirements, you should have Windows XP or later version, Intel Core2 Duo or later version, minimum 1GB RAM, etc. The most important thing is the internal or external Blu-ray drive. Otherwise, your computer won’t detect the DVD. Download If you like the ‘metro’ interface of Windows 8 or 8.1, there is no chance of disliking this too. It has a wide range of video format support apart from Blu-ray formats. For example, you can play AVI, MP4, MPEG, WMV, MOV, and more other formats without any hang or lag. The controls are easy to use, and they are always present on your screen so that you do not need to go through a lot of options to make use of them. Although Leawo Blu-ray Player is available for Windows 10 and some other versions, it offers a paid edition too. This premium version costs $45/year for one computer. As usual, the premium version has more file support, features, and guides than the free edition. Download 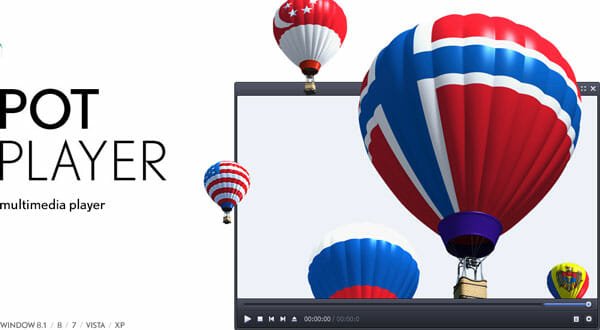 If you are missing the KMPlayer a lot, you can try out this Blu-ray DVD player for Windows 10 called POTPlayer. The user interface of this media player looks quite similar to the old KMPlayer. Apart from the standard features, you can play a 3D video if you have a 3D monitor and glasses. Like VLC Media Player, you should check your system architecture and download the version accordingly. Otherwise, you may face some compatibility issues – though any user on any public forum does not claim it. Like other tools on this list, it can play almost any video you have on your computer. In other words, you may not have to download another third-party media player after using it. Download VSO Media Player is a free Bly-ray DVD player for Windows so that you can play your content without any issue. According to this website, this tool is designed to be compatible with any Blu-ray files and folders. It can read DVDs and AVCHD .iso files. Apart from that, you can use Direct3D as well as GDI so that you can set the most suitable setting for your computer. As usual, it supports all the standard and rare video and audio formats so that users can use it to play any video they have on their computers. Although the user interface looks old, the included features can help you forget that. Download

Macgo Blu-ray Player is available for free, but it has several limitations. First thing first. You can purchase the premium version of this media player for $80. Now you should check out the features and option before judging it. The user interface of smooth, neat, and clean so that you do not face any problem despite using Windows 7 or Windows 10. It supports 4K video playback without any glitch. No matter whether you have 4K monitor or not, this tool can optimize the playback for your computer and play that with no lag. It supports SVCD, VCD, DVD+VR, etc. Apart from being a video and audio player, it can open images as well. For example, you can open JPEG, PNG, TIFF, BMP, etc. images without any problem. Download

These are some of the best Blu-ray DVD and video player for Windows 10. I hope they will help you a lot.