If you do not want a DSLR all the times, but you do not want to compromise with the video quality as well, you need to check out these mobiles for recording DSLR like video. Although you might not get huge functionalities like a DSLR, you will be able to record videos without any problem.

Let’s assume that you are a vlogger, who records video all the times. There are many places where a digital camera is not allowed, but you can enter with a mobile phone. Also, let’s assume that you are traveling somewhere, but you forgot to carry your DSLR. On the other hand, there are many people, who don’t like to carry all the lenses and equipment to set up a DSLR camera and start recording video. If you want to get a light-weight device to record video, the mobile phone is the best thing.

However, not all the mobiles have the same camera, and that is the reason why you should check out this article, where you can find some of the best camera mobiles those are capable of recording top-notch video

Apple is popular for various reasons, and the camera is one of them. From the initial days, Apple has included a great sensor in their cameras, and iPhone XS Max is not an exception. On paper, you will get 12 MP camera with 26, wide angle lens with f/1.8, Not only that but also you will get another 12MP camera with 52mm lens with f/2.4. Meaningless to mention that this is a telephoto lens. To be more specific, you will get optical image stabilization in both lenses. The telephoto lens is capable of 2x optical zoom. Talking about video recording, you will get able to record 4K video at 60FPS as well as 30 and 24 FPS. If you use an external mic for recording video, that is fine. However, if you don’t have an external mic, you should know that the audio quality of iPhone XS Max is very soft, but it records almost everything. If you are thinking about the selfie camera, you will get a 7MP 32mm lens with f/2.2, and this is a standard lens, which is capable of recording up to 1080p video at 60FPS.

Galaxy S9+ is a huge device with a great display and smooth touch. As we are talking about the camera, you should know that you can get dual camera setup – just like iPhone XS Max. More specifically, you will get 12MP 26mm wide angle lens with f/1.5-2.4. On the other hand, you will get another 12MP 52mm telephoto lens with f/2.4. Being said that, Samsung is the first mobile manufacturer, which launched mobile with changeable aperture. You can see the changing of aperture if you face the rear camera. The same thing is available in Galaxy S9 as well. Talking about video recording, you can record video at 4K at 60FPS. This camera has optical image stabilization as well as electric image stabilization. Talking about the front camera, you will get an 8MP 25mm lens with f/1.7, and this particular camera is capable of recording 1440p video at 30FPS. Almost all the features are available in Galaxy S9. Therefore, if you do not want to dual camera setup and you are happy with the single camera, you can opt for that mobile as well. 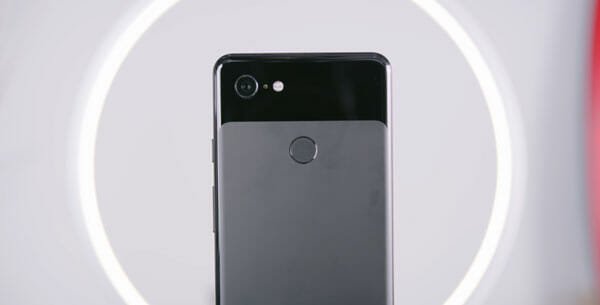 Pixel 3 XL is one of the best devices to capture images. However, that doesn’t mean you cannot get the top-notch quality while recording video. This phone is capable of doing a lot of things as it is equipped with AI, according to Google, the web giant. Although you cannot find a huge difference in Pixel 2 XL and Pixel 3 XL camera, the latest variant is capable of producing much better video. On paper, you will get a 12.2MP 28mm lens with f/1.8 on the rear side. It has all the common features including HDR, dual LED flash and so on. The disadvantage of this mobile is you cannot record video at 60FPS when you have a 4K video mode. However, if you want, you can record 120FPS video at 1080p. It has gyro-EIS, which makes the video smoother even if you are jumping on the ground. The advantage of having this mobile is the front camera. It has dual front camera setup. First one is an 8MP 28mm lens with f/1.8 and the second one is 8MP 19mm f/2.2 lens. The front camera setup produces 1080p video at 30FPS. 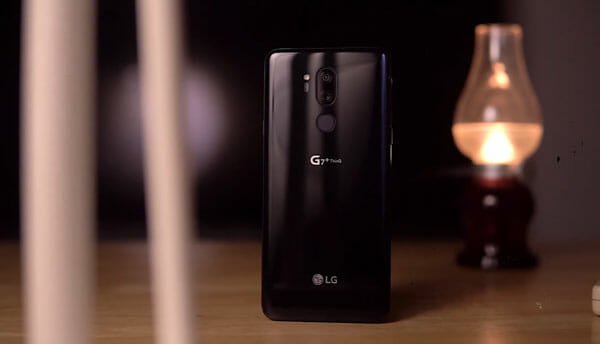 LG is might not in the trending mobile section, but they keep producing top quality mobiles for consumers. LG G7 Thinq is more than six months old, but it is still one of the best mobiles for DSLR like video recording. It comes with a dual camera setup on the rear side. Being said that, you can find a 16MP 30mm lens with f/1.6 as well as a 16MP 16mm lens with f/1.9. This is needless to mention that you can find OIS, EIS, PDAF, and laser autofocus. Regarding video recording, you can record 4K video at either 60FPS or 30FPS. The audio quality of this mobile is pretty good, and you might not need an external audio recorder for your vlog. Although the 1080p video function doesn’t have 120FPS option, you can find 240FPS at 720p. This is useful when you are making a slow-motion macro shot. Apart from that rear camera, you will get the 8MP 26mm lens on the front side with f/1.9. This particular camera is capable of recording 1080p video at 60FPS.

There are more other mobiles those have a great camera. For example, the Pixel 2 XL, LG V30, Huawei Mate 20 Pro, and so on. Hope this article would be helpful for you.