Best Offline Games For iPad You Can Download Today

iPad is an excellent device for reading books, watching movies, doing office work as well as gaming. No matter whether you have an old iPad or a new one, you can undoubtedly download some games and play them without any data connection. Here are some of the best offline games for iPad. You may need to download a small package for some games, but most of them do not require such things. 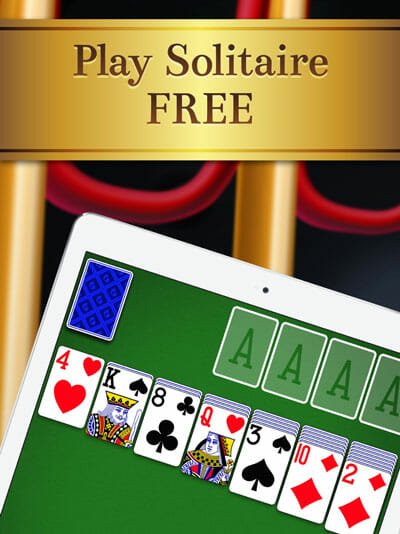 Solitaire is one of the best card games for iPad. It was launched a long time ago, and it didn’t bore anybody till date. If you like to play a card game without an internet connection, you should download the Solitaire app. It is available for free, and you can find four different card games in this app. In case you want Premium Status, you need to pay $1.99/month or $2.99/month for six months, etc. Download 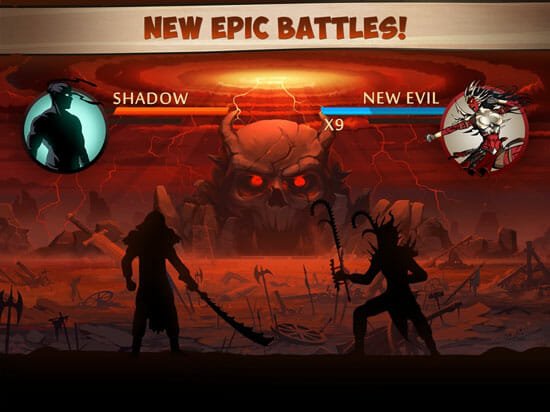 Shadow Fight 2 is available for iOS 9.0 running iPhone and iPad. As the name defines, this is a fighting game you can play without any internet or Wi-Fi. It is a martial art category fighting game with beautiful graphics and features. You can choose various weapons from the list, customize the background, and so on. It is possible to perform various tricks and personalize them accordingly. Download 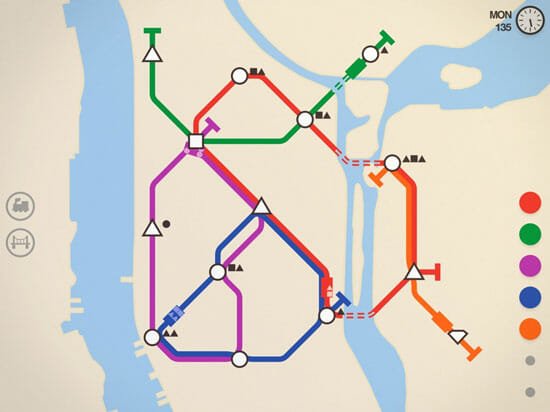 Mini Metro is for those who want to spend some time with one game. This is a brain game, but it doesn’t look that much intense. In simple words, you need to create a transit map for virtual people so that they don’t get late while going somewhere. If they arrive late because of slow transport, you lose. Mini Metro costs $3.99, and you can download it for iOS 8.0 or later version. Download 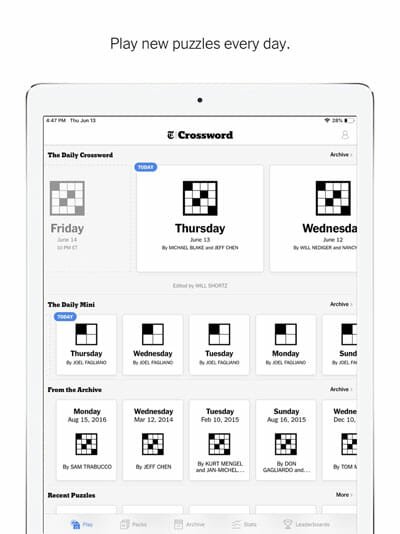 If you like to play a brain or strategy game on your iPad without Wi-Fi, you should take a look at this game called New York Times Crossword. This is the official crossword game made by the NY Times. Like any other crossword puzzle game, you can find some puzzles that you need to solve. It receives updates every day. However, if you do not have an internet connection, you may not get the update. Regarding compatibility, you need iOS 11.0 or later version on your iPad. Download 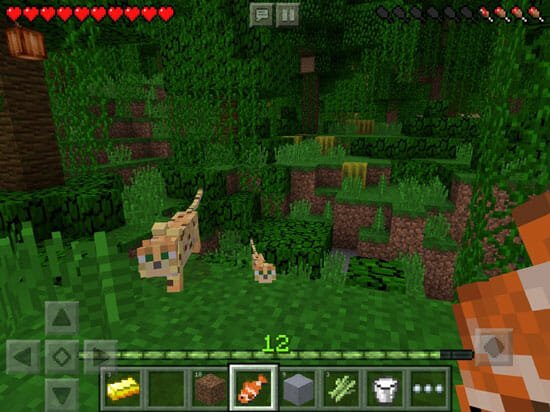 Who doesn’t want to build a city according to their wish? If you like to do so, you can install Minecraft, which is a world-building game for iPhone and iPad. You can place everything as per your desire and make a city for yourself. This is the best game to show your creativity and share it with friends. This is not a free game, and it costs around $6.99. You can download it on iOS 8.0 or later version running iPad. Download

If you like to play a racing game on your iPad, you can try Asphalt 8: Airborne. If you make a list of the best car racing games for iPad, you will find this game on the list. From graphics, features to customization, everything is top-notch. There should not be any lag or glitch while playing this game on your iPad. If you are interested in downloading this game, ensure that you have iOS 9.0 or later version. Download 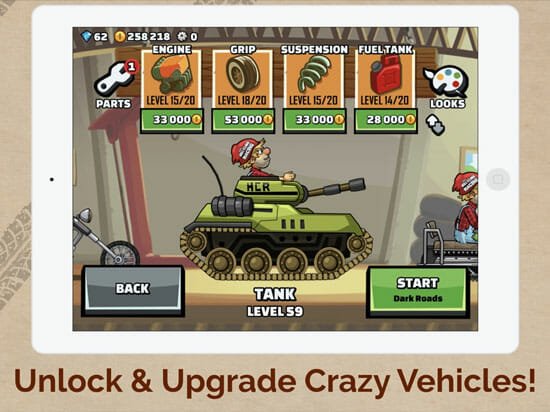 If you like to play driving games on your iPad, Hill Climb Racing 2 will certainly grab your attention. You need to take things slowly – unlike Asphalt 8: Airborne. As the name suggests, you need to climb hills with 4×4 SUVs. This is possible to handle speed, brake, etc. like any other driving game. You can change your character, customize default character, and others. This game is compatible with iOS 9.0 running iPhone as well as iPad. Download 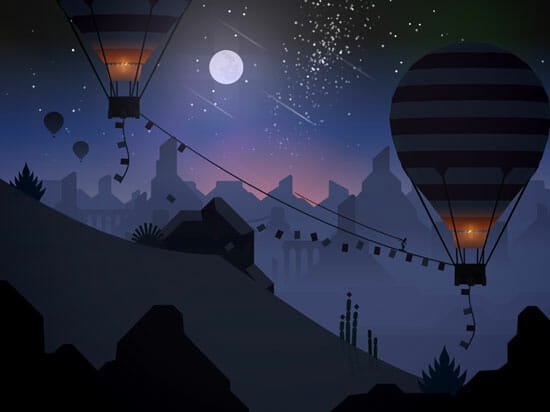 If you want to play a ‘journey’ related game on your iPad, nothing can beat Alto’s Odyssey. The Apple Design Award winner has proved it multiple times with various updates. Alto is the name of the main character, and you need to explore multiple places with Alto to find different locations and all. This is a sandboarding game that you can play on the iPad without an internet connection. The graphics are pretty good, and you should not find any issue while playing this game on your old iPad as well. It is available for all iPads running iOS 10.0 and later version. Download 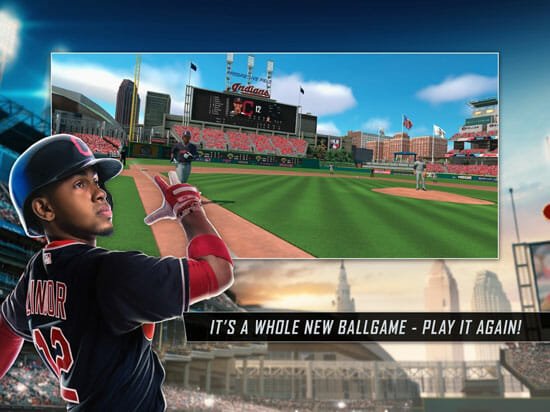 If you like to play Baseball, you should find this game very interesting. All the characters, fields, gallery, etc. look quite realistic, and that is the main reason why this game is so popular among kids. You can play with the preset team, create a custom team by selecting from over 100 legends, and others. It is not available for free, and you need to pay $4.99 to purchase it from the Apple Store. If you are ready to download, make sure you have iOS 9.0 or later version. Download 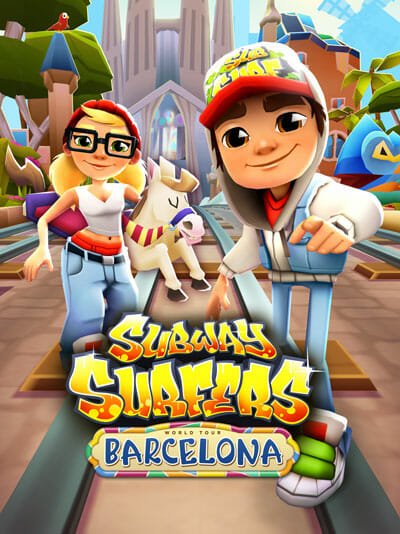 Subway Surfers, Candy Crush, etc. were released at almost the same time. However, Subway Surfers is a more accessible game for toddlers that anybody can play without a data connection. The rule is straightforward in this game. You need to collect as much coin as possible without getting caught. In between, you can use various cool boosters to make things easier. Although it is possible to download it for free, you can find some in-app purchases, but they are not necessary if you are good at this. Download

These are some of the best iPad games that won’t require a Wi-Fi connection. You can play these racing games, action games, adventure games, etc. on your iPad without mobile or Wi-Fi network.