Android beats iOS when it comes to gaming. It doesn’t matter whether you are a new Android user, or you have been using this platform for a couple of years, you can certainly find some top-notch games to pass your time. If you are looking for some of the best shooting games for Android, this article is for you. You can find some of the best offline, online, multiplayer, and various other shooting games for Android.

Hitman Sniper is one of the best offline shooting games for Android. The graphics is pretty cool, and you won’t find any glitch. Hence, it doesn’t matter if you have Android 4.1 or 9, you can definitely install Hitman Sniper and start playing without having the internet. However, if you have internet, you can access more other features and unlock different things. It comes at free of cost, but you need to spend some money to purchase weapons and all. 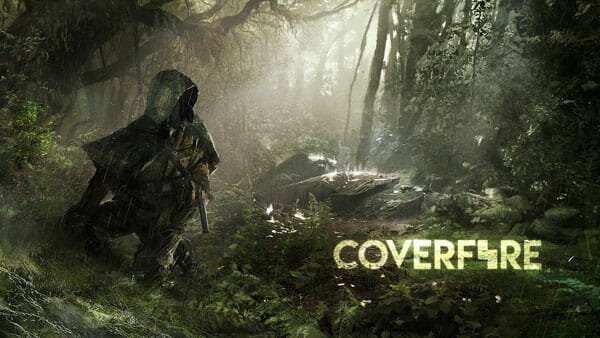 Cover Fire will amaze you if you like strategy games. These kinds of games are quite different than usual, and you can find this category pretty interesting. HD graphics, modern control, etc. are some of the highlights of this game. If you have internet, you can set up your squad and start playing being into a team. Cover Fire is available for Android 4.1 or later version.

Kill Shot Bravo looks quite similar to IGI and IGI 2. The graphics, weapons are much identical to those old games. Having said that, you should not expect great graphics like the other three games. However, the provided graphical pictures will make you an addict for sure. As usual, the internet connection will let you access more features. Talking about availability, you need Android 4.1 or later version to download this game.

Since last year, people have been playing PUBG, which has become a time-wasting game for many people. Countless people play this game every day. PUBG is probably the best game Google Play has even got. Being a multiplayer game, you must have valid internet connection and a well-configured mobile to play. This game is compatible with Android 4.3 or later version.

Nobody like bad graphics and therefore, nobody should hate this game as it has the best graphics you can find. Being available for Android 4.0.3 and later version, it gained a lot of popularity because of features. It allows you to create a team, fight with each other, get into the world leaderboard, etc. No matter whatever shooting game you have played, you should try this one. Download

As the name suggests, you need to have a valid internet connection to play with your friends and other online players. Being a multiplayer game, Infinity Ops has got more than 5 million downloads from the official repository. Many games come with hectic controls that hurt the user experience. However, that won’t happen with this game since it has pretty good control with comprehensive instructions.

If you like to play AR games, Gun Camera 3D Simulator might be a great option for you. Although this kind of game is not that developed like other mentioned games, you should get a different experience while playing. You can shoot various objects around you with a real-looking gun. You need to have Android 4.1 or later version to download this app. However, it is available for free.

iGun Pro is another pretty good AR or camera shooting game for Android. Like the aforementioned game, you can shoot different objects with your gun. It allows you to play with various firearms. According to the official statement, it offers more than 420 guns to play with.

You might find it offensive, but many people love this game. Instead of shooting at your friend, you can play the same with various animals. It offers more than 60 different regions across the globe. You can choose any place and start playing, aka shooting. It has a simple strategy. Either you need to hunt down all the animals or be hunted by them. Download

You need to hit the first person you find after starting the game, or that person will hunt you down. This is what its like to play this particular game. Although the graphics look pretty old-school it doesn’t affect the gameplay. Download

Into The Dead is one of the best zombie shooting games for Android, which is compatible with Android 4.1 or later version, and you can download it for free. You might already know that you need to kill the zombies to get a win. For that, you need to go through various stages, buildings, etc. It looks quite real-life. So, be alert!

Dead Trigger was a great game, and Dead Trigger 2 is the successor of that game. As usual, you need to hunt down some zombies. You can use various weapons including firearms, arrows, etc. According to the download page, it offers more than 50 types of weapons. However, not all of them are available for free. You need to spend some money to unlock all the features.

Zombie Frontier 3 is yet another awesome zombie shooting game for Android, which is compatible with Android 4.0.3 or later version. Although you can download it for free, you need to unlock different features and weapons by spending money. The graphics of this game is pretty good, and you should find any bug or glitch while playing this game.