It’s been a quite long time since both of the mobiles have launched. Although, Samsung Galaxy S6 has been available since couple of months but Nexus 6P is now available in most of the countries through Google Play and eCommerce websites. Although, so many people are using these mobiles and they are sharing their opinion, yet, many other people are still confused because of them are having some great features. Nexus 6P and Galaxy S6 are both high-end mobiles and they have features according to the price.

This is Huawei has made a really stable mobile since there is a tie up between them and Google, the web giant. On the other hand, Samsung is not going to give up. In fact, they are working on betterment and as a result, they launched Galaxy S6 in Q2 of this year. If you are still confused whether you should buy Nexus 6P or Galaxy S6, do check out this comparison of their features and specifications so that you can realize the better mobile.

No doubt that both of them have much better looks that other same range mobiles. Although, Samsung gas made few little changes in the UI, yet, they are still carrying the old tradition throughout this mobile. On the other hand, Huawei has successfully implemented a decent look into Nexus 6P, which results better than Samsung Galaxy S6. The back panel of Nexus 6P is quite different as the color combination is different. However, you can find the nexus logo, camera, flash etc. in the back panel. On the other hand, the same things are available in Samsung mobile with their own logo. This time, Samsung has used their traditional logo print instead of the way they have used in some Note series mobiles. You can find a difference between the dimension as it is 6.27 x 3.06 x 0.29-inch for Nexus 6P and 5.65 x 2.78 x 0.27-inch for Galaxy S6. But, there is a huge difference between the weight since Samsung Galaxy S6 weighs 138g when Nexus 6P weighs 178g. This is where Galaxy S6 excels.

As mentioned before, display is always important in all types of mobiles. Here, you should not get any problem in both of them. Obviously, the display sizes are different in Huawei and Samsung mobiles but the color production should not come with a major distinction. Anyway, you will get 5.7-inch AMOLED capacitive touchscreen on Nexus 6P and Super AMOLED capacitive touchscreen in Galaxy S6. Both of them are having same technology, yet, you will get little better display on Samsung Galaxy S6. Although, there is no difference between screen resolution and color depth, but, the pixel density is not same. The pixel density of Galaxy S6 is ~577ppi and Nexus 6P is ~518ppi. The most important thing is both of them have Corning Gorilla Glass 4. The plus point of Nexus 6P is you will get Oleophobic coating. 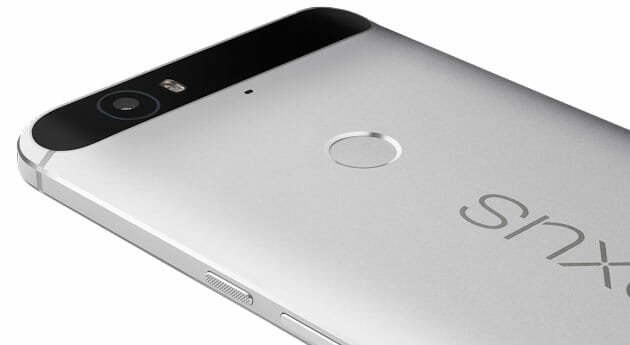 There is no doubt on the hardware of these two comparable mobiles. Both of the manufacturers have included loads of awesome features in their mobiles. You will get Qualcomm MSM8994 Snapdragon 810 in Nexus 6P and on the other side, you will get Exynos 7420 in Galaxy S6. Although, both of these chipsets are 95% same, but there is a small difference in memory and of these two chipsets. Considering all the things, Snapdragon 810 should be better than the other one. Obviously, you will get quad-core processor with a clock speed of 1.55GHz and 1.50GHz respectively. As the chipset supports, you will get Adreno 430 GPU in Nexus 6P and Mali T760MP8 is available in Galaxy S6. Although, these two different GPUs have same specifications, yet, most of the professionals often vote for Adreno.

In terms of memory, these mobiles have no difference as they have 3GB RAM each. There is no microSD card slot but you can get minimum 32GB and maximum 128GB internal storage. They both are available with same internal storage.

There is no doubt that Samsung’s camera is far better than Huawei camera but this time, you should think twice before purchasing it as a mobile photographer. In Samsung Galaxy S6, you will get 16MP camera with all the regular features, optical image stabilization and a resolution of 2988 x 5312 pixels. However, Nexus 6P comes with 12.3MP camera with laser autofocus, dual-LED flash and a resolution of 4608 x 2592 pixels. You will get another difference when trying to record video using those mobiles. This is possible to record video in 2160p@30fps, 1080p@60fps, 720p@120fps using Galaxy S6 but 1080p recording is not available in Nexus 6P. On the other hand, you will get 8MP camera in Nexus 6P but 5MP camera in Galaxy S6.

If you are still having problems to choose one, you should know that Galaxy S6 has infrared port but Nexus 6P has no such things. On the other hand, you will get Corning Gorilla Glass 4 in the back panel of Galaxy S6. The most interesting thing is Samsung Pay is included in Galaxy S6.

Which one is better now? What do you think?