After a quite long time, Karbonn is about to reconstruct their business in India and as a result, they have launched a brand new mobile named Karbonn Quattro L50 with some decent configuration and features. This is comparable with Coolpad Note 3 Lite as the features and specifications are quite same in both mobiles. As said, you will get a few good features and moreover, the looks of this device is good enough – according to the teaser image. If you are willing to buy a new mobile or just want to check the specifications of Karbonn Quattro L50, here you go. You will know everything what you should know about this mobile. 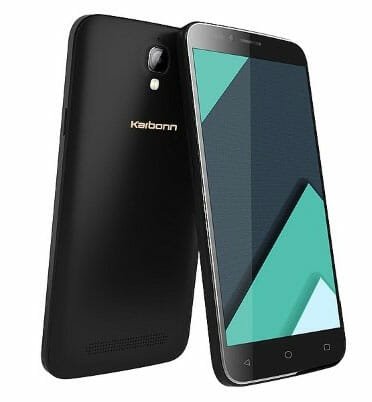 According to the teaser image, this mobile looks very good and there is no way to compromise it from the side of overall design. On the front side, you will get three touch sensitive physical buttons for home, back and recent apps. On the other hand, the upper portion is consisted to serve sensors and camera. At the same time, you will get a glossy back panel, where you can find camera and flash. Karbonn Quattro L50 isn’t too big as the dimension is 141 x 71 x 9mm and it weighs 136gm only.

Talking about the display, you should know that you will get 5-inch IPS display with a multi-touch and 16M color density. For protection, it comes with Corning Gorilla Glass 3, which is readily available in another same range mobile called Moto E. The screen resolution of this mobile is 720 x 1280 pixels. No matter, what chipset or CPU you will get, but the display is fantastic without any doubt.

In terms of CPU, this is very competitive as it comes with MediaTek chipset, which is common in Karbonn mobiles. You know that MediaTek motherboard is pretty good and it can handle heavy games and apps as well as multitasking. Therefore, you won’t get any problem as there is 1.3GHz quad-core processor to support it. On the other hand, Mali 400 GPU is also included in Karbonn Quattro L50.

Things are good when it comes with storage or memory. You will get 2GB RAM with this mobile, which is quite common now. On the other hand, 16GB internal storage is also included, which can be extended up to 32GB using microSD card.

Camera is another plus point for this mobile as you will get 13MP rear camera with LED flash. Talking about the features, you will get geo-tagging, touch to focus, face detection, panorama, HDR etc. The most important thing is this is possible to record video in 1080p using this camera Apart from that, you will get 5MP front facing camera as well. Obviously, you will not get as good photo as it is on Samsung, Motorola or HTC mobiles, but the photo quality won’t be bad either.

This is needless to mention that you will get Android but the version is Android 5.1.1. Unfortunately, Karbonn has not announced anything about the Android Marshmallow update. This is certainly a drawback.

This mobile is capable of providing up to 220h standby as it comes with Li-Ion 2650 mAh battery with this mobile. This battery will provide up to 8h talk time on 3G.

In terms of network and connectivity, you should know that this is a 4G LTE enable mobile, which comes with other regular connectivity related features. For instance, you will get EDGE, GPRS, Bluetooth, Wi-Fi, GPS and microUSB 2.0 port for connection.

This mobile is priced at Rs. 7880 only, which is affordable for entry-level mobile buyers. What do you think about this mobile? Will you recommend it to your friends?