If you have a keen interest to build an iOS app without any coding knowledge, you might have tried tons of websites to do so. MobileX Labs is one of the best website to build iOS app at free of cost. Their previous MobileX labs is now known as Nativ.

Nativ is the rebranded version of MobileX Labs and you can get more flexibility at Nativ. Although, there are many iOS app development websites but Nativ is far better than that because of it’s usability. Anybody can us this development kit having zero experience. The most beautiful thing is Nativ provides a better dashboard to build a landing page for your developed app and also provides better statistics to optimize your apps.

The co-founders of Nativ, Kiran Panesar and Dan Novaes have developed many other social media clients but Nativ is one of their best development projects. They also developed an Instagram client that helps them to get $1.5 million as fund to grow that startup. Hence, they have rebranded Nativ to provide more advantages than other similar apps.

Nativ is a very easy to use iOS app development service that is generally available at free of cost. However, you need to purchase a premium account to get ore other features. One premium account costs only $49 per month.

You can develop different types of app including app for bloggers, writers, foodies, photographers, musicians and so on. Although, this is still is beta version, but you can get a better option in Design section. This is true that the number of layout is limited but I am sure that you will love those existing layouts for your app. 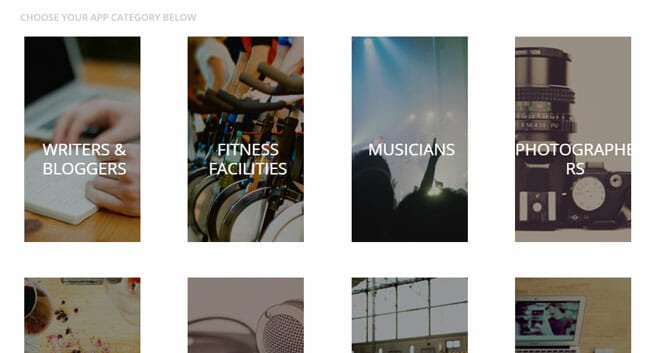 After creating an app through Nativ, you can preview that and obviously, publish that. You know that if any business needs success that should have 20% of great content and 80% promotion. Therefore, to promote your published app, Nativ provides a better interface to create landing page to so-called Micro Site.

In the coming update, this service will let you add device mockup around your screenshot like PlaceIt. Apart from sharing on Facebook, twitter and other social networking websites, you can get a complete access to customize your own micro site. It takes only a little amount of time to build a better landing page for your app.

Although, Nativ has no such analytics to optimize users’ interactions until now but you will get that in near future in the upcoming update.

The app development interface is pretty much attractive. You can check the live update on your right hand side. The most beautiful thing is there is no need to save any change manually since it saves all the changes automatically. Anyway, you can choose various layouts, background image, icon and color schemes. 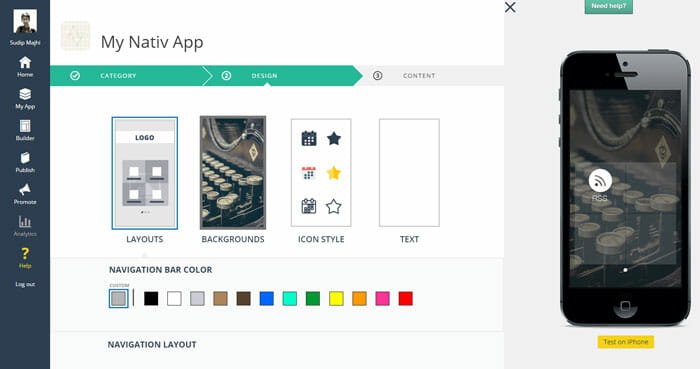 This is also possible to use your own logo in the app. Nativ knows the power of promotion. That is why they have integrated different social networking websites inside the app.

You can obviously use other iOS app development kits at free of cost but Nativ is far better than most of them. It has more features than just development.

What do you think about this?